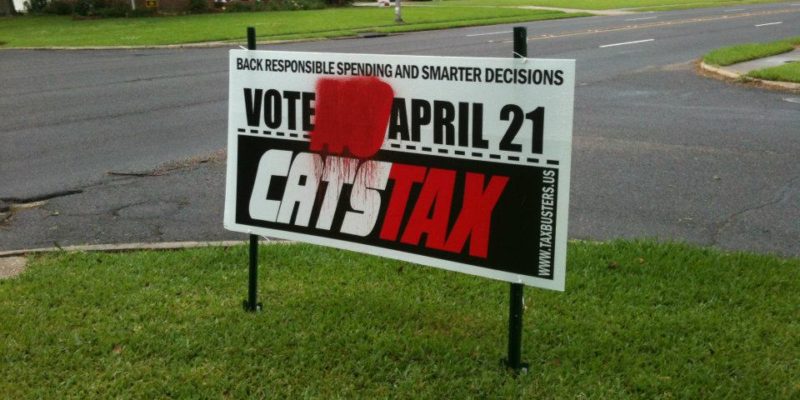 The folks reading the Hayride from Baton Rouge probably already know that on Saturday there’s an election whereby the government and a bunch of lefty groups want to jack up the taxes so they can throw a bunch of money at the bus service nobody rides.

We’ve had a couple good posts here last week on it – John Conroy, who’s running for mayor, had one and Alex Velasquez, who’s with the Taxbusters group opposing the bus tax, had another.

It’s a pretty contentious issue, though it looks like a consensus of the people who’ve studied this thing think it sucks. The Baton Rouge Business Report was for that stupid bond issue the mayor did, and they think it sucks – not once but twice. And even the Baton Rouge Advocate, which never met a tax it didn’t like, also thinks it sucks.

Which is how come you get this… 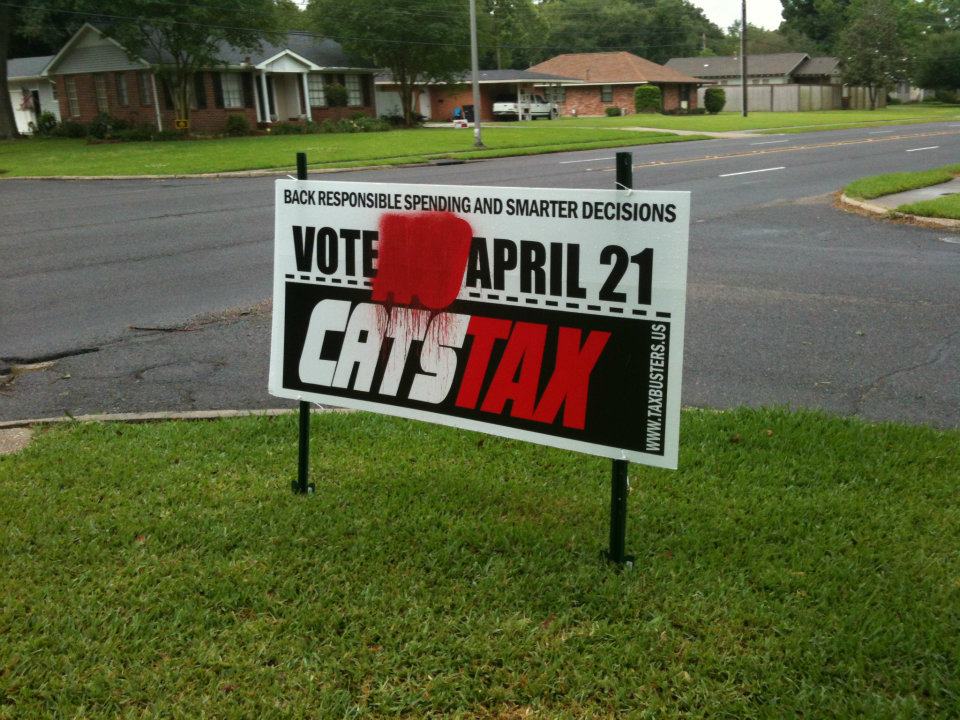 It doesn’t look like they’ve got a bus stop at that street corner, so maybe the cat with the spray paint can had to hoof it over there.

Oh, he had a car? Then what’s he wanna pay more taxes for?

We love election season around here.