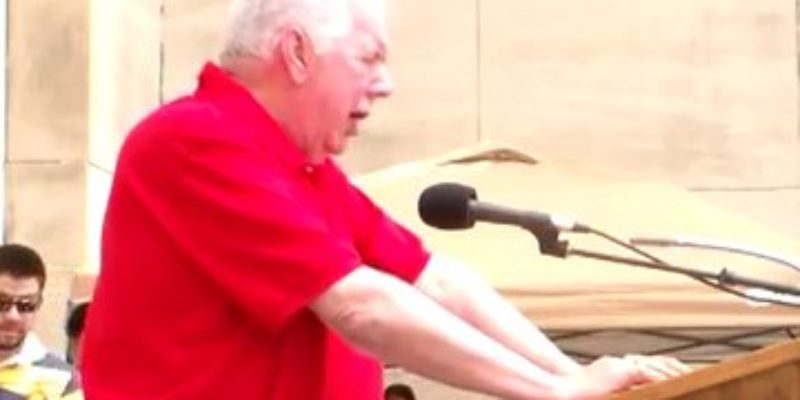 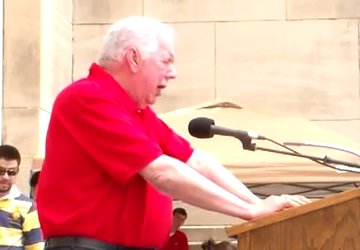 The reality lost in this matter of Jindal v. Teachers is the one having to do with the fact this legislation affects ALL of the people of Louisiana. The Teachers are merely the ones at the front of the pack with their disfavor for the effects falling directly on them. It’s appropriate they should have the right to protest.

But it becomes a Circus Sideshow when the leader of the Dead Donkey Party marches out to further enhance the vision he has for the resurrection of the burdensome beast. Mr. Leach does look good in red but he has no greater care for the welfare of the teachers than anybody else. It’s all about reverting to an antiquated version of the status quo; a status quo he and his party can’t remember has left the building with Elvis. Maybe it’s a collective form of Alzheimer’s causes this kind of behavior.

Louisiana’s historically been a low achiever in nationwide standings as they pertain to student scores and their appropriate ranking among their peers.  This makes Louisiana students less competitive in the job market. This results in longer durations of unemployment or subsequent under-employment in our newest members of the workforce.

We always ask; why? What’s wrong with the way we educate children? What about our system is so badly out of whack, our children suffer for it? What must we do to change this “death spiral” we’re involved in (the lethargic methodology of passing on the world’s collective knowledge the way we do) that’s going to make our kids much more competitive?

The first thing to recognize is the old saw about the hole. You know; when you find yourself in a hole and it’s getting deeper-STOP DIGGING DUMMY! Einstein said: “Insanity is doing the same thing over and over again and expecting different results”. Some people must step away from their egos and see they haven’t been producing the results they advertise. That indicates change is in order.

And, that doesn’t mean pulling irrelevant old donkeys out of the pasture and dressing them in a new red blanket. The blanket doesn’t diminish the donkey’s irrelevance and it sure as heck doesn’t make the old donkey run any faster or better when tested in the race. It only makes it more obvious the old donkey isn’t capable of being competitive leaving the gate.

For every six-year old the unions place at the microphone to parrot what their elders tell them to say, I can produce Gifted and Talented (G/T) students to speak their own minds concerning the failures of the present public school system. Year ago there was a column printed speaking to the issue of No Child Left Behind transforming into The Child Driven Away in the instance of G/T pupils.

The system’s been dumbed down so badly Louisiana students must reach up to touch bottom. They’re deficient because the accent hasn’t been on the needs of the student but on the production of higher test scores; and the needs of the system for more money, more time to accomplish the long-sought goals and time to cover their failures like spreading kitty-litter over the truth. But, the smell is still there and it doesn’t get better until you change the litter completely. The teacher’s and the system’s needs have historically come first.

The parent of a G/T student once told a school administrator, after the administrator loftily stated his greater knowledge of the kid’s needs: “you may be an expert on kids in general, but I’m an expert on my kid specifically!” This was just before the home-schooling career started.

The inability of teachers and administrators to produce what they advertise is bolstered by unions with their refusal to command improvements from their members. Unions want membership. Membership brings money (dues). Dues pay for organizing protest and profits after the event are transferred to union coffers to pay leadership salaries.

The challenge is still on the table: show us a labor leader makes no more than the average union member.

When you can do that, you’ll have something rarer than the gold all these people are chasing.

Interested in more news from Louisiana? We've got you covered! See More Louisiana News
Previous Article The Star Of The Senate School Choice Debate Was…
Next Article Lessons From Louisiana: Go Big or Go Home