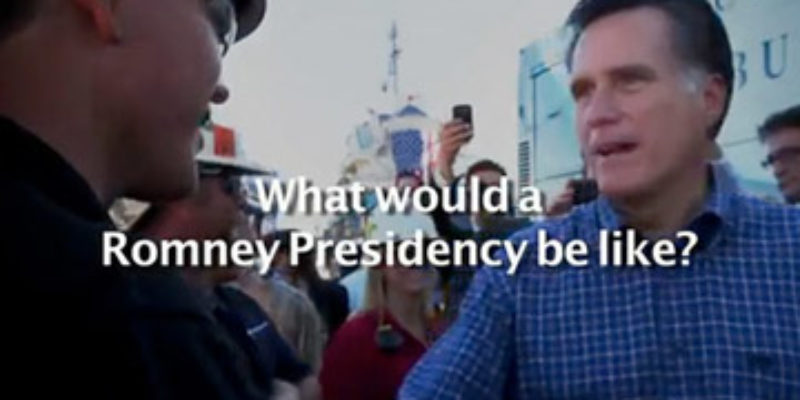 This really ought to be a whole ad campaign rather than one spot, and let’s hope it’s the first of a series of Day Ones.

But if all you’ve got is 30 seconds to work with, the Keystone Pipeline, tax reform and ending Obamacare is a pretty good way to go.

In follow-up ads it might be a good idea to talk about financial reform targeted toward making it easier to launch a startup, reeling in and reworking the EPA so it’s not a hindrance to the economy and individual freedom, reorganizing the federal government to cut waste and make its operations cheaper and less intrusive, prioritizing defense in the budget while making some relatively massive cuts to it, ending wasteful and corrupt investments in “green energy” and a few others.

Guess you can’t do all of that stuff on Day One. Doubt you could end Obamacare or pass tax reform on Day One, either, so we can allow some license.

Still, it’s not a bad strategy to pick out three things everybody knows suck about Obama’s presidency and doesn’t want to see continue, and say “you put me in there and that stuff stops immediately.”


Interested in more national news? We've got you covered! See More National News
Previous Article Dennis Miller Gets Results
Next Article Electing Republicans Is Like A Box Of Chocolates…