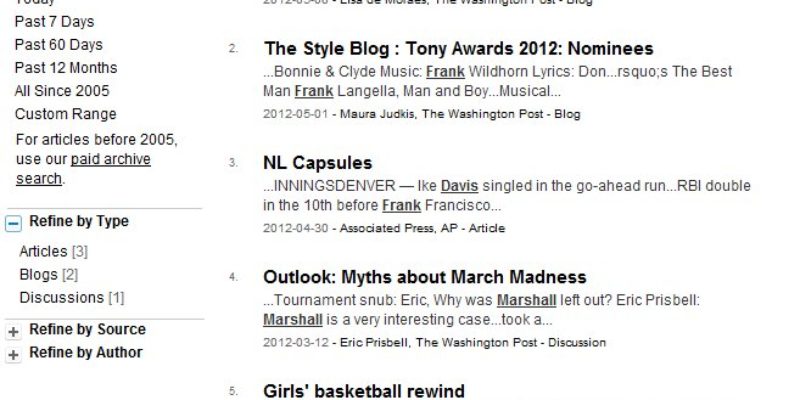 UPDATE: Hey, how ’bout that. Turns out that one of the WaPo’s sources for the Romney-Rape-Of-The-Lock story now says he was completely lied about in the piece. Via Breitbart…

While the Post reports White as having “long been bothered” by the haircutting incident,” he told ABC News he was not present for the prank, in which Romney is said to have forcefully cut a student’s long hair and was not aware of it until this year when he was contacted by the Washington Post.

“I always enjoyed his pranks,” said Stu White, a popular friend of Romney’s who went on to a career as a public school teacher and has long been bothered by the Lauber incident.

If you’re going to do a hit piece on somebody, it pays to actually have your ducks in a row.

The ABC News piece referenced by Breitbart has its own problems, as it paints the Romney campaign as scrambling, unsuccessfully, to find high school friends willing to get involved in backing the candidate – and then drops this bomb with an unnamed former classmate…

One former classmate and old friend of Romney’s – who refused to be identified by name – said there are “a lot of guys” who went to Cranbrook who have “really negative memories” of Romney’s behavior in the dorms, behavior this classmate describes as “like Lord of the Flies.”

The classmate believes Romney is lying when he claims to not remember it.

“It makes these fellows [who have owned up to it] very remorseful.  For [Romney] not to remember it? It doesn’t ring true.  How could the fellow with the scissors forget it?” the former classmate said.

The Romney campaign ought to put out a release with two dozen of Romney’s classmates offering complimentary quotes about his character and leadership qualities, while not giving their names.

“Mitt Romney is the is the kindest, bravest, warmest, most wonderful human being I’ve ever known in my life.”

Why not? It’s no less credible than what ABC News just did.

ORIGINAL: In case you haven’t read it, this morning the Washington Post put out a looooooooooooooong piece about Mitt Romney’s prep school days half a century ago.

Turns out that Romney used to be a smart-ass and a prankster. And apparently, one time he took a pair of scissors to a hippie kid’s hair – before the hippie kid got kicked out of school on the way to a trip to the booby hatch and a subsequent life as a vagabond and an expiration in 2004 due to liver cancer.

Most of the piece is actually quite good, and Romney comes off as a pretty good sort who got as good as he gave from a bunch of typical high school kids. His dad ran American Motors at the time, which ultimately went out of business because it made crappy cars, and Romney caught hell from his classmates about that fact.

Naturally, though, the lede was that Romney cut the hippie’s hair, because it turns out that the hippie was gay.

John Lauber, a soft-spoken new student one year behind Romney, was perpetually teased for his nonconformity and presumed homosexuality. Now he was walking around the all-boys school with bleached-blond hair that draped over one eye, and Romney wasn’t having it.

“He can’t look like that. That’s wrong. Just look at him!” an incensed Romney told Matthew Friedemann, his close friend in the Stevens Hall dorm, according to Friedemann’s recollection. Mitt, the teenaged son of Michigan Gov. George Romney, kept complaining about Lauber’s look, Friedemann recalled.

A few days later, Friedemann entered Stevens Hall off the school’s collegiate quad to find Romney marching out of his own room ahead of a prep school posse shouting about their plan to cut Lauber’s hair. Friedemann followed them to a nearby room where they came upon Lauber, tackled him and pinned him to the ground. As Lauber, his eyes filling with tears, screamed for help, Romney repeatedly clipped his hair with a pair of scissors.

The incident was recalled similarly by five students, who gave their accounts independently of one another. Four of them — Friedemann, now a dentist; Phillip Maxwell, a lawyer; Thomas Buford, a retired prosecutor; and David Seed, a retired principal — spoke on the record. Another former student who witnessed the incident asked not to be named. The men have differing political affiliations, although they mostly lean Democratic. Buford volunteered for Barack Obama’s campaign in 2008. Seed, a registered independent, has served as a Republican county chairman in Michigan. All of them said that politics in no way colored their recollections.

“It happened very quickly, and to this day it troubles me,” said Buford, the school’s wrestling champion, who said he joined Romney in restraining Lauber. Buford subsequently apologized to Lauber, who was “terrified,” he said. “What a senseless, stupid, idiotic thing to do.”

“It was a hack job,” recalled Maxwell, a childhood friend of Romney who was in the dorm room when the incident occurred. “It was vicious.”

“He was just easy pickins,” said Friedemann, then the student prefect, or student authority leader of Stevens Hall, expressing remorse about his failure to stop it.

The incident transpired in a flash, and Friedemann said Romney then led his cheering schoolmates back to his bay-windowed room in Stevens Hall.

Friedemann, guilt ridden, made a point of not talking about it with his friend and waited to see what form of discipline would befall Romney at the famously strict institution. Nothing happened.

Of course, the people who talked to the Washington Post and were so troubled by the incident in question – the hair, the horror – are mostly Democrats. And the insinuation, one day after Barack Obama came out of the closet on gay marriage, is that Romney is a bully and a homophobe because he cut some hippie kid’s hair 47 years ago.

Erick Erickson at RedState is in top form taking this apart…

Now this is just silly. The Washington Post can’t be bothered to worry about Barack Obama’s college years, college transcripts, communist friends, cocaine use, or cop-killing plotters in whose living room he first launched his major political career, but they can get in the really way back machine to 1965 and Mitt Romney’s high school years.

Mitt Romney cut a hippy’s hair at his preparatory high school. A day after Barack Obama caved on gay marriage, the Washington Post “coincidentally” says Mitt Romney cut the hair of a boy who “was perpetually teased for his nonconformity and presumed homosexuality.”

Let’s leave out the fact that the kid who got his haircut was subsequently thrown out of school for smoking one cigarette, but we’re to believe that the assailants of his hair, witnessed by many, were ignored. Oh, and the guy who got is hair cut never, ever, evermentioned it, including to family, and died in 2004 so it can’t be verified. But a handful of students who now probably support Barack Obama have a crystal clear memory of events from 50 years ago. The people who were adults at the time of the incident and still alive have no memory of it, but remember Romney and said he was never a disciplinary problem.

Then Erickson gets to the heart of the matter, which isn’t that the WaPo is dishing details on Romney – they ought to be doing that, though clearly this is done in the most advantageous way possible to the Obama camp’s interests – but that the paper is still doing everything they can to keep John Q. Public ignorant about Obama’s background…

After four years of ignoring Barack Obama’s bullying of religious groups and others from inside the White House, it’s fair game to go after Mitt Romney as a supposed high school bully.

I guess we won’t hear the left whining any more when we mention Barack Obama eating a dog since, as they are quick to point out, he was a kid when it happened.

We have now had more in depth examination of Mitt Romney by the Gang of 500 than of Barack Obama.

We do not really know much about Barack Obama’s constituent record in the Illinois Legislature.

We still don’t know what exactly he did for ACORN in his community organizing time.

We still don’t know all the details about the depth of the cocaine use Barack Obama admitted to in his book. Likewise, we know very little about his drug use in high school beyond just a few lines of reporting from 2007.

We know very little, outside of his own autobiographical spin, about how he overcame his rage at white people — something he wrote about, but again, as a politician in an autobiography.

We still don’t know about just how many communists Barack Obama chose to surround himself with.

But the press is perfectly happy to go back several decades to tell us every salacious detail about Mitt Romney the teenager.

Spot on. While it’s no crime to tell tales about Romney’s prep school persona, the issue here isn’t that he was the class clown at Cranbrook or that he decided to play barber on the school beatnik – it’s that we have a guy in the White House about whom the national media has never bothered to uncover any such stories. All we have on Obama is the book he (or Bill Ayers) wrote about himself, much of which we know is self-serving and fictionalized.

For example, let’s search the Washington Post’s website for something on Frank Marshall Davis, the communist agitator who mentored Obama in Hawaii at the same age period Romney was busy tormenting teachers and racing mops in the dorm halls at Cranbrook. Want to see what we’ll find? 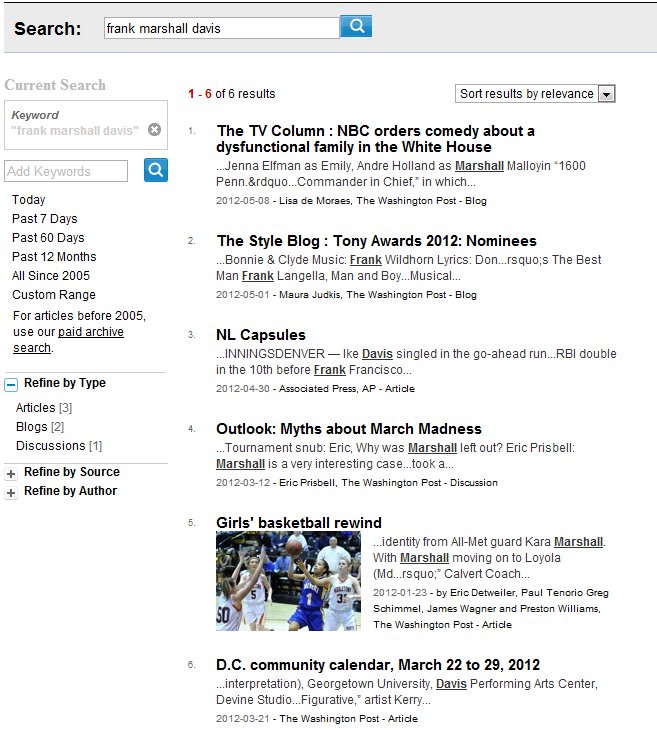 When the Washington Post is willing to actually do its job and vet the president’s background, then we’ll credit its interest in Romney’s foray into the tonsorial arts.