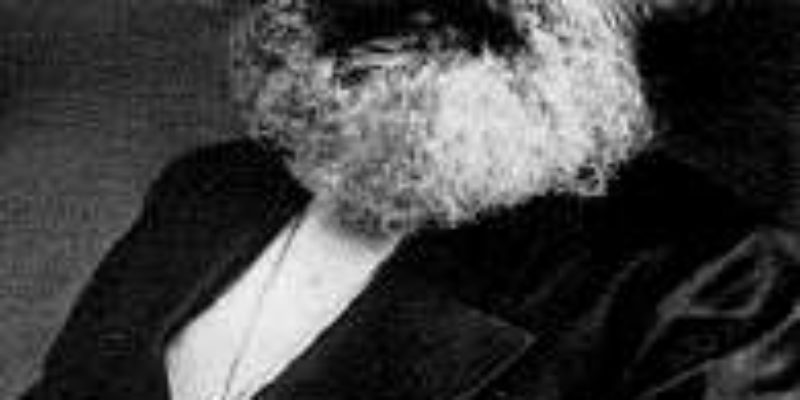 Ya know, you really couldn’t even make this stuff up…

As if we really needed more evidence of what is driving policy of an executive branch working overtime to fulfill President Obama’s promise to “fundamentally transform the United State of America,” check out who a senior administration official is quoting on his personal blog. 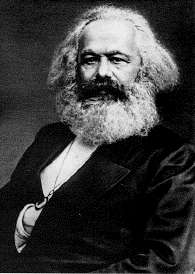 The capitalist maintains his rights as a purchaser when he tries to make the working-day as long as possible, and to make, whenever possible, two working-days out of one.

On the other hand…the laborer maintains his right as seller when he wishes to reduce the working-day to one of definite normal duration.

There is here, therefore, an antinomy, right against right, both equally bearing the seal of the law of exchanges.

Between equal rights force decides. Hence is it that in the history of capitalist production, the determination of what is a working-day, presents itself as the result of a struggle, a struggle between collective capital, i.e., the class of capitalists, and collective labour, i.e., the working-class.

Those nuggets of wisdom from Marx are courtesy of Rick Bookstaber, who serves on Obama’s Financial Stability Oversight Council, from a piece he wrote yesterday titled “Class Warfare”—you know the thing that Obama isn’t engaging in by wanting to tax the snot out of wealthier Americans to redistribute money to the proletariat.

Bookstaber went to blogging about Marxists thought in response to Tucker Carlson taking to a podium to rail ” against the instigation by the left of ‘class warfare’, pointing out that doing so is little more than singling out an unpopular minority group, (i.e., the rich), for higher taxation,” at a conference he attended.

Instead of bashing Carlson for resorting to paranoid hyperbole—a usual tactic of the left when confronted with truth behind their agenda—Bookstaber opined about how class warfare could be justified in the context of “economic rights” explained by Marx:

There is little that matches the artfulness in waving off criticism of the widening income gap as “class warfare”. And there is little that matches the gullibility of those who follow along. There seems to be agreement all around that action to change the situation, for the poor to improve their lot at the expense of the rich, is an affront to civil society. I am not picking sides in this, but I believe such a “war” can be justified, and indeed ultimately is inevitable.

In a piece that could only have been written by a mind shaped through years of cultivation in academia absurdity, Bookstaber concludes that entitlements to the poor are simply part of the social contract in a modern day feudal system comprised of “lords” and “serfs.”

There is class warfare because the social and economic pie has to be split, and there is no objective way to do so. The war can be active or passive, the sides can have a truce, one side can temporarily be resigned to its lot or be held in check through force, but the conflict never ends.

A change in generations or in social consciousness, and things will flare up again. There are some areas of fairness in the civil sphere – freedom from slavery, torture and piracy – but what are the rights inherent for a particular term of exchange between the parties in a trade?

Given this, we are left in a quandary because we don’t know what to make of class warfare. And we don’t know because we are not trained to make anything of it. It is not part of any self-respecting course of economic study.The introduction of class warfare marks a radical departure from the tenets of contemporary economics because as far as economics goes, the terms “class”, “warfare”, and “struggle” are, well, radicalized.

Yet there has been an epic, historical struggle over the length of the working day writ large, extending to issues like retirement, the definition of the time worked, and the share of economic rents, and this is the struggle that is still with us.

Clearly fundamental to our economic history and our capitalist system, this is ignored in our economic studies.

The time spent working and the share of that labor that accrued to the capitalists during the emergence of the industrial revolution is akin to the taxes and redistributions from the entitlement programs and government subsidies that are in the cross hairs today. Indeed, the timeline extends back even further.

The benefits that we call entitlements are similar in our more advanced society to the rights of subsistence for the serfs during Feudal times – rights which were implicit in the social contract between lord and serf, and which were broken at the peril of revolt.

The social contract between the lord and serf, as with any contract, had obligations on both sides. The serfs paid a portion of their production and provided service to the lords. The lords organized the serfs to defend against invasion, enforced a rule of law, and assured the serfs, as much as possible in that age, of subsistence. Is this so different from social contracts of today?

Despite Bookstaber’s ennui-inducing economic egg-headery, the U.S. has never had a feudal system—like the one Russia had leading into the revolution of 1917. It was after that revolution that Russia decided to go with a system built on the ideas of the man BookStaber likes to glean economic theory from.

It didn’t work out too well for Russia, or in anywhere else it’s been tried, but maybe we will have better luck splitting the “economic pie,” with Obama: