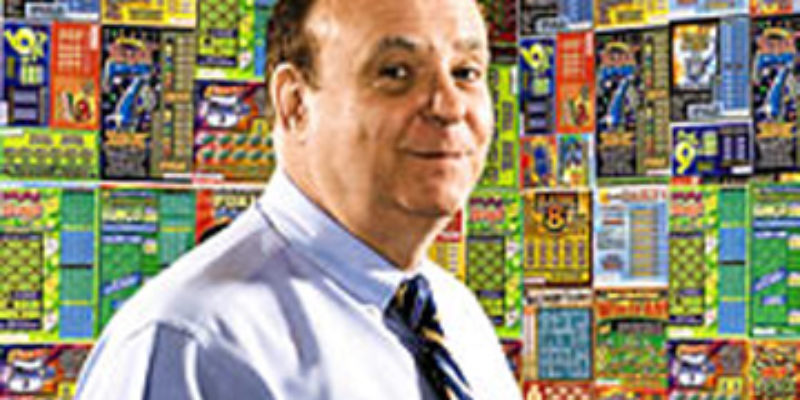 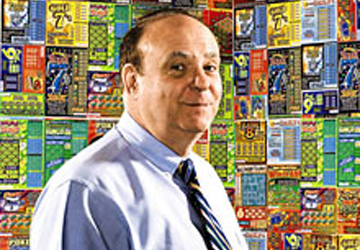 …because HB 1095, the bill to make Louisiana join the National Popular Vote Compact passed out of the House & Governmental Affairs Committee last Wednesday. It did so because two Republicans on that committee, Johnny Berthelot and Taylor Barras, both of whom were Democrats until a year or two ago, joined with the Democrat members of the committee to defeat a motion to defer the bill.

The Senate bill, SB 705, was killed in committee on that same day.

Now the bill will go to the House floor for debate and a vote. It has zero chance of becoming law, mind you, as the Jindal administration says it opposes the bill and will certainly veto it.

The question is whether a Republican-majority House of Representatives will fail to kill a bill being pushed by several big-money progressives, including and most notably its inventor, a Silicon Valley computer scientist and medical doctor named John Koza – who made his money off having invented lottery scratch-off tickets and who claims to be non-partisan. Except here’s Koza’s record of donating to political campaigns; you can decide whether you believe no ideological agenda is involved…

We’re just getting warmed up…

Koza is a financial Pez dispenser for Democrat candidates and political action committees, including some of the most Hard Left folks ever to come on the scene, and he’s never made a donation to a Republican in a federal election that Open Secrets has found.

And yet he’s managed to rope several useful Republicans on board the cause – including Jake Garn, David Durenberger, Tom Campbell and Saul Anuzis. Even Fred Thompson has fallen for this ruse.

But where the NPV compact has managed to pass, there aren’t many Republicans. Consider…

Notice something about the names above? They’re all Democrats, they’re all hard-core leftists, at least one of them is in office thanks to election fraud, two of them are either in jail or headed there and all of them were elected thanks to machine politics driven by unions.

The idea that Republicans in Louisiana would get a snootful of this legislation and even think for five seconds about supporting it is ludicrous. The Founding Fathers crafted the Electoral College to keep slimy politics like that practiced by the Blagos and Corzines of the world from co-opting the presidency. They specifically designed the United States of  America as a constitutional representative republic and NOT a direct democracy because they were fully aware of the dangers therein.

Remember Ben Franklin’s admonition. Asked what the framers of the Constitution had wrought, he answered, “A Republic – if you can keep it.”

The National Popular Vote compact is an assault on one of the key pillars of our republic. Voting for it means you’d prefer to side with John Koza and his never-ending flow of campaign dollars to Howard Dean and Bernie Sanders over the Founding Fathers.

Or you’re influenced by lobbyists.

The proponents of NPV have hired the high-dollar Baton Rouge lobbying firm of Roedel Parsons, with no less than seven of their lobbyists including Johnny Koch – who is known as one of the best and most influential players on the scene at the capitol – and similarly well-known lobbyist Randy Hayden to work the Capitol. Koch and Hayden are good guys, but in this case they’re just plain wrong.

NPV’s proponents also flew in Minnesota state representative Laura Brod to lobby for the bill. Brod, a Republican and a reputed conservative, is apparently one of the usual suspects brought in for these legislative fights. One has to ask, however, why anyone from Louisiana should listen to a lecture on elections from a Minnesota Republican – after all, the primary fear of NPV is the open invitation to widespread voter fraud it would offer, and it wasn’t even four years ago that Minnesota Republicans stood by helpless while that state’s Democrats stole an election on behalf of Al Franken – Al Franken! – from Norm Coleman using ballots found in garbage cans and trunks of cars and illegal votes by convicted felons. The idea that anyone from Minnesota should lecture Louisianans on suborning our presidential electors to results from places like that is breathtaking.

Indeed, the money flowing into NPV tells a very different story about who wants this “reform” and why. Koza—who hit the jackpot when he patented the scratch-off lottery ticket and then convinced states to sell them—has reportedly pledged $12 million to his organization. Koza has given tens of thousands of dollars to various Democratic Party committees and liberal candidates; he was an Al Gore elector in 2000. New York businessman Tom Golisano, who has also pledged millions to NPV, is quick to point out that he is a registered Republican—even though he supported John Kerry and gave a cool $1 million to the Democratic National Convention in 2008.

The organizational support behind NPV is similarly lopsided, coming almost exclusively from left wing groups such as Common Cause, the American Civil Liberties Union, FairVote, and the League of Women Voters. A George Soros-funded group, DEMOS, has supported NPV, and Soros’s son, Jonathan Soros, has written in favor of the plan.

Are we to believe that these left wing financiers and activists are really on the same side as the Republican Party or the Tea Party?

NPV alleges that Republicans will be helped by its proposal for a national direct election—at least that’s what it tells Republicans. Allegedly, eliminating swing states and making “every voter equal” will enable conservative voices across the country to be better heard. The message is seductive: If you believe this is a center right country, how can you not believe that direct election of the president would take us in a center right direction?

The Republican National Committee heard these arguments. On August 5, it rejected them. The RNC overwhelmingly adopted a resolution by Alaska state committeewoman Debbie Joslin in firm opposition to the NPV plan.

It’s inconceivable that the Louisiana House of Representatives would support this dangerous and stupid idea, Berthelot and Barras’ misguided committee votes notwithstanding. But those concerned about it might do well to contact their state representative and express in the strongest possible terms that a vote in favor of this nonsense is a vote in favor of obliteration at the hands of conservative voters in 2015.

Interested in more news from Louisiana? We've got you covered! See More Louisiana News
Previous Article Baton Rouge Area Chamber Comes Out Against SEBR ISD; Proponents Fire Back
Next Article Time Is Of The Essence On Reform And The Budget