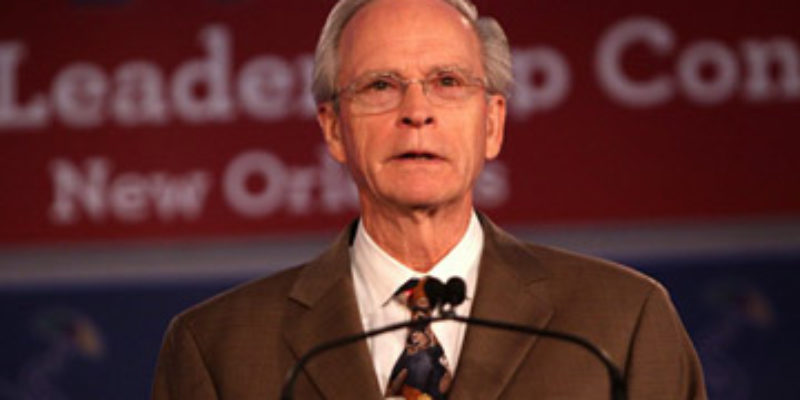 To the People I am Honored to Represent:

In 1996, you afforded me the privilege to represent you as one of five members of the Louisiana Public Service Commission.  As is my practice in life, I sought God’s direction and believe I have faithfully discharged my duties as a member of the Commission for just over 15 years.  At the end of this current term (Dec. 31, 2012), I will have served you for 16 years.

Because there are several critical decisions facing the Commission in the months and years ahead, many people have encouraged me to seek re-election for what would be my final term, and until now, I have proceeded on that path.  However, the time required to continue to serve as a leader on the Commission, to run an effective campaign, to be a loving husband to Laura, my wife of 51 years, to be a father to four grown children and grandfather to 15 grandchildren, as well as continue my part-time law practice, has forced me to re-evaluate my plans.

Accordingly, I have concluded that I will not seek re-election for another term.  This has been an extremely difficult decision because I believe that the people would have re-elected me based on my record as a dedicated commissioner, who has fairly balanced the interests of the consumers and the utilities.  Among my achievements, I am especially proud that Louisiana’s residential electric rates are currently among the lowest in the nation and that, during my tenure, Louisiana’s electric consumers have received more than $2 billion in savings in the form of refunds, rate reductions, and the innovative use of securitization.  I am equally proud of the Commission’s implementation of local telephone service rules, which have led to innovation and fierce competition, as well as the Commission’s introduction of the successful Do-Not-Call Program.

I especially want to thank my excellent Consumer Affairs Staff, headed by Peggy Lantrip, and including Annette Romero, Jane Rhodes, and Sharon Dungan for their courteous and efficient handling of more than 27,000 consumer issues during my tenure.  I also want to offer a special note of thanks to my Chief of Staff, David Kantrow, for his able and insightful assistance on the very complex policy issues that come before the Commission, as well as my Assistant Chief of Staff Cynthia Thompson, who has headed up my Lafayette office for many years.

Finally, I thank Laura for supporting me throughout my career and agreeing to join with me as we offer our talents in giving back to a state and the people we truly love.  I trust, in some small way, that God has been glorified by my service as a Commissioner and I long to continue in His service for the time I have remaining.

Stepping down is never easy, but I have always admired those who have left at the top of their game.  By making the decision at this time, it will give others who wish to serve ample time to campaign for the position.  My campaign will refund contributions made during this election cycle.

Thank you and may God continue to bless Louisiana and America.

Interested in more news from Louisiana? We've got you covered! See More Louisiana News
Previous Article The New Living Word School Kerfuffle Is An Education In Itself
Next Article It’s OK, So Long As You Follow The Rules