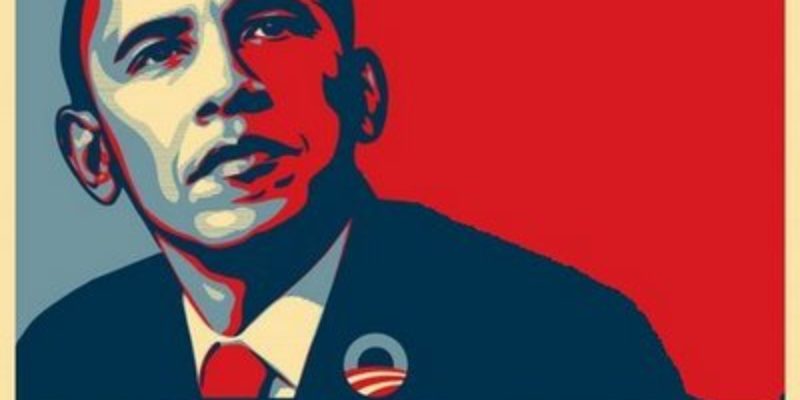 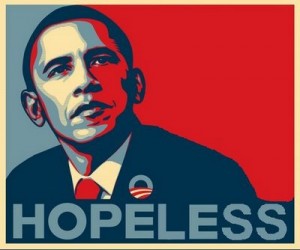 As President Obama gears up for his speech in Cleveland today laying out his economic plans—the same tax, over regulate and spend policies that has averaged an unemployment rate around nine percent while running up the national debt by more than $5 trillion—things aren’t going so well for progressives.

The president will reportedly use his speech to draw a contrast between his economic vision and that of Mitt Romney.

As an Obama adviser put it, ““Governor Romney and his allies in Congress believe that if you simply take away regulations and cut taxes by trillions of dollars, the market will solve all our problems on its own.”

Yeah, there are a lot of other people who have subscribed to that school of economic thought, as well.

One guy who thought that way was Adam Smith, who used refer to the free market’s propensity to self-regulate—if just leave people and their money alone—as the “invisible hand.” Our system was built on those economic principles.

There is, of course, an alternate theory of a very visible hand in producers’ pockets as a way to build an economy. That method hasn’t worked out too well on the economics-side abroad or here at home, but it hasn’t fared too badly on the political front. The good news is that the steam might finally be running out on progressive ideas in the political realm, as well. People just aren’t buying it anymore.

The adviser previewing the speech, gave this concise overview of the president’s progressive economic plan:  “The president believes the economy grows not from the top down, but from the middle class up, and he has an economic plan to do that — a plan that focuses on education, energy, innovation, infrastructure, and a tax code that creates American jobs and pays down our debt in a way that’s balanced.”

When I read that, it seemed strangely familiar. I remembered hearing much of this in a political ad put out my MoveOn.org a little while ago featuring a bunch of future Occupy Wall Street protesters who are sure to lose their cuteness when they eventually are camping out in public parks and crapping on police cars.

See if you agree:

The economic ideas are all there—along with a few more things like ending those unjust wars started by Bush, socializing medicine and stop suppressing illegal alien voter rights. The underlying theme espoused by these modern-day Hilter Youthers is the so-called 99-percent against the one-percent, imploring us to stop treating those evil corporations as people—a blatant shot across the Romney bow to what this election is really all about.

MoveOn.org  has openly embraced the Occupy Wall Street movement, launching a “99airlines” program earlier this month to fly airplane banners over Romney events. To solicit donations for the program, MoveOn.org sent this email out to members:

We just launched 99airlines, our program to fly airplane banners over high-profile Mitt Romney events with messages from the 99%.

And what’s the coolest part? You get to decide what the banners say! If you could fly a message over Mitt Romney’s head, what would it be?

Will you suggest a short, pithy, memorable phrase for a 99airlines banner? Or check out and rate other people’s ideas?

Click here to submit or vote for a 99airlines banner.

Imagine if Mitt Romney and his Super PAC friends had to deal with the sights and sounds of airplanes following them everywhere, reminding Americans how Romney stands for corporations and the 1%. Reporters at the events will film and write about the banners — it’ll drive Romney and his corporate backers crazy.

That’s why we’re taking it to Romney, exposing him as Mr. 1%. Here’s the banner we flew over a Romney fundraiser in Boston last week. [It reads: ROMNEY AND BAIN: 1% GAIN FROM 99%’S PAIN.]

So MoveOn.org is working to fly banners over Romney to expose him as a one-percenter, as opposed to all those Hollywood one-percenters who have big throwing parties for Obama over the last few weeks, because his donor-base has otherwise dried up.

MoveOn.org’s funding has dried up too, which prompted this recent email to donors, titled “We Might Have To Pull The Plug”:

With November fast approaching, we need to make some hard decisions about which campaigns we can afford to take on, and which ones we’ll have to sit out.

There are so many important races this year. Of course there’s the presidential election. But the U.S. Senate is up for grabs, too. There’s the Scott Walker recall in Wisconsin. If we can elect Elizabeth Warren in Massachusetts, that will be huge.

It’s like picking which of your kids you love the most. I just can’t do it.

But I’ll be honest—if we can’t increase our budget, we’re going to have to pull the plug now on some absolutely crucial campaigns.

Can you chip in $5 to help make sure we don’t have to sit out some of these critical campaigns?

Click here to chip in $5 and help MoveOn take on more campaigns this election season. Here are some examples of the important projects we’d love to run in 2012 if we had enough money:

MoveOn will do a little bit on all of these projects, but will we be able to go big? That’s mostly a question of resources. If we have enough money, we will. If not, we simply can’t.

MoveOn has an incredible track record in past elections—when we take on a campaign, we get results.

In 2008, MoveOn was one of the first groups to endorse President Obama, and we then recruited 1 million volunteers who went door to door, made phone calls, and helped provide the surge of grassroots support necessary to elect Obama.

In 2006, before anyone else was even talking about it, we announced plans to take back Congress from the Republicans. We made over 7 million phone calls to occasional voters to help fuel the Democratic takeover of Congress.

And in 2004 we organized a neighborhood get-out-the-vote program that knocked on over 4.6 million doors in 10,000 swing-state precincts.

If we can finish this quarter with a bang, that will give us enough confidence to go forward with campaigns that we’d otherwise have to cut right now.

Click here to chip in $5 and help MoveOn take on more campaigns this election season.

Thanks for all you do.

–Adam R., Elena, Victoria, Emily, and the rest of the team

The fact that MoveOn.org is hinging the left’s success in the upcoming election on people like Elizabeth Warren should be enough to tell you how bad things really are.

The organization’s Political Action Committee raised $9.1 million in contributions from January 2011 to March 31, 2012 and spent around $10.5 million during the same time period. Compare that with the PAC’s performance in other years:

It just might be that the Occupy Wall Street movement’s message, which is also being sold to voters somewhat more subtlety by the Obama campaign, isn’t resonating.  That’s why Obama’s ratings, like  MoveOn.org’s money, is steadily sinking.

MoveOn.org, of course, knows that Obama’s in a lot of trouble, as evidenced by this message following Gov. Scott Walker’s win in Wisconsin:

Think again. Romney is ahead in a whole series of recent polls. And super PACs are poised to spend huge amounts of money to sway the race — just like they did yesterday in Wisconsin.

The good news is that in this election the Internet is giving us whole new ways to fight back at a fraction of the cost of a traditional ad campaign.

The Obama PAC only wishes it was able to spend “huge amounts of money to sway the race,” this time around. The MoveOn.org crowd can’t because they won’t admit that their political strategy is just as empty as the economic policies they champion and their bank account.