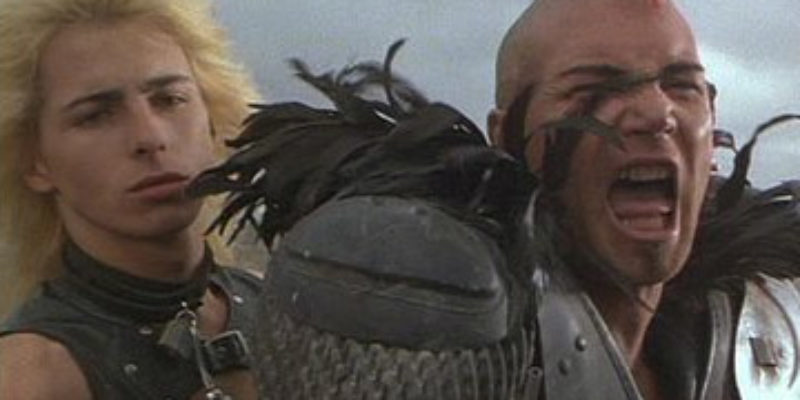 Bet you won’t hear that one again. EVAH. You can’t really use it when your Commerce Secretary decides to play bumper cars on the streets.

Bryson, 68, was treated at a hospital for injuries following the crashes around 5 p.m. PDT Saturday, the Los Angeles County Sheriff’s department and the San Gabriel Police Department said in a joint statement.

“Secretary Bryson was involved in a traffic accident over the weekend,” the Commerce Department said Monday. “He was taken to the hospital for examination and has been released. He has sustained no injuries and the investigation is ongoing.”

The secretary was driving alone in a Lexus on a major street in San Gabriel when he allegedly struck the rear end of a vehicle occupied by three males that had been stopped for a passing train.

He spoke briefly with the occupants and then hit their car again as he departed, the officials said. The three followed him while calling police.

“We did cite him for felony hit-and-run,” Duran said. “Later the case (will be) submitted to the DA’s office which will make a determination on what they are going to charge him with.”

Bryson then allegedly caused a second collision minutes later, also on San Gabriel Boulevard, in the nearby city of Rosemead, striking a car occupied by a man and a woman, the police agencies said.

Bryson was found alone and unconscious in his car and was treated at the scene before being taken to a hospital.

There was no immediate indication that alcohol or drugs played a role in the collisions, the agencies said. And Duran said authorities don’t know if Bryson had a prior medical condition.

“When the first officer rolled up on the scene, he was behind his wheel unconscious,” Duran said. “But our officer did speak with him at the hospital.”

Out with the “Republicans drove the car into the ditch.” Say goodbye to that meme.

The new meme might be that you gave Obama the keys and he no more knows how to drive than Stevie Wonder – and the whole country is scramblin’ out of the way as the government rolls around mowin’ the economy down.

Or maybe the new thing, possibly, is that Obama has turned the country into somethin’ out of the Mad Max movies. And has the Commerce Secretary and his exploits out on the Coast to show for it.