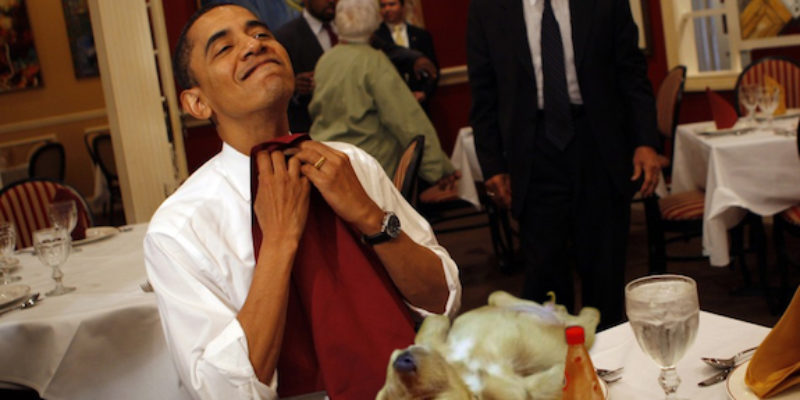 Good news, you don’t have to be a Hollywood celebrity like Sarah Jessica Parker hosting $40,000 per-plate soirees to raise dough for Barack Obama’s re-election.

Getting ready to celebrate a birthday or maybe about to get hitched? Well, no need for your loved ones to throw their money away on events that extol your inconsequential existence when they can just give it to the Obama campaign.

In a recent display of detached desperation, the Obama camp is actually asking donors to register with their fundraising website so that people can show their love at special events—such as weddings, birthdays and anniversaries—by sending money to them:

So, you husbands who have been saving for that diamond ring to surprise your wives with on your anniversaries, go ahead and send the money to the Obama re-election effort instead. Commercials bashing Mitt Romney over Bain Capital aren’t going to pay for themselves, ya know, and you’ve gotta have your priorities straight. She’ll understand and, if not, you won’t have to worry about an anniversary present next year—most likely, she’ll be long gone.

It might even be time to raid the kids college fund or at least take a hammer to their piggy bank, all for the greater good of keeping Obama in office. Never mind the flowers for grandma’s funeral, send the money to Obama. Granny would have wanted it that way. The incumbent president—a man who raised record amounts of campaign cash in 2008—might end up with less money than his rival this time out, so he needs all the help he can get.

Those looking for new, innovative ways to contribute still have a day left to sign-up for  the “Dinner with Barack” sweepstake. The lucky winners will be flown to a private dinner with the Commander-in-Chief—oh, boy!

I’m sure this one is bringing in the bucks by the truckload. Or maybe not: 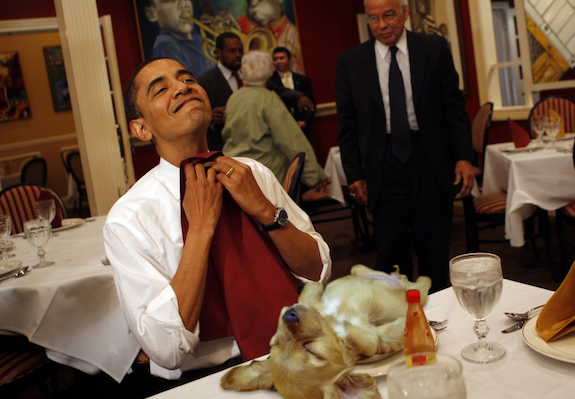 Interested in more national news? We've got you covered! See More National News
Previous Article Back At Ya, Barack
Next Article The Open Letter To Obama Which Is Making The Rounds