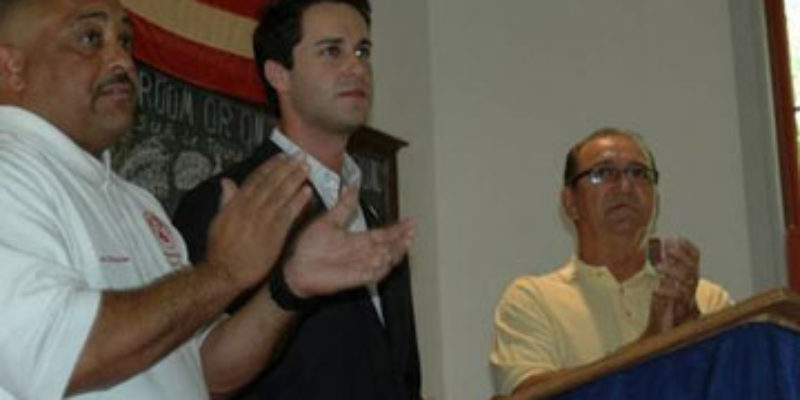 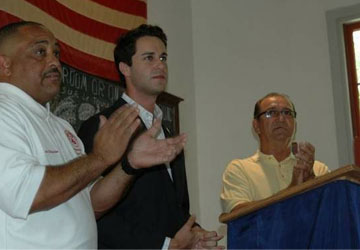 The State of Louisiana had to close a budget gap of $300 million for the 2013 fiscal year, and in doing so the Governor and his staff prevailed upon the state legislature to use one-time money and sweeps of dedicated funds to stave off cuts to what are considered core governmental functions.

But there were budget cuts as well, particularly to those programs which are not considered part of the state’s critical package of services.

One of those programs is CODOFIL, the Council for the Development of French in Louisiana, an organization founded in 1968 to “do any and all things necessary to accomplish the development, utilization, and preservation of the French language as found in Louisiana for the cultural, economic and touristic benefit of the state.”

CODOFIL’s annual government budget is $257,000. It’s taking a $100,000 hit to that budget as a result of the cuts passed by Jindal and the Legislature.

That’s why yesterday, three Democrat state representatives from the Acadiana area – Jack Montoucet (D-Crowley), Stephen Ortego (D-Carencro) and Vincent Pierre (D-Lafayette) showed up at the old Vermilionville Schoolhouse in Lafayette, which serves as a living history museum, to howl about the hit CODOFIL is taking.

“Our governor decided with the stroke of a pen that we’re not going to care about our culture and who we are for simple politics,” Rep. Stephen Ortego, D-Carencro, told a standing-room only crowd in the tiny one-room schoolhouse Thursday morning at Vermilionville. “So we’re going to have to raise private funds for Codofil to help save the programs that are so important to so many people.”

“We’re here to save Codofil,” Ortego says. “It’s very important to the Cajun and Creole people and even the Indian people in Louisiana.”

In jeopardy are the French Immersion program and the training of its teachers, “as well as the economic impact that it has on tourism, which is the No. 1 employing industry in Louisiana,” says Ortego. “That’s $60 million of money spent every year by tourists from Francophone countries. And we couldn’t find $100,000.

Ortego might do well to answer what evidence he has that CODOFIL, with a $257,000 state budget, is responsible for $60 million in tourist revenue. Or where he gets the 7-to-1 ratio of payout to state investment in teaching kids French. While preserving the state’s cultural history is a worthwhile endeavor – something nobody contests – it would seem that he’s hurting his cause by throwing around such wild, unsupportable numbers.

And when Ortego already has a well-deserved reputation for making an ass of himself with stupid utterances, one would expect him to make an effort to be more careful.

Mais attendez, il y a plus!

“This governor wants to say that he is about education reform,” Ortego says. “The best way to improve education is to do more of what you’re doing right. And if you go look at the test scores of the over 5,000 kids in Louisiana who are in French Immersion today, you’re going to find a different story than what was said in that veto pen.”

Not to be outdone, Montoucet dredged up the specter of the bad old days when Cajun schoolkids took a ruler on the knuckles for speaking French to launch a few jérémiades of his own…

Rep. Jack Montoucet, D-Crowley, says his ancestors go back 150 years in Louisiana and recalled that not too long ago, students were chastised for speaking French in schools.

“Today we are being humiliated and being punished for who we are and for what we stand for by a governor who has no interest in our culture,” says Montoucet, adding that maintaining and protecting Codofil is their priority. “We moved forward over the years and it seems to me that we’re starting to move backwards again.”

Montoucet says the veto ignores what the Cajun and Creole cultures have done for the state’s economy over the years.

There were other statements made, but our readers will get the idea.

The good news is the three legislators say they’re launching a private-sector fundraising initiative to replace the dollars CODOFIL says it needs – Jindal has said CODOFIL is adequately funded for its current mission at $157,000, which obviously isn’t a position Ortego, Montoucet and Pierre share – so that the organization can continue to function without the state’s funding. But Montoucet apparently never learned that you can catch more flies with honey than vinegar…

“It’s only $100,000, and I know we have more than 100,000 Cajuns in this area of the state,” State Rep. Jack Montoucet, D-Crowley said Thursday. “We can show [Jindal] that no matter what he does in Baton Rouge, we are going to survive like did for hundreds of years, and we’re going to be part of this state whether he wants to include us or not.”

Unfortunately, they also pledge to get CODOFIL’s $100,000 back in future sessions.

The fact is, we don’t have the money for the state to fund CODOFIL. That’s a function which ought to be supported by the private sector, or perhaps local governments.

Ortego, Montoucet and Pierre would have done themselves a great deal of good by saving the partisan rhetoric and presenting themselves as actual leaders. Their message could have been “the state just doesn’t have the money right now to fund everything we’d like it do, but that doesn’t mean CODOFIL has to disappear. It’s up to us to make this happen. Will you help us?” and leave it at that.

Finding a Republican legislator from the Acadiana area willing to come on board to help raise money for the program would have also been a good idea, as it would have presented the issue as something other than base partisanship from a shrinking Democrat contingent. Instead, we get statements like this…

“Those cuts were not made out of necessity,” Montoucet said. “The cuts were made for political ambitions to impress those big bosses in Washington D.C. so that [Jindal] can get a position up there. I’ve said it often, but we need to buy him a ticket so he can go.”

Thanks to plaintive wailing like this, they own CODOFIL now, whether CODOFIL likes it or not. And that might well make it more difficult to raise that $100,000 – which really ought not be hard to do.