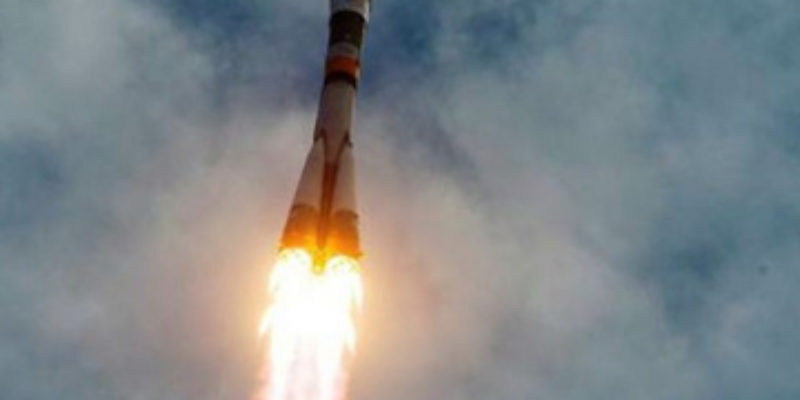 Why yes. Yes he did. From Investors’ Business Daily yesterday…

This morning, Kazakhstan time, the next mission to the International Space Station successfully blasted off carrying the usual trio — a Russian commander, an astronaut from the international community and an American in a seat rented by NASA since the retirement of the last U.S. space shuttle a year ago this month.

The Soyuz spacecraft, Expedition 32, shown above being moved by rail to the launchpad on Thursday, had Yuri Malenchenko as the commander, Flight Engineer Sunita Williams of NASA and Japan Aerospace Exploration Agency Flight Engineer Akihiko Hoshide. When they dock with the space station Tuesday, they will bring the ISS crew back up to its usual complement of six.

The trio there is scheduled to end its tour and return to Earth on Sept. 17, while the newest three will orbit the earth until just before American Thanksgiving.

Did the Obama campaign even realize how easily the Romney camp can turn his Bain Capital/Outsourcing attacks back on him with today’s Space Station mission? That’s the easiest 30-second spot in the history of American politics. Give us a little “Rocket Man” background music, some stock footage of NASA’s Apollo rockets and Space Shuttle for a few seconds with some overlaying text about how Obama has gutted our manned space missions, and finally some video of today’s launch with an astronaut riding on a Russian rocket with text to the effect of “And now, thanks to President Obama, we depend on the Russians for access to space.”

And finally, “And he wants to attack MITT ROMNEY about outsourced jobs?”