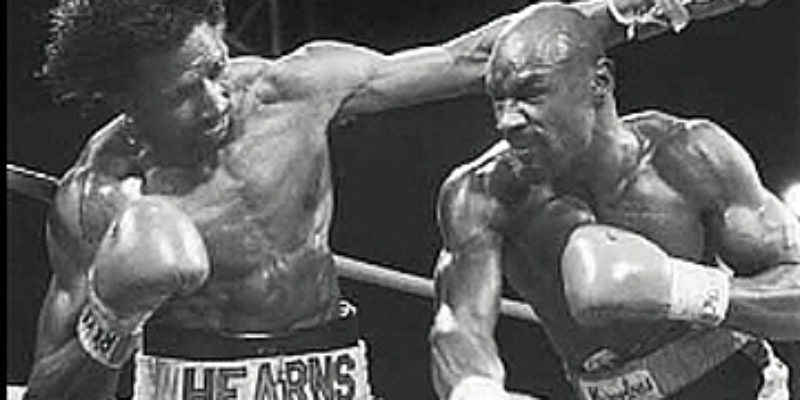 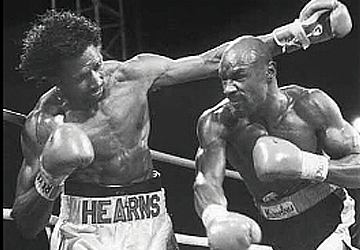 I will never forget “The War” between boxers “Marvelous” Marvin Hagler and Thomas “Hit Man” Hearns fought on April 15, 1985. I watched it at a closed-circuit big screen TV location. A state legislator from the Bayou Lafourche region was sitting in front of me. Right before the bell rang for Round One, he turned to me and asked if I wanted to put $50 on the fight but told me I would have to take Hagler. I winked at him and said: “You’re on!”

The bell rang and Hearns unleashed holy hell on Hagler. He threw the kitchen sink at him and opened a vicious cut on Hagler’s forehead that rained blood down his face. The two gladiators abandoned any pretense of “boxing” and stood in the ring unleashing devastating blows at each other. Hagler was rocked by the “Hit Man’s” solid shots to his head and body until the bell rang to end what many have called the greatest single round of boxing ever. While Hearns retreated in near exhaustion to his corner, Marvin Hagler—covered with blood—stood in the center of the ring and glared at him until Hearns slumped to his stool.

Amidst the wild cheers from the crowd, I noticed the left hand of the legislator from Lafourche extended blindly toward me. Between two of the fingers was a $50 dollar bill. He knew—and Hearns knew—the fight was over. Four and a-half minutes later, referee Richard Steele stepped in to end the carnage and stop “The War.”

Presidential elections are not unlike prize fights. The current one is certainly shaping up that way. Throughout May and June, Barack Obama unleashed holy hell on Mitt Romney. His campaign spent tens of millions of dollars in media markets in the battleground states to slam Romney as an outsourcer of jobs in his Bain Capital days and an upper-crust “one-percenter” with nothing in common with working Americans. Romney took the hits and didn’t counter-punch, much to the chagrin of many GOP apparatchiks. Instead, he amassed an amazing fundraising advantage over Obama and the Democrats during that time period and saved the money while Obama blew through a huge pile of cash on his attacks. As the Fourth of July holiday ended and the polls had hardly moved to the president’s advantage, he looked uncannily like Tommy Hearns heading for his corner at the end of Round One.

This fight has many rounds to go and Barack Obama has many advantages as it moves forward. The odds of defeating an incumbent president are slim. He has an unparalleled “bully pulpit” to access media and shape messages that challengers can’t dream of matching. He has Air Force One and the presidential seal accompanying him wherever he campaigns to remind everyone to think twice before forcing a change in power in troubling times. But a president also has to accept the fact that domestic and international events can land with a thud at the door of the Oval Office in ways that damage the incumbent and not the challenger.

Less than four months from the election, President Obama has the smallest of leads in the polls. His numbers are between 45% to 47% nationally and in most of the battleground states as well. He appears to have hit a ceiling at those levels and, if he can’t break through above the 50% mark, he is very likely to lose the election. The U.S. Supreme Court just handed him a huge victory by upholding the Affordable Care Act—yet he rarely campaigns on that issue, knowing how unpopular it remains with a majority of Americans. If he tends to hide from his major achievement on the campaign trail and doesn’t want to defend the souring economy, he is left trying to win the election on a “class warfare” agenda that basically tends to let Romney back into the match. The difference at this point is that Romney hasn’t thrown his roundhouse punches yet. He should have a lot more to say about the economy, debt and deficits, a lousy Obama energy policy, dismal unemployment and under-employment figures, and regulatory burdens that are stifling business investments and job creation.

To counter that, Obama has his yet-to-air commercials showing Romney in a limo with a bottle of Grey Poupon. While it may ring true with some, it won’t likely match the tremendous shots that “Marvelous” Marvin Hagler unleashed to let Thomas “Hit Man” Hearns know that being bloodied isn’t the same as being beaten.

Interested in more national news? We've got you covered! See More National News
Previous Article They’re Hanging Obama On His Own Words Again…
Next Article BAYHAM: Why Romney Ought To Keep His Mouth Shut About The VP Selection