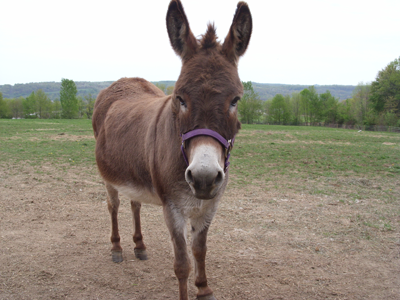 …and they’re acting accordingly, to the detriment of all of us.

It’s July 9, and as of right now there aren’t even any hot rumors of Democrat candidates for any of the five congressional districts not currently held by Cedric Richmond. The Louisiana Democrat Party doesn’t have a challenger for Bill Cassidy yet, or John Fleming, or Steve Scalise, or Rodney Alexander or even the free-for-all seat Jeff Landry and Charles Boustany are going head to head for.

And the Democrats also don’t have a candidate for the Public Service Commission seat representing Baton Rouge and Lafayette Jimmy Field’s impending retirement is opening up, despite the fact that if they could capture that seat they could control a majority on the PSC.

This isn’t a particularly new development. The Democrats ran a middle school teacher from Haynesville who had never run for political office as their primary gubernatorial candidate last fall. They ran practically nobody for any of the other statewide races last year.

In short, they’re not participating in the electoral process as a political party. Political parties present candidates for office. Louisiana’s Democrats stopped doing that at the level one might expect of a major political party sometime around 2008.

By now, it appears that’s no longer an accident. It’s not just that savvy Democrat politicians don’t believe they can get elected in contested races (i.e., in races representing districts or areas not comprised solely or chiefly of Democrats) and don’t even try anymore, though that’s certainly true; when a Norby Chabert admits he’s switched parties because Barack Obama’s moratorium on Gulf oil drilling makes it impossible for Democrats to be elected in Houma or when John Alario, who has been a quintessential avatar of a Louisiana Democrat politician for decades, switches parties to cinch the presidency of the state Senate it’s quite obvious the party isn’t viable as a statewide label any longer.

But major political parties run candidates even when it’s a lost cause. Such is the responsibility of a major political party. When the Louisiana Republican Party was small enough to hold its state convention in a phone booth, the GOP was still running candidates for every major race it could. And those candidates would get butchered, as they expected to be, but they ran anyway – because they wanted to carry a message and perhaps pave the way for future candidates to be more competitive.

The state GOP’s message gradually gathered steam, which ultimately led the then-dominant Democrats to eliminate party primaries and institute our dysfunctional jungle primary system. Because the Democrats saw a threat in the pro-business, small-government philosophy which was taking root in the GOP nationally, and they knew they would ultimately lose to that message. They also saw a two-tiered electoral system in which heavily-funded Democrats would slug it out in the primaries before the survivor of that primary would face an unbloodied Republican in the general as an inconvenience.

It turned out that the jungle primary system only accelerated the growth of the GOP, but one could argue that was going to happen regardless.

But today, Louisiana’s jungle primary system – which should have been abolished after it gave Louisiana a runoff gubernatorial choice between Edwin Edwards and David Duke in 1991 – has gone from creating runoffs between the most far-right and far-left candidates to something else. Today, the runoffs are between Republicans – Jim Tucker vs. Tom Schedler, Billy Nungesser vs. Jay Dardenne, Boustany and Landry.

In many cases, there aren’t clear-cut ideological differences. Nungesser presented himself as more conservative than Dardenne, but he also pursued the black vote in New Orleans and spoke of expanding the office of Lt. Governor. Tucker touted his conservative credentials as Louisiana’s House Speaker, but Schedler was being sued by ACORN, the NAACP and Obama’s Justice Department on grounds that his department wasn’t trying hard enough to register welfare recipients to vote – which gave him not only conservative “street cred” but a campaign narrative Tucker couldn’t top from the right.

In the future, however, and in particular beginning with the Landry-Boustany race, what we are going to see in Louisiana is an outright competition between Republican candidates for Democrat voters.

And the state’s Democrats see it. As one veteran political pro mentioned in a recent conversation, “Democrats are going to be the ones deciding who wins races in Louisiana from now on, and running candidates is the only way they can screw it up.”

What the pro meant was that in large districts and statewide races Democrats are unelectable. But if two Republicans make a runoff, whether there were Democrat candidates in the primary or not, those Republicans will have to include Democrats in a winning coalition in the general.

And that means Republicans will pander to teachers’ unions, to state employees, to university professors, to blacks – whatever groups make up what’s left of the Louisiana Democrat Party – in an effort to win races.

What this means is that in the absence of electable candidates or the wherewithal to mount competitive campaigns, the Democrats still have the ability to shape the composition of Louisiana’s Republican governing class – and to do it on the cheap. And that’s a bad development not just for conservatives and the state GOP; it’s a bad development for Louisiana as a whole.

Remember that while the legacy of Longite socialism in Louisiana lives on within the state’s Democrat Party, by the 1990’s “I’m a John Breaux Democrat” had become an ad nauseam line in election season. Democrats have for 30 years attempted to blur the line between themselves and Republicans; the real message from many of them has been that they have no governing philosophy and they’re in politics for the personal advantages elected office confers.

Many of those same John Breaux Democrats are now John Breaux Republicans. One of them, Billy Tauzin, negotiated the pharmaceutical industry’s capitulation to Obamacare at great personal benefit as that industry’s lobbyist. Many more are in jail. See most of the Democrats who ran Jefferson Parish over the past 20 years.

The point being that politicians with no principles or philosophical convictions are the likeliest suspects where corruption is concerned. And the effective one-party rule the Democrats practiced until 10-15 years ago (it wouldn’t be completely off-the-mark to say 5-10 years ago) in Louisiana was made up largely of those unprincipled politicians.

A jungle primary which incentivizes faux-Republicans to curry favor with Democrats to get elected invites a return to the kleptocratic one-party rule the Democrats imposed on the state for all those years, but this time under the sigil of the elephant rather than the donkey.

And it will poison the GOP brand. When a Republican-dominated Louisiana has John Alario as the president of a Republican-dominated state senate, it’s obvious that brand is already tarnished. It will also frustrate the state’s conservatives, who have essentially won Louisiana’s political argument but will have little to show for it when RINO’s can outpoll legitimate conservatives on Election Day in races the Democrats don’t effectively contest. That will make the right decisions on tough fiscal and economic issues the future will impose on Louisiana (closing the Charity hospitals, paying down the $19 billion in state employee pension debt, shrinking the number of state colleges) more difficult to find support for even though the public recognizes the threat they pose.

Democrat voters hardly profit by this, either, as Republicans who dole out too many goodies will fall out of favor with the state’s center-right majority – so at best this is half a loaf (or not even that). The lack of Democrat candidates denies the Left access to the electoral process just as it did Republicans when all the real action was in the Democrat primary.

But the bosses of the state Democrat primary are a different story. They can station themselves in safe redoubts in Orleans Parish, North Baton Rouge, North Lafayette, parts of Ouachita and Caddo Parishes and elsewhere, avoid the responsibility of raising money for large-scale races (one reason the Democrats were able to hold on to enough seats to block constitutional amendments like the one which would have merged SUNO with UNO a year ago was that party money which would have had to be spent on statewide races instead gave Senate and House candidates like Gary Smith, Ben Nevers, Jack Montoucet and Eric Lafleur a four- or five-to-one fundraising advantage over GOP challengers) and wait for the Republicans to pander to them for support and machine-delivered votes.

The jungle primary system was never a particularly effective method for producing and electing quality candidates. Now, it threatens to reward the worst politicians and the most discredited politicos with a thoroughly dysfunctional and “game-able” process.

It’s time to return to a party primary system for all the state’s elections. Voters deserve a clear choice between their candidates, and the political parties owe their supporters a competition for the right to bear their standard. Louisiana made the wrong move in 2011 when the Legislature voted to eliminate party primaries for Congressional and Senate races; a complete change in direction should happen before elections in Louisiana come down to a repetitive pattern of conservative-vs-RINO in major races.