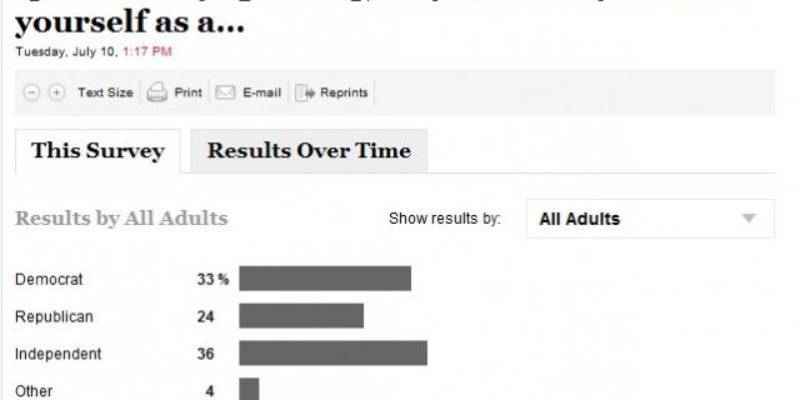 …and has a new poll out to prove it.

A pair of tepid jobs reports, landmark Supreme Court decisions on health-care and immigration laws, and an unprecedented barrage of negative ads have shaped the opening months of the fall presidential campaign. The impact on the horse race: virtually none.

According to a new Washington Post-ABC News poll, President Obama and Republican challenger Mitt Romney remain in a deadlocked contest, tied at 47 percent among registered voters and basically where they stood in late May.

The new numbers reflect a stubborn constancy: Only twice in 13 surveys over more than a year has either candidate held a lead exceeding the poll’s margin of sampling error. Now, the campaign appears destined to remain extremely close in the final four months before Election Day. 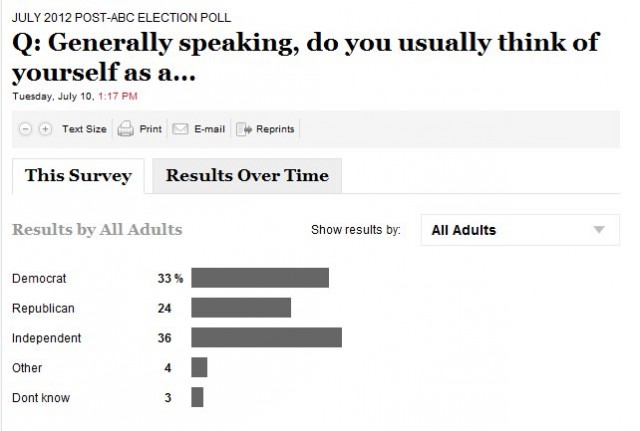 So in other words, it’s a D+9 poll. Which depending on whether you go by the current party-identification numbers which indicate the electorate is R+2 or the 2010 election cycle numbers (the last ones we have) which say it’s even, is a sample skewed between nine and 11 points to the Democrat side.

That would indicate Romney is nine or eleven points ahead had WaPo conducted a poll with a sample which conformed to what the electorate actually is.

Yes, yes. Rasmussen and Gallup have polls which are close just like the WaPo poll is. And one assumes their poll samples look like the party ID numbers they’ve generated which indicate an R+2 electorate at present.

But we’ll take these polls one at a time. And this is a poll with a D+9 sample that says Romney and Obama are even at 47.