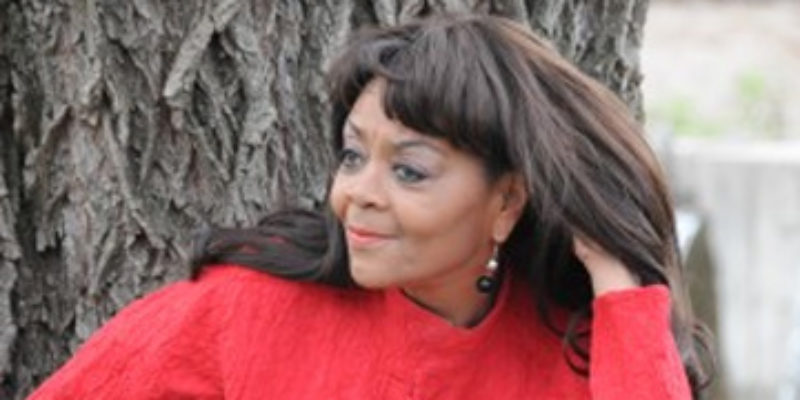 Before we suggest an answer, here’s another question: Who said this about Mitt Romney’s speech to the NAACP today?

“You cannot possibly talk about jobs for black people at the level he’s coming from. He’s talking about entrepreneurship, savings accounts — black people can barely find a way to get back and forth from work.”

The answer to that question? Charlette Stoker Manning, the chairwoman of Women in NAACP.

Manning’s idiotic statement, were it made by a white person, would be considered so blatantly, flagrantly racist that said white person would be drummed out of public life.

Saying that blacks are unqualified to start businesses or have savings accounts isn’t a whole lot different than other things we’ve seen people pilloried for, right? Did Jimmy the Greek lose his job at CBS for something more racially pejorative?

There should be a colossal outrage about this. Not by white people furious about a double standard; that’s old and tired. No, the outrage which leads to Manning’s being tossed out on her ear ought to come from the black community. Black folks ought to be apoplectic that somebody who’s supposed to be fighting for them would characterize them in such a light.

Wanna know what’s even worse? Charlette Stoker Manning makes her living as a lecturer on the rubber-chicken circuit! From her bio at SpeakerMatch, a speaker’s bureau which pays her “$1000-2500 per appearance”…

For more than twenty five years, Charlette Manning has embarked on a quest to find more meaning in her life by blending her business experience with the spiritual path that has unfolded before her. While maintaining her strong ties to business, she extended her studies to become an Ordained Minister in International Religious Studies at the University of Seattle, and a “Mastering Life’s Energies Coach”, under the direction of Maria Nemeth and Associates of Sacramento, California, and offers personal, one on one counseling and coaching teleseminars, and workshops throughout the country.  Charlette is also a graduate and Certified Trainer from Peak Potentials under the direction of T. Harv Eker, and a student of Mark Victor Hansen’s Mega University.  She has studied with and been mentored by such notables as Mark Victor Hansen, Jack Canfield, Robert Allen, Alex Mandossian, and James Arthur Ray.

Charlette spent seven years working for the legendary Marianne Williamson, considered one of the nation’s Guru’s of New Thought.  Through years of study and preparation she studied with and worked for other New Thought legends such as, Jean Houston, Dr. Wayne Dyer, Carolyn Myss, Les Brown, Jacob Glass, Michael Eric Dyson, Stedman Graham, and Oprah Winfrey.

Charlette is a native of Alexandria, Virginia and has lectured professionally since 1996.  A member of the National Speakers Association and a published author, (The 4 Ingredients to Spiritual Peace, and, The Business of Forgiveness) Charlette spreads a message of faith through action, and empowerment through forgiveness.  Mark Victor Hansen’s says about The 4 Ingredients, “If you want to experience spiritual peace read Charlette’s book.”

Known as the “Forgiveness Coach” Charlette’s message is empowering, engaging, energizing, and entertaining.  Her mission is for us all to return to the love that God is, and to experience this love in our daily lives.

Charlette has been a sought after speaker/trainer spreading her message throughout the United States, Canada, Europe, and the Caribbean.

It would be less incredible to see such an idiotic and counterproductive statement if Manning was a secretary at some trucking company or a low-level bureaucrat somewhere. But the fact she’s a professional communicator, albeit a crackpot, offers such an utterance is really surprising.

Is it unfair to say that if the NAACP doesn’t immediately disavow Manning’s statement we should take that as a sign it endorses her dim view of black people’s capabilities? And if so, should the black community not take that endorsement as a signal it’s time to turn its back on the NAACP?

Certainly one could view the NAACP as an advocacy group made up of people who are heavily invested in the concept of black people as victims in need of special treatment by government. And if that’s the case it would certainly be in the NAACP’s interest for what Manning said to be true – the black community a client of the government by necessity, and people like Manning and her NAACP friends as middle men supplying those goodies.

Otherwise, there would be less of a need for that middle man, wouldn’t there?

Mitt Romney just came from being booed at the NAACP’s convention in Houston. He got a few cheers as well, and he got a polite ovation for having endured his audience’s abuse at today’s speech.

But Romney ought to seize on Manning’s statement and issue a challenge to Black America – “if you agree with Miz Manning that savings accounts and business ownership are beyond your capabilities as a black man or woman in America, by all means continue to support the NAACP and vote the way they tell you. But if not, then you owe it to yourself to re-examine whether these people should have any influence over your political choices at all.”