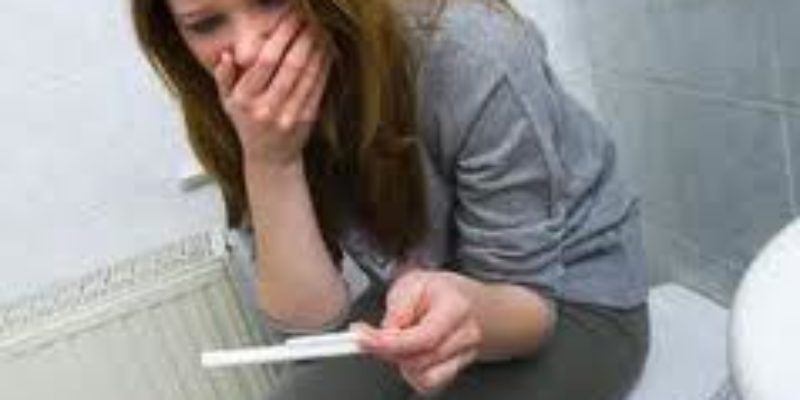 I might have to take a long shower after this, but the American Civil Liberties Union (ACLU) is right in threatening a Louisiana charter school with a lawsuit if it doesn’t revise its policy concerning pregnant girls or those the school suspects might be pregnant.

As hard as it is to agree with the ACLU, I can take comfort in the knowledge that the organization is bound to soon threaten private schools participating in Louisiana’s expanded Student Scholarships for Educational Excellence program—more commonly known as school vouchers—with lawsuits and I can get back to bashing it.

That makes me feel a little less dirty.

The News Star reports that the ACLU has sent Delhi Charter School a letter requesting the school change its policy or risk a lawsuit “and or a complaint with the appropriate state or federal enforcement agencies.” 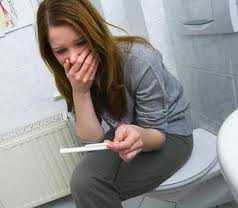 Delhi Charter’s current policy, apparently, is to force girls suspected of being pregnant to take a pregnancy test. Girls who are known to be with-child have to stop attending classes and enroll in home study courses until their pregnancy has ended.

The school also gets to pick out a doctor for the pregnant girl. The story doesn’t say whether or not Delhi Charter gets to pick out a name for the kid, but I wouldn’t be surprised if school officials aren’t considering putting that into their pregnancy policy.

You could argue whether or not you think that Delhi Charter’s policy is a good one, but you wouldn’t be able to argue that it’s legal. As you might suspect, there are federal guidelines for this kind of thing and Delhi Charter isn’t following them.

Marjorie Esman, executive director of the ACLU of Louisiana, is correct in pointing out that Delhi Charter’s policy runs counter to Title IX (Education Amendments of 1972) provisions that prohibit schools that receive federal money from discriminating against pregnant students. She is right, despite inane comments like “(The school’s policy) is based on archaic and pernicious stereotype that a girl’s pregnancy sets a bad example for her peers.”

Of course, it sets a bad example. That’s not the point. The point is that charter schools, while they are administered differently, are public school that exist through federal grants. As such, they have to follow federal guidelines, like it or not. The ACLU is correct and Delhi Charter would most likely lose if this ever went to court.

Court rooms are favorite battle grounds for the Left, who don’t like charter schools and hate even more that money is being diverted from public school in the voucher program. Teachers unions are already threatening private and parochial schools participating in the voucher programs with lawsuits and it wouldn’t be a stretch to see the ACLU start sending out nasty letters to these schools demanding policy changes like the one Delhi Charter got.

There’s a big difference in charter schools and voucher schools, though. Federal money that goes to Louisiana public schools is targeted toward specific populations, like special needs students, or specific programs such as the Charter School Federal Grant Program. Private schools that receive voucher students are independent entities that don’t use federal money filtered through the Louisiana Department of Education.

Regardless, you can be sure that letters like the one Delhi Charter got will be coming to a voucher school near you as soon as a policy can be pinpointed as discriminatory in anyway that could be imagined.

It’s inevitable, but I, at least, won’t be put in the uncomfortable position of having to agree with the ACLU—uhhg. I think it’s time for that shower.

As might be expected it didn’t take long for this story to go national or for Delhi Charter School to be forced to change its policy. Here is a link for a video in which Judge Andrew Napolitano weighs in on the controversy on Fox News today.

Besides obvious legal implications of Delhi Charter School’s (now former) pregnancy policy, there are a few other points that made it particularly bad.

We live in a time in which our privacy is constantly being eroded by state authority and too often we submit, because we either feel powerless or buy into the lie that it’s for our own good. The potential for abuse in a policy as intrusive as Delhi Charter’s was is just downright scary.

If you disagree, consider a little scenario in which an innocent teenage girl might fall prey to vicious rumor mongers that leads to she being pulled out of class and made to urinate into a pregnancy test or be kicked off campus. Sound like a society that you want to live in?

And since it takes two to make a baby, what about the boy involved. Is he to go free? Doesn’t seem quite fair.

Would school officials need to compile a list of possible male suspects for interrogation? DNA testing would be in order to get to the bottom of things, which could only happen after birth. Maybe the father could be home schooled next year—after the baby is born—and all the tests are in.

What if the boy was impregnating girls at another school that Delhi Charter School officials couldn’t force into a pregnancy exam or DNA test after birth? Maybe they could sneak into hospitals after delivery to see whose eyes the baby has for a possible match.

All of this might seem absurd, but its the can of worms you open up when public schools set policy aimed a correcting a societal breakdown like the one that has lead to the rise in teen pregnancy over the last 30 years or so. While Delhi Charters policy was obviously well intentioned—meant to teach girls that a consequence of promiscuity would be to be kicked off of campus—it was misguided.

Young girls don’t really consider whether or not they will be forced to home school when they become sexually active. It’s no more on their minds than the reality that having an illegitimate child will most likely force them to live their most formative years in dire poverty with burdens of responsibility for which they are in no way prepared.

The breakdown of values that has lead to this problem—helped along by a popular culture that revels in sexual exploitation of women and a welfare state that absolves men of parental responsibility—has been years in the making and will take years to undo.

It will take something of a cultural revolution to fix, in which Americans turn away from elements that are destroying traditional mores and a government that thrives on wholesale dependency. Enacting public school policies that are patently unfair to girls which leave schools wide open to legal challenges from groups like the ACLU isn’t going to cut it.