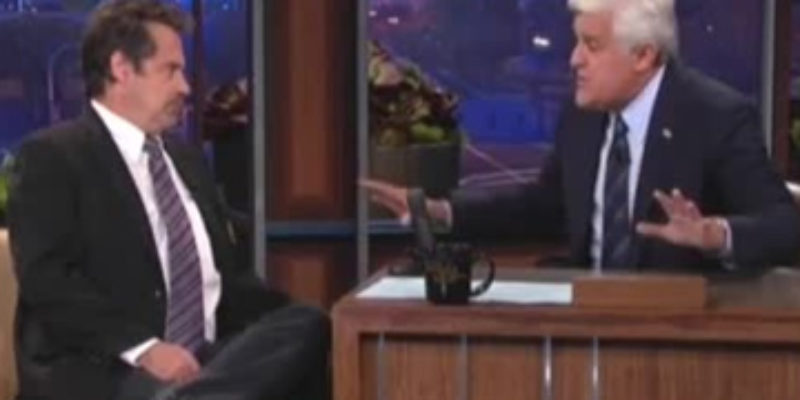 This will entertain you.

Via Newsbusters, Miller was a guest on the Tonight Show last night talking politics with Jay Leno, and when the host unleashed a spew of Democrat talking points about how President Obama has “compassion for regular people” and Mitt Romney had to go “all the way right,” Miller let him have it.

With Sandra Fluke as the butt of the jokes…

The transcript, also via Newsbusters…

DENNIS MILLER: I don’t dislike President Obama. I just think that it’s been an inept four years. And you know, I’m just calling it as I see it. I know you like him. What am I missing over the last four years? It just does not seem that good to me.

JAY LENO: Well, I think he has compassion for regular people. I think that’s what — I think if the Republican Party is missing anything, it’s this sort of war on women, and, and compassion-

LENO: War on women? With Sandra Fluke? She’s 30, for God’s sake. She’s still in school. She wants me to kick in ten bucks a month for her birth control? Here, I’ll give you ten. Just shut up for a second, okay? [Cheers and applause] This woman, Jay, the war on women, for God’s sake.

MILLER: The chick’s like Moan of Arc, come on. [Laughter]

LENO: No, but Todd Akin was-

LENO: He’s an idiot, but he was saying what the platform is. And that’s what many believe. I’m glad he came forward because it kind of showed – that kind of got pushed to the background and I think it shows what many believe. Because I think Romney is a a good guy and a decent man. I just think he had to go all the way right, which I think will ultimately hurt him in the long run.