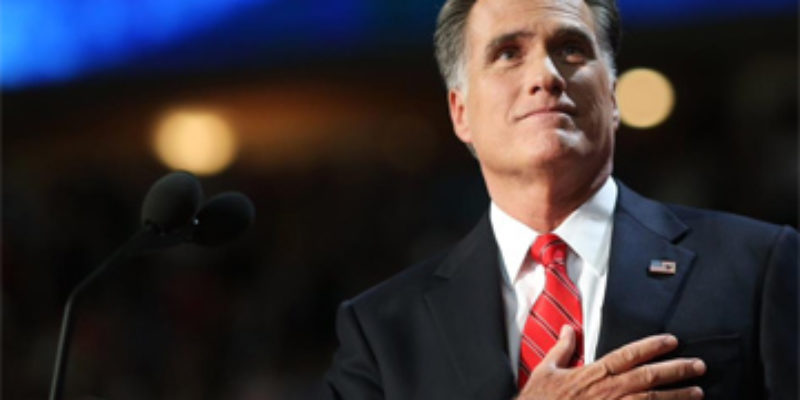 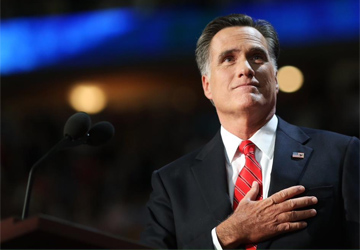 Masterful. And presidential. And victorious. The distance this man has covered since December, when it appeared all he and his campaign had to offer to the conservative electorate was inevitability, to today is breathtaking.

What a difference a speech makes. As Ari Fleischer noted on CNN, the same media that was cool with the shallow vapidity of hope and change in 2008 is now demanding specifics from Mitt Romney. Last night in Tampa, he gave the one set of specifics he needed to give — a course correction.

The Democrats are screaming that it is a return to the 1950′s, when unemployment was less than it is now. That is a talking point. Mitt Romney made a very simple case for himself last night: the President promised the oceans and the earth. He’s just promising to help Americans. It was a modest plan with bold implications.

The speech was the best speech Mitt Romney has ever given. The material might not have been the greatest, but Romney himself delivered it with more substance than the text. The story of the rose will resonate. The desire for parents to have their kids piled up back on the bed will resonate. Mitt Romney will resonate.

Romney’s speech wasn’t specific. “Specifics” in a campaign speech means making campaign promises. Republicans ought to be about principle, not promises, and there was lots of principle in that speech.

Obama can make promises with the best of them. Let him promise next week. Better yet, let Obama give us a plan for his second term, because so far there’s no evidence of any plan whatsoever – or at least not one that he’d consider presenting to the voters.

But before the speech, the campaign put forth two key elements to answer the charges that the candidate lacks empathy and humanity.

The first was a parade of testimonials, the best of which came from Ted and Pat Oparowski…

And the second was a 15-minute documentary video telling the Romneys’ story, which was one of the most moving and inspirational things you’ll ever see.

Following those elements setting it up came the best speech of Romney’s career. Pay close attention to the moment when he says that his wife Ann would have been successful at anything she wanted to do (if that moment doesn’t move you, you’re unmovable)…

By halfway through the address it became very clear that this was a president that the country could get behind, and that this was a First Family America could look up to. The real question the media has been asking, and polls reflect that maybe it’s the case with the public as well, is whether Romney is a viable alternative to a Barack Obama most of the country is ready to vote against. Last night’s program, and particularly the part of it specifically referencing the candidate, made a case for that. One imagines that case will be persuasive.

Certainly there is a high bar for the Democrats, and their scheduled collection of washed-up politicians, special interest lobbyist and left-wing organizers at the rostrum, to meet in Charlotte next week.

Interested in more national news? We've got you covered! See More National News
Previous Article Is The Media Worse Now About Their Left-Wing Bias Than Ever?
Next Article Maybe The Best Ad Of The Political Season So Far…