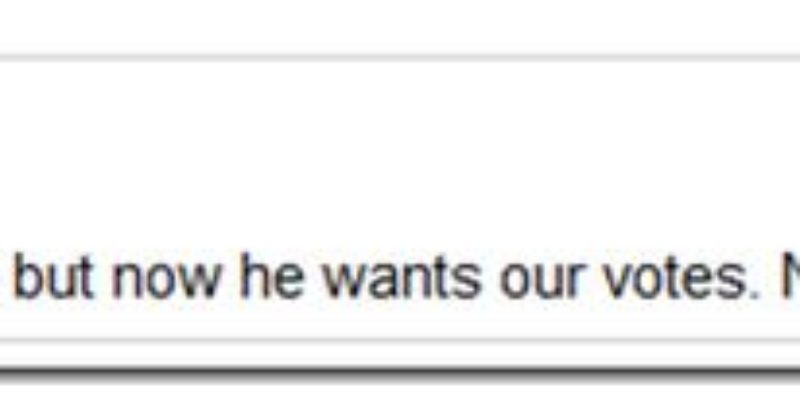 If the question seems somewhat premature, given that we are more than two months away from the jungle primary in Louisiana’s newly shaped Third Congressional District, I don’t really think so.

The last-minute entrance of a token Democrat into Louisiana’s most interesting contest of the political season has made things even more interesting and is much better news for the Landry camp than the Boustany camp. 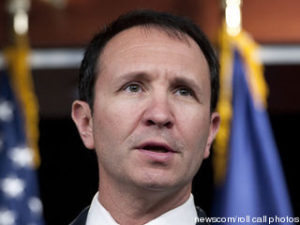 That’s not to say that Landry will be staying in the U.S. House of Representatives—it just makes it a pretty good bet that he will be in the run-off that’s coming about a month after the Nov. 6 election.

With the dust settling from last week’s qualifying, we have our two sitting Republicans—Rep. Charles Boustany, R-Lafayette. and Rep. Jeff Landry, R-New Iberia—vying for the state’s soon-to-be downsized Congressional Delegation against another Republican,  Bryan Barrileaux of Lake Charles and Libertarian Jim Starks of Lake Charles.

There is also the token Democrat mentioned, an attorney from Lake Charles named Ron Richard.

No disrespect is meant to Mr. Richard by referring to him as a token Democrat, but that’s what he is. With the Libertarian Party running more candidates for Congress in Louisiana than the Democrats this time around, it just didn’t look good for there to be no one to represent the former majority party in the most watched race—outside of the presidential race—in the state.

The Democrats needed somebody and they got Richard to signed up to run on Friday, the last day to qualify. He won’t win the seat, but he’s in there. Landry, the most conservative viable Republican in the race, also needed a Democrat in the contest to pull votes away from Boustany. The hope for Landry is that the Democrat can win enough ballots to edge Boustany out of a run-off election that would come on Dec. 8.

Whether Richard, a little known candidate entering the race with a couple of incumbents with hefty war-chests, will give Landry a cakewalk to re-election in a run-off remains to be seen. 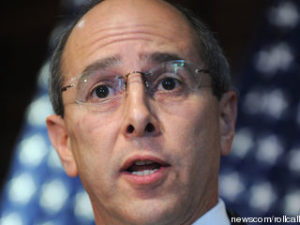 There will be a run-off in the Nov. 6 jungle primary election, despite internal polls from Boustany released early this month that had the man who commissioned them winning a 61 percent landslide in an imaginary match-up that gave Landry 20 percent of the vote.

The Public Opinion Strategies’ survey of 400 likely voters had Boustany avoiding a run-off election by landing 56 percent of ballots to Landry’s 20 percent with a generic Democrat named “Fred Green” thrown into the mix—don’t you believe it.

Neither Boustany or Landry is hitting the 50 percent benchmark in the first go-around.

“Fred Green” has turned out to be a Democrat from Lake Charles who presents a challenge to Boustany, who’s gonna need every Blue Dog he can grab if he wants to make it into a run-off election against Landry. It might seem like stretching to say that Landry’s definitely going to be the run-off election—but it makes sense.

The tea party is where the energy in going to be in November. These voters will be out in droves to make sure that Obama is sent packing and enough of them will be pulling the lever for Landry—Tea Party Caucus member— to put him in a run-off election.

Boustany’s polls show he is doing well with the tea party, but he won’t do as well as Landry. That’s even more true with Landry reminding people how the moderate Republican voted against things like his measure to stop “Solyndra-style subsidies” to green energy.

Boustany, for his part, wants to dock the pay of congressmen—like Landry—who habitually miss congressional votes. Landry, has been absent for about seven percent of voting since he joined Congress in 2011. Boustany has missed three percent of votes in his eight years in Congress.

Landry believes that with the way Boustany sometimes votes, he should have been absent a little more.

And the tit-for-tat ensues with this latest Google add from Boustany, directing voters to a page that tells you people in Lake Charles that Landry never wanted y’all in his new District 3 anyway:

Yeah, things are heating up and are bound to get even hotter, but here’s a little prediction in the Third District Congressional race that really isn’t too hard to make: There will be a run-off election and Landry will be in it.

If he is in it with Richard, the Republicans will win a landslide in the first race for the new Third District.

If it comes down to Landry and Boustany, it’s still anyone’s race.

Boustany might have more money—about a million dollars more than Landry—and be more palatable than Landry to many voters, but the energy will still be in the tea party vote this election cycle. That will remain true even after a Romney win in November and more so if Obama is given a second term.

Landry has a better campaign team, at least in my experience, even if he doesn’t have as much campaign cash as Boustany.

Money’s not everything, as Republican establishment-backed Lt. Gov. David Dewhurst discovered in Texas. In the Texas U.S. Senate Republican primary race, Ted Cruz was out-spent nearly 3-to-1 by Dewhurst. Despite that, the tea-party candidate crushed the establishment candidate.

The Louisiana Republican Party is staying out the Third District race, for now. That’s smart.

The sweet irony of the Democrats entering a candidate is that it betters the chance that a tea partier like Landry will be keeping his seat in a race that they are going to lose, regardless.