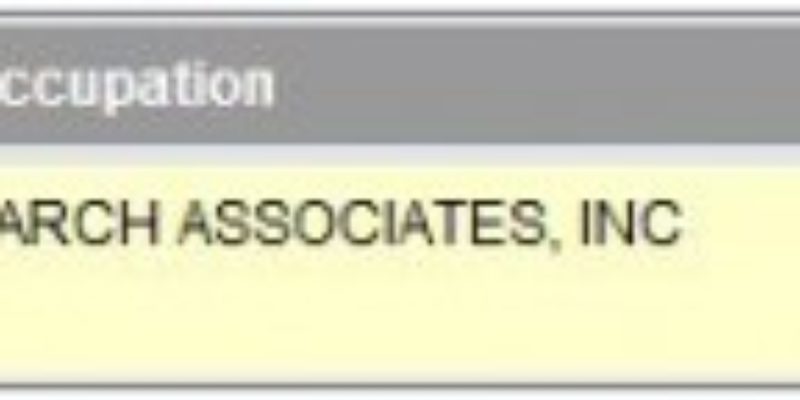 Mixed feelings on this…

Vante regrets the unfortunate events that transpired yesterday in Tucson between our former CFO/Treasurer Adam Smith and an employee at Chick-fil-A. Effective immediately, Mr. Smith is no longer an employee of our company.

The actions of Mr. Smith do not reflect our corporate values in any manner. Vante is an equal opportunity company with a diverse workforce, which holds diverse opinions. We respect the right of our employees and all Americans to hold and express their personal opinions, however, we also expect our company officers to behave in a manner commensurate with their position and in a respectful fashion that conveys these values of civility with others.

We hope that the general population does not hold Mr. Smith’s actions against Vante and its employees.

We talked about Adam Smith’s stupid self-made YouTube video, in which he goes through the Chick-Fil-A drive thru to get free water and then records himself berating the $8.00 an hour employee at the window about the stance of Chick-Fil-A’s CEO on gay marriage, this morning.

The guy is unquestionably, as Michelle Malkin termed him, a douchebag.

And because he is, it’s completely understandable that the rest of Vante’s management team would decide they’ve had enough of his crap and show him the gate.

He certainly doesn’t represent the type of attitude you’d like your company to present to the public. That’s as bad for business as it is for morale at the office.

But where the mixed feelings come in is in the fact that Smith is out of a job because of his bad choices in expressing his political views. And that’s not a great precedent. His First Amendment rights certainly don’t extend to acting like an unmitigated boorish jackass in his own home videos without consequences at the workplace; all the First Amendment really says in this regard is that government can’t do anything to you for speaking your mind.

Vante – which is otherwise known as Engineering & Research Associates, Inc., is well within their rights in protecting their brand against the damage this obnoxious popinjay has done to it in the last 24 hours by publicly firing him. And certainly there has been damage; just try to go to their website and you’ll find their server has all but melted due to the traffic coming in. That’s not likely a result of people deciding they want to buy catheters from the company whose CFO makes videos of himself pestering fast-food employees while saying “there’s not a gay in me” (whatever the hell THAT means, and whyever the hell he felt it necessary to deny homosexuality on his part); this is what’s known as “bad web traffic.”

So you can’t fault his employer for giving Smith a pink slip today. But we shouldn’t celebrate it, either. Nobody wins here, outside perhaps of the Chick-Fil-A employee in the video who handles herself with the kind of grace and professionalism a corporate CFO probably ought to. She’s probably in line for a promotion at Chick-Fil-A, or if not that maybe even a better job with a different company.

And as for Smith, well…he’s out of a job, and it’s going to be difficult for him to find one as good or better than the one he just lost based on the fact that thanks to his own actions everybody in America knows what a tool he is.

And because of that, there’s another loser in this kerfuffle – namely, a certain candidate for major political office. Because one of his campaign funding sources just dried up…