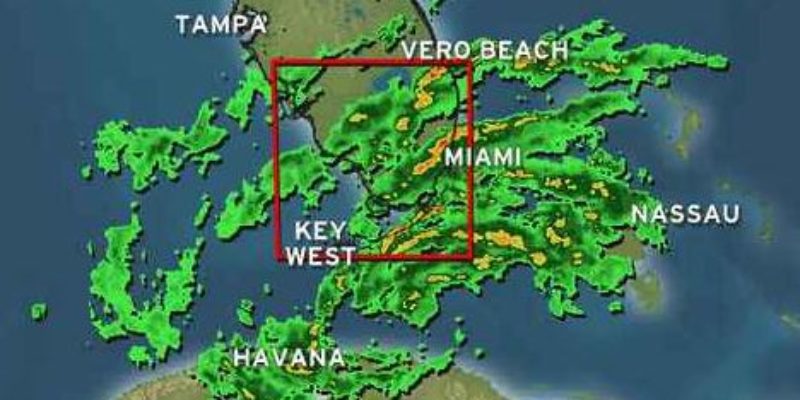 UPDATE #4: The 4 p.m. updated track is out and it does look like it’s moved slightly westward from the Gulport landfall.

Hey, if you can’t do hurricane humor before it hits, when CAN you do it?

UPDATE #2: In New Orleans, mayor Mitch Landrieu also declared a state of emergency. But Landrieu said the city was NOT setting up any shelters of last resort, so no Superdome. “Shelter in place” is the rule…

Mayor Mitch Landrieu has declared a state of emergency over what is now Tropical Storm Isaac, which is forecast to become a hurricane before making landfall sometime late Tuesday night or early Wednesday.

Landrieu said there will be another press announcement at noon Monday, but as of this time, there is no call for evacuation based on the information they have at this time.

Landrieu said that if people shelter in place, they need to be prepared to go for a while without power.

Landrieu said people concerned about their cars will be allowed to park on the neutral ground without penalty beginning Monday afternoon.

There will be garbage pickup Monday, but none on Tuesday or Wednesday.

UPDATE: Gov. Bobby Jindal just held a press conference and declared a State Of Emergency for all of Louisiana on account of Isaac.

Jindal was scheduled to speak on Tuesday in Tampa, but in all likelihood he’s a scratch now. That isn’t confirmed.

The official predicted track still has the storm making landfall around Gulfport as a Cat 2, but now there’s this…

What that looks like is that the storm will beat up the entire coastline of Louisiana and Gulfport won’t get much of anything.

But today’s press conference has the southeastern part of the state experiencing tropical storm conditions within 48 hours.

Gulf temperatures are in the mid-80’s right now, and that means once it passes Key West it’s likely to strengthen a great deal. The good news is it’s moving fast, so it will have less time to spin up.

But we’re likely to get hit with something we won’t like. Guaranteed, in fact, not likely.

The next time somebody at LSU decides to schedule North Texas at the beginning of the season, they need a therapy session.

Oh, and here’s a shot of the front edge of the storm from earlier today. This was off Miami…

Jindal says he’s calling for voluntary evacuations from the coastal parishes and places outside levee protection. Now. They might go mandatory before long.

Remember how the last couple of days this thing was going to hit Pensacola, then Mobile, then Biloxi?

Not any more. Now it’s coming straight up the mouth of the Mississippi, from the looks of it.

Tropical Storm Isaac has winds of 65 mph winds as of the 7 a.m NHC update. A hurricane watch has been issued for the mouth of the Mississippi river eastward to Indian Pass, FL. This does not include the metropolitan New Orleans area, but it does include the Mississippi coast.

The latest NHC track and cone shows that New Orleans and SE LA is INSIDE the cone now.

Official track has shifted westward to a landfall near Mobile Bay. This was expected because of the shifting GFS and Euro models overnight.

Intensity may be a 105 mph Cat 2 storm, although that is just an estimation. It could be stronger or weaker. As the storm leaves the Florida Keys today and tonight, the track should tighten up and we’ll have a more defined idea on the future of Isaac. However, today is the time to ready yourselves for possible hurricane conditions. Review your plans and be ready to take action if need be.

And the Weather Channel’s latest cone of uncertainty…

A Cat 2 storm isn’t the worst thing in the world. Katrina was a Cat 3 when it came ashore, but it had been a Cat 5 beforehand and had developed a Cat 5-scale storm surge. This thing looks like it’s moving a little too quickly to build up that kind of surge.

But it’s hard to say. After all, look at the size of this monster…

Interested in more national news? We've got you covered! See More National News
Previous Article Tropical Storm Isaac Models Are Beginning To Shift Westward Toward Louisiana
Next Article If You’re Going To Tampa For The RNC, Best Stay Out Of The Strip Clubs If You Don’t Want To End Up On YouTube