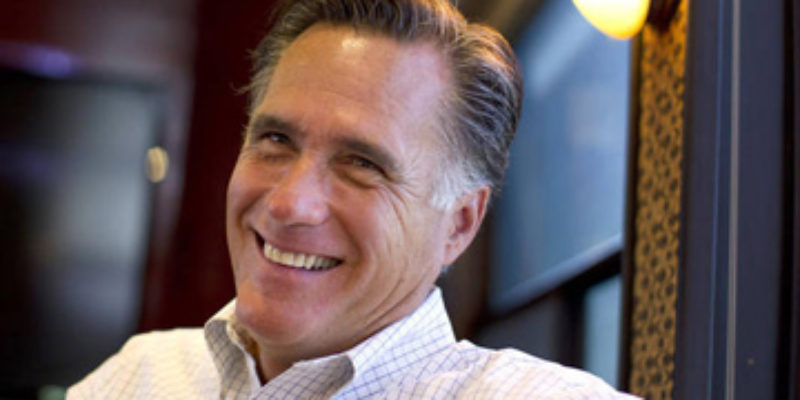 …but it’s true, because of the most basic reason in politics.

Money is the mother’s milk of politics, as everybody knows, and Obama’s campaign is going hungry.

A graph of cash-on-hand figures, thanks to yesterday’s FEC disclosures…

Romney led Obama in cash on hand at the end of July $185.9 million to $123.7 million, according to numbers released by the Romney campaign and filed with the FEC by Obama’s campaign.

While both campaigns previously announced the amount they raised in July and Romney’s campaign announced its cash on hand total two weeks ago, Obama’s team did not say how much it had in the bank. Reports filed Monday, though, show Obama’s campaign and the Democratic National Committee continued to spend more than they brought in in July and saw their cash on hand fall by about $20 million combined.

The most interesting number, of course, is that Obama spent $59 million last month running attack ads against Romney – including that ridiculous Joe Septic ad which accused Romney of killing women with cancer – and raised only $49 million.

Such a cash burn illustrates the heavy spending Obama’s campaign has made this summer on advertisements designed to promote his own image and parry attacks from Republican presidential candidate Mitt Romney and right-leaning outside groups.

“At some point, with all of the money spent on the air on the GOP side, advertising will hit a saturation point,” Obama spokesman Ben LaBolt said. “And that’s why the unparalleled ground organization we’re building – which can’t be replicated in the time remaining – could provide us with the decisive edge.”

Sure. The ground troops will tell the tale. That’ll work.

Who are the ground troops going to be? The union goons from the Wisconsin recall? The New Black Panthers?

Think the Occupy people are going to outwork the Tea Party on the street? We don’t.

Obama won in 2008 largely – not entirely, but largely – because he had twice the money to spend down the stretch than John McCain did. Now he’s in a position where he’ll have maybe half what Romney has down the stretch.

Plus a bad record to run on. Plus zero message on the budget or the economy.

Plus a far tougher opponent than McCain, who was the worst GOP nominee since Alf Landon.

The polls are still hovering at 50-50 at this point, and there are still some electoral maps out there which favor Obama, but then again there’s this…

That was put out by the Republican Security Council, which is part of the GOP’s Washington operation. It listed what we’re assuming is internal party polling, and on a state-by-state basis if their numbers are correct one can see a potential for a wave election blowing Obama completely away on November 6…

A $60 million August advantage which grows, and there is no particular reason why Romney won’t outraise Obama from here on in, could easily move poll numbers a half-dozen points to capture a New Hampshire, a Nevada, a Pennsylvania and a Michigan.

Particularly when there are internal issues in those states which could easily break badly for the president. The stupid decision of Eric Holder to fight Pennsylvania’s voter ID law, for example, which is bound to incite the rest of the state against the crooked, race-based politics of inner-city Philadelphia, could in combination with Obama’s war on coal and the suspicion of his second term being marked by an assault on fracking turn that state red. Bear in mind that the GOP took over the governor’s mansion and the state legislature in 2010; it’s by no means true that Pennsylvania is a hopelessly blue state.

Or in Michigan, which is also now run by Republicans in the legislature and governor’s mansion, the news that GM could be careening once again toward bankruptcy could well spell disaster for the president.

Most of all, though, it’s that huge financial advantage Romney has opened up. That number will cast Obama as a loser, and when people perceive your campaign as doomed you can’t raise money at a brisk pace anymore. Obama might struggle to raise more than $49 million in any month from here on in, while Romney will likely be raising double that amount the rest of the way.

All of which spells a blowout election. The polls might not show it yet, but it’s August. If you’re well out to sea, in deep water, a tsunami wave will wash right under your boat without you even feeling it. Closer to shore, however, the effect is unmistakable.

UPDATE: Michigan? Did someone say Michigan?

The 2012 United States Presidential election will be held on November 6, 2012. Who are you more likely to vote for in the election??

It’s beginning to look like the Upper Midwest is turning red. If that happens, Obama is more than cooked – he’s eaten.