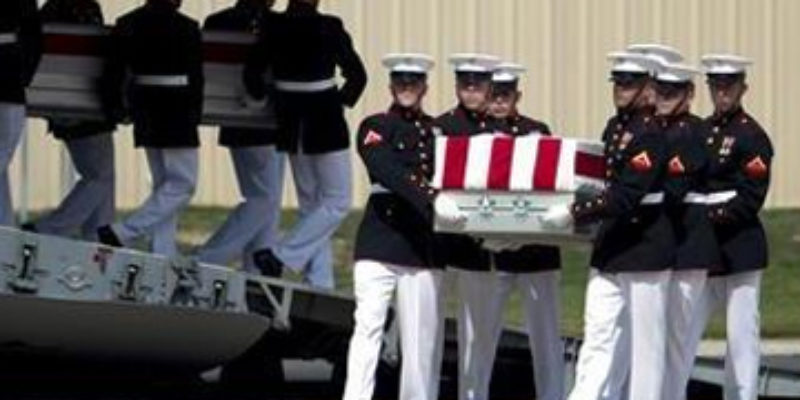 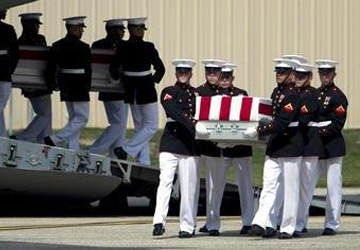 …we’re lifting this straight from Blackfive, for which we apologize – but it needs to be publicized as much as possible.

Ty Woods was one of the two former Navy SEALs who fought the animals in Benghazi to the death in an effort to save Ambassador Chris Stevens the night of September 11. That fight was ultimately in vain, but Woods is nevertheless a hero.

And his wife? Well, we like her. A lot. It’s just too bad this wasn’t on video…

I had the privilege of attending Ty Woods’ funeral this morning at the North Island Naval Air Station Chapel in Coronado.  Ty and Glen Doherty are former SEALs and State Department contractors who came to the aid of the US Ambassador to Libya during the attack on the Benghazi Consulate.  Ty and Glen were not assigned to the Ambassador’s security detail.  However, when the attack against the Consulate came, they ran toward the sound of gunfire and and defended the facility and the Ambassador for several hours against a numerically superior assault force, and went out like rock stars after planting dozens of those scumbags.

Ty’s widow, Dorothy, delivered an inspiring eulogy with more grace, poise, and fervor than I have ever witnessed from the spouse of a fallen warrior.  I wish I had the entire thing on tape, as it should be read by the nation on the anniversary of 9/11 next year.  Here are two quotes that I will never forget.

“It is easy to write a book about being a Navy SEAL, but it is very hard to write an obituary for one.”