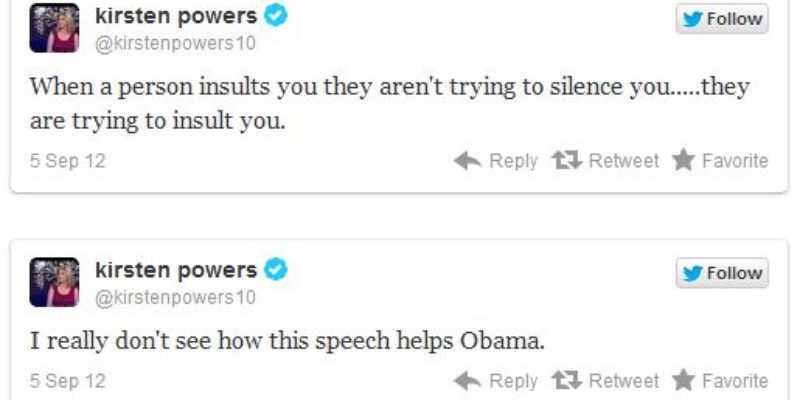 By all indications, not particularly well.

After all, if you’re a Democrat woman, you probably want Kirsten Powers to say you did a good job speaking in prime time at the Democrat Convention. 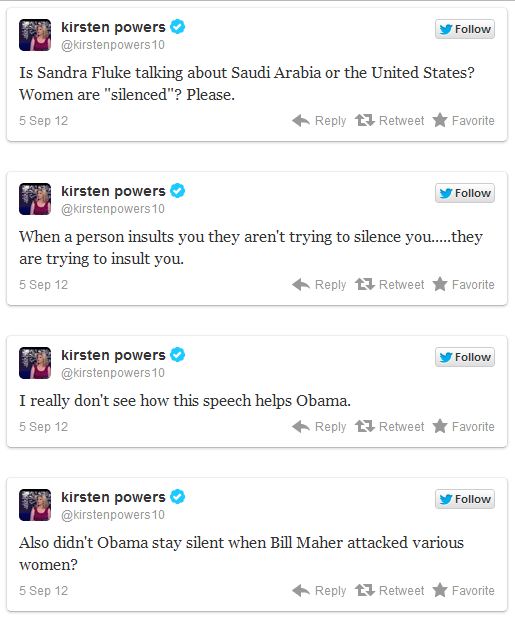 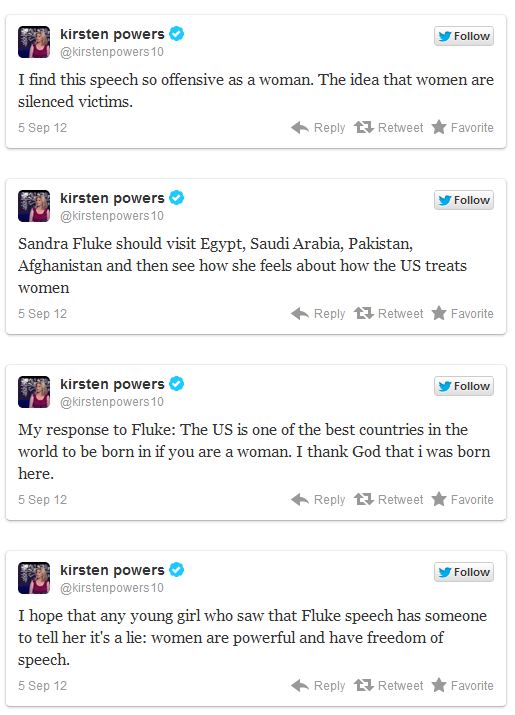 Powers’ reaction to Fluke’s speech, in which she treated her having gotten termed a “slut” by Rush Limbaugh after testifying at a Congressional Democrat dog-and-pony show that birth control costs $3,000 a year and the Catholic university she chose to attend ought to be required to pay for it as some sort of national scandal, might not have been reflective of Democrats as a whole. The common reaction to it was to ignore it.

After all, the Democrats pushed her speech back from its previously scheduled time into the 9:00 (Eastern time) hour, presumably to get her more coverage. But ABC and CBS didn’t show the speech, and NBC had the Dallas-Giants game on.

Do a search on Fluke’s speech and you’ll find little reaction to it. Sure, the Huffington Post has something, and Mediaite’s ridiculous Tommy Christopher thinks it’s the new Gettysburg Address. Outside of that, though, the Left doesn’t really want to talk about Sandra Fluke.

Bear in mind that Fluke was speaking in the same slot Condi Rice filled for the Republicans. How about that comparison?

“Your president could be a man who stands by when a public figure tries to silence a private citizen with hateful slurs. A man who won’t stand up to those slurs, or any of the extreme, bigoted voices in his own party.”

How self-centered and whiny can you get? She shows up at a “hearing,” which was in fact not a hearing but a press conference thrown together by Nancy Pelosi and a few of her fellow kooks in the Democrat women’s caucus in the House of Representatives, to demand that the federal government force a Catholic university to go against church teachings and supply free birth control pills and condoms to finance her sex life, and when she’s made the butt of some rather crude jokes by Limbaugh and LOTS of other people somehow Mitt Romney has abdicated his responsibility as a leader by not defending her? And because of this Romney’s prospective presidency would deliver American women into 19th century bondage?

This is drama-queen assclownery in its highest form. It’s no wonder Powers saw it for what it was. But it is a wonder that supposed adults running the convention put this on in prime time.

Those convention organizers should be thanking the broadcast networks for saving them the embarrassment of putting Fluke’s crazy talk on full display.

Interested in more national news? We've got you covered! See More National News
Previous Article The Alternative Universe, The Media Feedback Loop And Why Romney’s Now Winning
Next Article Hayride Cartoon: How In Heaven’s Name Did That Happen?