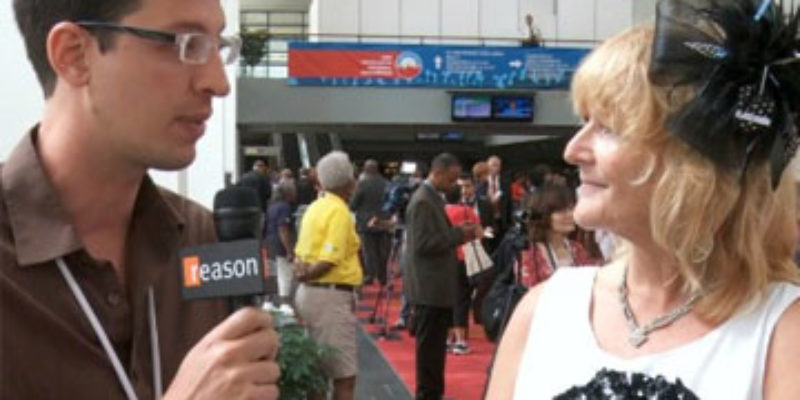 We may be a little late to the game on this, but folks should see it anyway. If you can watch this without pulling your hair out, and you’re not already bald, then we’d like some of what you’re drinking.

Can these people be described in any way other than nanny-state fascists? And can anybody take them seriously when they scream that Republicans want to take away your freedom?

The folks at Reason were shooting fish in a barrel, of course, because (1) we already know based on the horror show at the podium what kind of people comprise the delegates of the DNC and (2) the one thing about these man-on-the-street videos is that the folks who give reasonable, intelligent responses don’t usually make it into the final video.

Assuming there were reasonable, intelligent responses, of course.

We’re trying to find out who the Louisiana delegate was in the video who said she was “ABD.” We’ll update when we do.