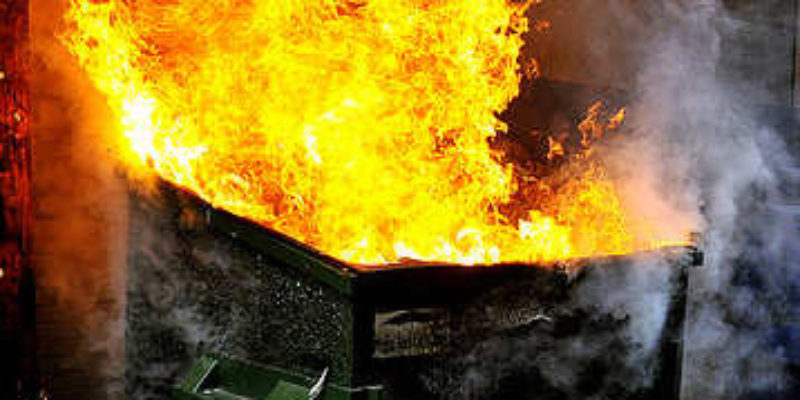 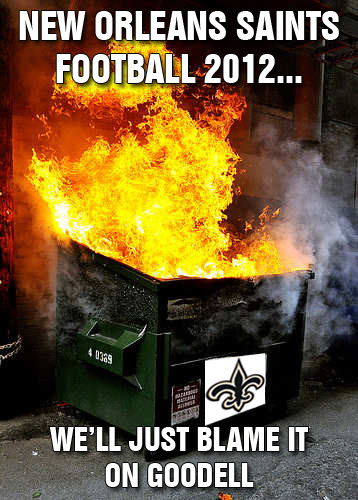 …because they’re beyond awful.

Nobody goes 0-3 in the NFL and makes the playoffs. Nobody.

Particularly not teams with a defense as sucktastic as that unit Steve Spagnuolo puts on the field.

Remember Spagnuolo? He was the guy the Rams gave a set of walkin’ papers to after he won all of 10 games in three years as their head coach. He was supposed to be a good defensive coordinator before that, as he’d been with the Giants when they won the Super Bowl over the Patriots that year (not last year, the first time).

But hirin’ a dude who went 2-14 to be a coordinator generally isn’t a good idea. Dudes who just went 2-14 have a stink on ’em. Bad karma, whatever you wanna call it.

And Spagnuolo is the Saints’ version of Lou Tepper. Blee DAT. He’s turrible.

It ain’t just him, though when you give up 500 yards a game in the first three games you’ll be lucky if they let you coach the fourth game.

Naw, there’s lots to pee on with this crew.

Like Aaron Cromer, who’s the interim-interim coach out there.

They say Cromer’s one of the best offensive line coaches in the league. Up until this year there wasn’t much of a reason to argue with that, because the Saints’ line was pretty decent.

It sucks like that Honey Boo Boo show this year. Craptastic. Does that come out of the fact Cromer is too busy playin’ at bein’ a bad head coach to be a good line coach? I dunno. But the Saints’ line can’t block anybody, and Breesus is gettin’ killed out there. So are the running backs.

Not to mention that Breesus ain’t Breesus anymore. He’s just a guy who gets paid $20 million a year to get sacked and throw stupid interceptions at least once a game.

One reason for that is defenses can just walk everybody up to the line, jam the receivers and come after the QB. The Saints can’t run it and Breesus doesn’t have a deep threat anymore since they let Meacham leave and didn’t replace him.

Particularly if you do that after halftime, because you can bet your sweet bippy the interim-interims on the coachin’ staff can’t manage halftime adjustments worth spit.

Sean Payton mighta been able to figure a way to get around some of this. But since Payton had that scumbag defensive coordinator who was payin’ guys to hurt people, and said scumbag is tellin’ tales to the crook commissioner about it in an effort to get the crook commissioner to let him back into coaching, Payton ain’t available. He’s spendin’ his time coachin’ Little League and firin’ up bad college teams.

And pickin’ up some strange at Atlantis. Rechargin’ his batteries, and all.

It ain’t so bad for Payton, but it’s real bad for the Saints. That team has got zero leadership on the sideline. An interim-interim coach is worthless. Maybe Joe Vitt coulda been a leader for them, but when he got suspended for the first six games of the season the idea to make him the head coach was just plain stupid.

Whoever made that call needed his head examined. And then to be ignored.

There was talk about gettin’ Bill Parcells to come in for a year and coach this team, but that didn’t fly. They shoulda found another guy like Parcells when he said no. Barry Switzer or Tony Dungy or Jeff Fisher. Hell I dunno. Anybody. Anybody but a guy who’s INELIGIBLE to coach the first six games of the season.

Tom Benson musta been too busy buyin’ that hoop team to notice the dumb mistakes goin’ on. Either that or he’s smarter than everybody – maybe Benson knew the poo was gonna hit the fan this year and he was happy to hear all of us talk up his club while he was takin’ that season ticket money, knowin’ that once Payton had to go sit in the crook commissioner’s doghouse for the year this season was a washout. And maybe Benson figured he could occupy himself with the hoop team while this club went down the tubes this year.

And then get a high draft pick next year to give Payton as a comin’ home present. Because that’s what the Saints are gonna have.

Right now, it’d be a real good idea to start asking around whether the other teams in the NFL are interested in some of these guys the Saints have. Because stackin’ up as many draft picks and freein’ up as much cap money as possible for this offseason is the smart play.

The Saints have some guys who probably have more worth as trade bait than they do on the field right now. Like Jabari Greer, or Sedric Ellis, or Will Smith. Or Roman Harper.

Especially Roman Harper. There are people around that league who have voted him into the Pro Bowl a coupla times. Let them pay for Harper to play on their teams, then.

There are other guys, too. The Saints have a good half-dozen players, or more, who ain’t worth close to what they’re gettin’ paid right now based on the coachin’ staff they’ve got – and while that probably changes when Payton comes back to lead this crew next year, the stink of goin’ 4-12 or 5-11 or whatever they’re goin’ right now probably makes a lot of them ready to go someplace else.

Mickey Loomis, who’s also suspended – who ever heard of a GM gettin’ suspended! – for the first half of the season is to blame for a lot of this. But Loomis built what the Saints had before this year, so he probably ought to get a chance to fix it.

Here’s what’s interesting, though. The Saints wanted the NFL to give them an extra week before Loomis’ suspension was gonna start – they wanted it to kick in after the first game and last through the 9th game. Naturally, the crook commissioner told the Saints to suck it – that’s what the crook commissioner tells the Saints about everything right now – and in doin’ so did the Saints a favor. Because the trade deadline kicks in on the Tuesday after the 8th game. That means Loomis gets his job back on Sunday after Game 8 and he’ll have two days to deal players before then.

Of course, the interim GM could prolly deal ’em in advance of that. If the Saints trust the interim guy not to screw it up, that is. And maybe they can, since he’s an interim guy instead of an interim-interim.

But y’know what all of this comes down to? A mess, that’s what.

It’s a burnin’ hot smelly mess that nobody wants to even look at. It’s a dumpster fire. If you want, you can blame it on the crook commissioner, but the fact is there are all kinds of people at fault here.

And we’re stuck watchin’ crap football on Sundays from here on out, with half a wish to see complete suckage since that means a shot at the first pick in the draft.

Sure is a good thing LSU didn’t give that game away at Auburn on Saturday, huh? It’d be real depressing around here with no decent football teams to root for.

Interested in more national news? We've got you covered! See More National News
Previous Article GOT POPCORN? State Department And CNN At Each Other’s Throats Over Chris Stevens Diary Indicating Lack Of Benghazi Security Was Clinton’s Fault
Next Article At 0-3, The Saints Are Out Of Excuses