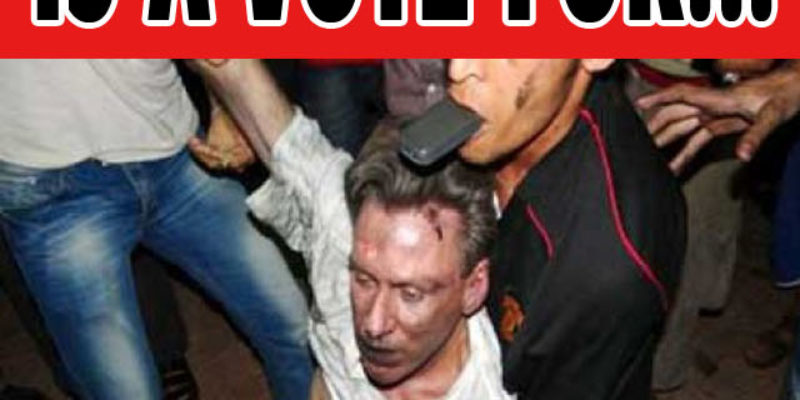 ORIGINAL: …you’ll want to find it when they re-run it sometime this weekend.

The basic elements of this disaster are threefold…

1. The idiot top brass at the State Department, perhaps on orders from even more egregious idiot top brass in the White House, opted to draw down security in Libya despite constant screaming from our diplomatic mission there that there was a major security problem in that country. Our consulate in Benghazi was a spread rented from a guy; we had done some work there to make it somewhat defensible, but basically we’re talking locked doors and concertina wire on top the walls.

Why did they do that? This we don’t really know, but the official line seems to be that we thought we would do better by acting as though there was no threat on the ground there – that to do so would present the appearance of calm and ultimately the reality of calm. In other words, our security posture was based on the delusions of our politicians – who thought they’d use our diplomats as guinea pigs to test our their theory that American militarism and power projection are the primary movers of Muslim hostility.

2. On the very day he was killed, Chris Stevens sent a diplomatic cable up the line at the State Department that somebody was going to get killed if the security posture was not great improved. After all, Stevens noted, no other Western country was still maintaining a consulate in Benghazi. The Brits had pulled out after the jihadists attempted to assassinate their ambassador a couple of months earlier, and we were the last man standing. With what we knew was paper-thin security.

3. And then after the inevitable happened, and the barbarians stormed our gates, it was a mad scramble for the hills. That YouTube video was cooked up as a handy dodge and trotted out as the reason why the assault on the consulate happened – and since there were other attacks ongoing against our diplomats elsewhere in the Muslim world, somebody in the administration figured it would serve as an explanation. And it took two full weeks for the YouTube ruse to melt away and the public to smell the stench of a cover-up.

But once it did, and once we began to smell this thing, the lies began tumbling out of the closet like so many skeletons. And because there is no real defense to what this clown-show of a White House did in Benghazi, their only idea at this point is to attempt to obfuscate, lie and change the subject until November 7 – because re-election is the only thing that matters.

Which means it’s up to you. Either make sure there’s a new president, or else this will happen again. And there will be no accounting for what happened in Benghazi.

It comes down to this…

Interested in more national news? We've got you covered! See More National News
Previous Article We Had A Drone Flying Over The Consulate In Benghazi, And Did Nothing While They Killed Our Ambassador
Next Article SADOW: Kennedy’s Comments Are Fueling His Reputation As An Opportunist