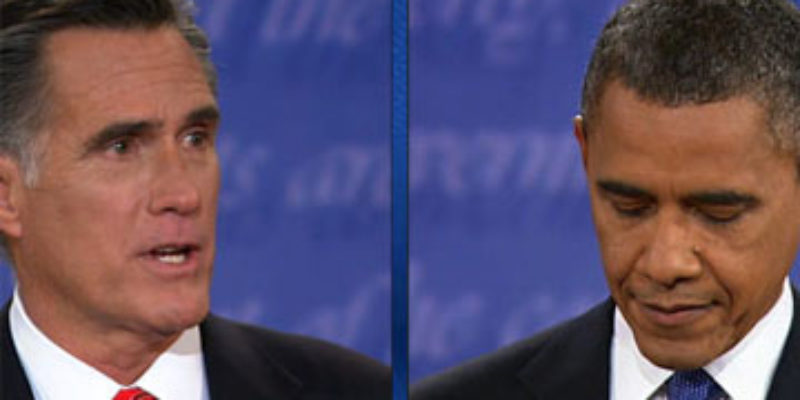 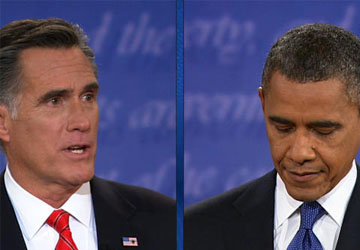 My expectation for tonight is that Obama will again underperform expectations. More Americans expect the old, fraudulent image of “everything to everyone” Superman Obama to show up. But put me down for the small portion of bettors who think the president will make the mistake of overcorrecting, coming across as petulant, personal, and small-minded where he wants to seem tough. A townhall debate is not the format to go gunning after Romney on his business career – you want to seem empathetic, hopeful, inspiring in a townhall, not crassly political and aggressive. Al Gore learned this lesson the hard way (Dingell-Norwood!).

The real concern for Obama ought to be showing the American people that he has a policy vision for his second term that really will turn things around.

There is something else, though, and it’s something that will be very interesting tonight.

The main reason Obama lost the debate isn’t that his campaign had constructed a straw figure of Mitt Romney – the out-of-touch plutocrat, the tax cheat, the uncaring rapacious outsourcer who kills employees with cancer – which was easily dismantled once Romney had a chance to face his accuser. That certainly was a factor, don’t get me wrong. And without a doubt Romney’s ability to dismantle the straw man of his tax policy – which was related to the false figure of Romney they’d created – was devastating to Obama. But that wasn’t it, either.

The worst thing for Obama in the first debate wasn’t actually about policy, or even politics. It was the personal defeat. We talked about it in terms of Romney coming off as an in-control Alpha Male and Obama coming off as…something else.

But we didn’t note the main reason we got that impression. And this was it…

If he can’t do that, the speeches and the policy and the attacks – none of that will matter. What people will remember is that Romney can look Obama in the eye and Obama can’t return the favor.