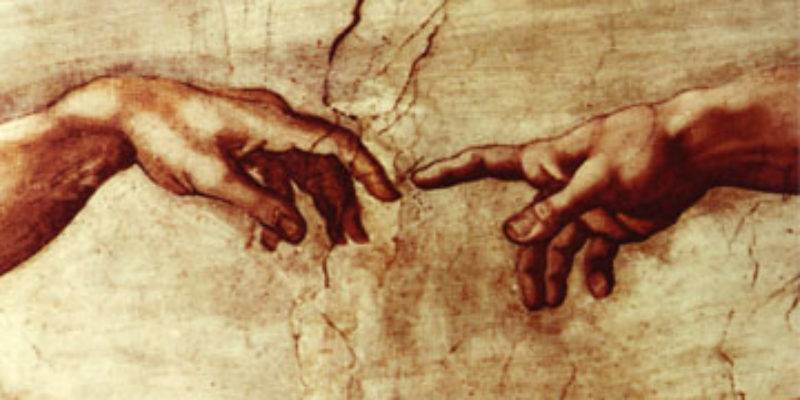 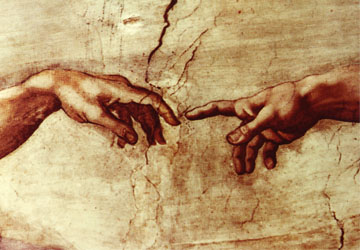 Recently a group of my friends passed around a discussion through e-mail. The discussion developed a life of its own and expressed many major talking points. It showed solidarity. It assured the choir was on-key. Everybody was in accord and there was no controversy.

So being the sapper of all things discussed and expanded upon; here comes the controversy.

This discussion showed understanding and the need to renew what one participant said: “There is truly only one solution-RESTORE GOD TO HEADSHIP OF THIS COUNTRY!!! UNTIL GOD AND HIS WORD IS ONCE AGAIN PLACED AS THE STANDARD IN OUR HOMES, SCHOOL AND GOVERNMENT; THEN NO MATTER WHAT MAN DOES OR TRIES TO DO IT WILL FAIL!!!” (emphasis quoted) To this statement I agree except for one thing.

God need not be restored to “headship of this country!!!” He’s always been at the head of government and always will be. It’s man who must recognize and accept God’s dominion and stop acting like he’s got a lock on what God commands, demands and then expands upon for us to get by while living with man’s fellows.

Throughout man’s history there’ve been prophets, disciples, adherents and proselytisms muddying the narrative of great works of faith. It’s always been Man’s arrogant interpretation of scriptural, sacred writings makes for controversy and dissent among brothers. It’s the conceit of individuals, assuming they alone know God’s mind at all given moments. Men bond; then they band together for the advancement of their complementary theories. Ultimately, from the greed, avarice and self-serving nature of their petty little intellects they command and demand only their presumptions, assumptions, and proselytisms may be accepted for adherence. Otherwise there’ll be grave consequences.

Men seek ascendancy to a level of godhood to approach God as an equal; if not as equals, then as favored supplicants. The first example of this is alleged in the Old Testament in the story of the Tower of Babel. Men have always felt they should stand before God with head bowed and sword at the ready when they should be prostrate and vulnerable before God and his direction. Men of “faith” have always stolen glory and position for themselves with the delivery of “god’s holy word”.

Mohammed allegedly approached the Hebrews in the late 6th and early 7th century with his “visions” of what the angel Gabriel gave him as the word of God. He was rebuffed by the Jews and developed a hatred of them. Now, because of the literal adherence to what’s alleged to be “God’s word” we have nutcases running around killing anybody doesn’t see it their way. But, literalism infects Christianity as well. People dance with and kiss snakes, then drink acids because of their literal adherence to one series of scriptural sentences claiming God will protect the righteous.

The Gospels were written by disciples of Christ but then not transcribed by men until after he’d been dead (then risen) for approximately 400 years. From the times of The First Council of Nicaea convened by the Roman Emperor Constantine I in AD 325, men have tried attaining consensus  through assemblies representing all of Christendom. They sought this through inspection and debate. Then they abrogated texts they didn’t like or wanted to be accepted as the Gospel of Christ.

God didn’t make the selection of what we know as the “truth of God’s will”; men did. And men are fallible and petty and self-serving and most often wrong when it comes to interpreting things. Edison said: “I have not failed. I’ve just found 10,000 ways that won’t work.”  Unfortunately, man has developed 10,000 ways that don’t work and accepted his as being the only one does.

But Christ was a Jew and adhered to the teachings of the Hebrew scriptures: the Torah (teaching), the Nevi’im (prophets) and the Ketuvim (writings). The King James Bible is an adaptation, a specific recipe for salvation decided upon by men, for men and blended together to assure man’s movement toward God’s will. The Goal was to develop a bible for the “Christian” world and specifically the Church of England.

I agree in spirit we must “RESTORE GOD TO HEADSHIP (?) OF THIS COUNTRY!!!” But the manner in which we do it is up to the individual, not the challenger based on his prejudice developed from unilaterally conceived notions given him by predecessors telling him he MUST see it his way. Even atheists must recognize the study of morals and ethics stems from some format of religious dogma and polity developed over the history of mankind.

God gave us TEN (10) simple commandments. From those commandments men have developed millions of contradictory laws serving his purposes only. He calls it Justice.  But justice in its most distilled form is when we stand before our creator and are judged on what we’ve done to our brothers in the shadow of those commandments. No Muslim, no Christian, no Catholic (as opposed to Protestant), Hindu or others, can prove otherwise.

Impiety, dogmatic unilateralism and literalism to one chosen thought process is not acceptable because we may divert from the First Commandment in our interpretations.

Take your scripture and throw out all things in violation of those commandments. When you adhere to: thou shalt not kill-you end hostilities and war. When you cease to covet thy neighbor’s wife and goods and servants and beasts-you end covetousness, theft and war for dominion and acquisition of others goods. When you understand: “I am the lord thy God and thou shalt worship no others before me”: then you must recognize it’s not an invitation to address him as an equal but a command to remember your place in the overall scheme of things.

So, in finality I’d say we don’t have to place God anywhere but in our hearts and actions. That would be a real revolution of the spirit and our need for guidance form something greater than we ever aspire to be. Straighten out your own act and watch for those who’ll violate the commandments you follow.

Ultimately I’d say recognize your need to get your personal house in order before you suggest another neighborhood be razed.