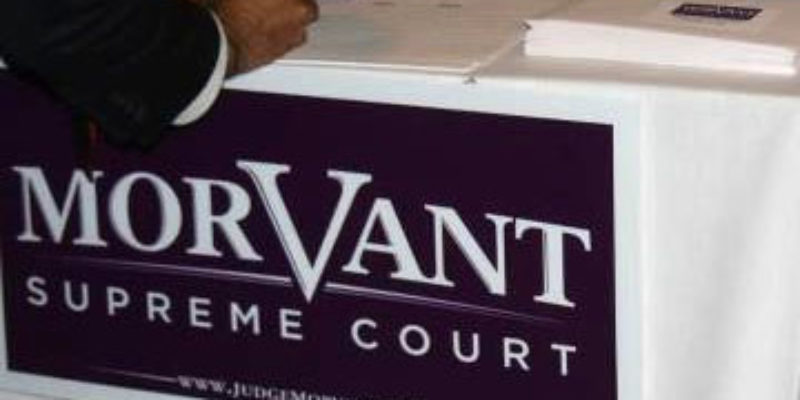 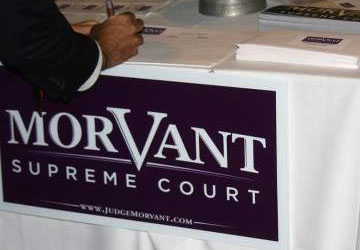 Get ready for a unpredictable Supreme Court District 5 contest to replace retiring Chief Justice Kitty Kimball where the only thing predictable about it is the winner will be a Republican.

Judicial contests in Louisiana take on peculiar characteristics. Legally, judges can’t organize their own campaigns but may have committees do so on their behalf. The public perceives that the office cannot be overly political, clinging to the idea that ideology should not affect decisions, which also affects campaigning. As a result, these tend to be low-information affairs with less issue guidance for voters, magnifying name recognition’s influence on the vote. The effect becomes particularly acute when no incumbent runs for a spot on the state’s highest court.

Thus the two most important factors in these are campaign money spent and endorsements. Reviewing these factors for the five Republicans, two Democrats and one no-party contestant in a district roughly five-eighths white, one-third black with the majority of Democrats blacks and majority of whites Republicans begins with whether a Democrat can make it to the inevitable runoff.

Party organs of Democrats have thrown their support behind Judge John Michael Guidry of the 1 st Circuit Court of Appeals. This has not translated into much fund-raising appeal as his committee has raised only about $50,000 – only half as much without own funds as the other Democrat, trial attorney Mary Olive Pierson and the only candidate running under a party label without judicial experience.

Neither has a chance of winning. As the only black Democrat in the race, almost all white moderates and conservatives simply will not vote for Guidry, and they likely comprise a majority in the district. Pierson with her own bucks actually has raised more than any candidate save one, but all any opponent has to publicize is her extensive involvement in the trials of Prisoner #03128-095 and his cohorts as well as her defense of a number of other high-profile political figures accused of various malfeasances in office, and also report some of her statements that identify her on the ideological left, and she hits a ceiling of support well below 50 percent plus one vote.

But the obvious split in leftist/Democrat support for this pair must worry beleaguered Democrat officials. A large segment of the black community will get the word and successfully turn out for Guidry, but the large amount of her own funds Pierson has committed could entice other liberal Democrats away, producing a nightmare scenario where neither makes the runoff. That’s the last thing that state Democrats need to reinforce their slide to becoming an interest group supportive of one or another faction of Republicans.

The only reason that might not happen is because of the several, well-funded Republicans going for the seat that will fragment the vote. Of them, only 19th District Judge Tim Kelley, at about a fifth of this total, and 1st Circuit Court of Appeals Judge Toni Higginbotham, at a little over half of it, have not raised all told over $200,000, although both have garnered the endorsement of local Republicans. She defeated him for her spot last election. While yet two others from the 1st Circuit, Judges Jeff Hughes and Duke Welch, also have raised money into this category, 19th District Judge Bill Morvant has compiled the most impressive numbers in both metrics. Subtracting out personal funds injected (none in his case), he has raised the most money and picked up the biggest statewide endorsements.

Money gathered not from own sources acts as an important clue in these races. Donors, whether individuals or entities representing individuals, where they give to just a single candidate not only are sure votes for that one but also serve as campaigners for the recipient, especially important allies in a low-information contest largely devoid of ideological cues. Endorsements, which in a race for a place on a statewide body usually have little impact, in this kind of race do matter and act the same multiplying way.

Thus, Morvant has the most potential to take the Republican slot in the likely GOP-Democrat runoff. However, in the only known poll released of the contest in late September by the Pierson campaign put him tied for last among the partisan candidates at 5 percent. But with the leading Republican Higginbotham at just 14 percent, his resources make him a favorite along with Higginbotham. Even though the poll might have been suspect in partisanship for obvious reasons, as far as the relative strength of the Republicans to their own kind it probably was pretty close to accurate.

Most of the undecided vote reflected in that poll are waiting for cues courtesy of endorsements or campaign communications and will go the way of the Republican candidates, while the numbers given for the GOP candidates reflect mainly base voters unlikely not to vote for their choice. This makes a Morvant or Higginbotham vs. Pierson or Guidry outcome the most likely. The most likely to upset this balance would be Welch, who also got 5 percent in the poll but also has the backing of a number of trial lawyersand only recently switched from being a Democrat. He possibly could ace out either side of the equation (most likely denying Pierson, who got 18 percent in her poll, between the Democrats).

But with no candidate likely to get even a quarter of the vote, and more than one a fifth or better, this race is wide open.

Interested in more news from Louisiana? We've got you covered! See More Louisiana News
Previous Article More Back-And-Forth In The Landry-Boustany Fight
Next Article The Cranks At Louisiana Voice Go Off The Deep End In Attacking Scott Angelle