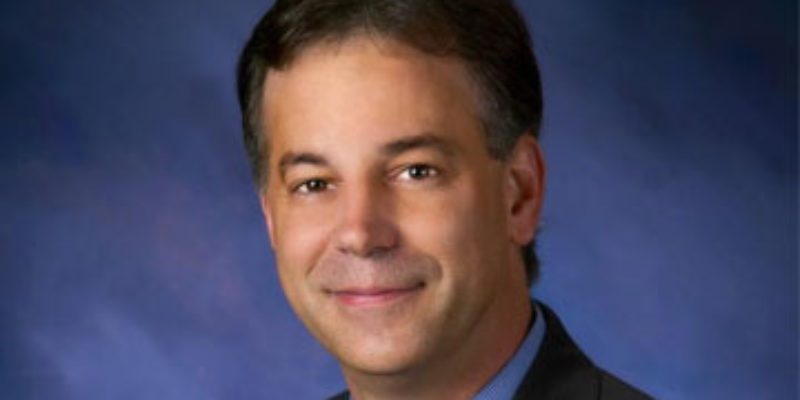 Amid a somewhat-valid criticism of former Department of Natural Resources Secretary and current PSC candidate Scott Angelle on the Assumption Parish sinkhole, Louisiana Voice’s Tom Aswell veers into a ditch in attacking a TV ad Angelle is running in his current campaign.

First, the ad – for those of our readers who haven’t been deluged by it lately…

And now Aswell’s “critique” of the ad, if you can call it that…

If you watch the ad carefully, you are treated to a fiery Angelle speech about the federal offshore drilling moratorium. It’s bad enough that he sounds like the stereotypical southern politician as depicted in so many uncomplimentary old movies (the only things missing are the bourbon, the string bow tie, the seersucker suit and the spats), but the speech never happened.

Oh, he made the speech, all right. Or enough of a speech to produce the sound bite for the ad. It’s just that it appears there might have been some sleight of hand involved. The audience and Angelle, it appears, were never in the same place at the same time. The video was simply edited in such a way to appear that he was addressing a packed auditorium and that he had whipped the sympathetic crowd into a frenzied state.

Style over substance. Clever. It certainly makes Angelle look like a champion of the people, a true demagogue.

It’s easy to do when it’s all staged.

Staged – like Neil Armstrong’s moonwalk they staged on a movie set in Burbank?

This is moonbattery on an industrial scale. There were 11,000 people in the Cajundome that day in July 2010 to protest the Obamoratorium, and all 11,000 went bananas in response to a great speech Angelle gave.

We know, because we were there. And we can say – without a great deal of courage here, because it’s not really going out on a limb to state the absolutely obvious – that the reception Angelle got to his speech was exactly as it was presented in his TV ad.

It’s what put him on the map as a potential future player in Louisiana’s political scene. Angelle had a short period in 2010 as an appointed Lieutenant Governor between the time Mitch Landrieu was elected mayor of New Orleans and Jay Dardenne was elected in the special election in November, but he was still regarded as something of a lightweight until that speech.

After that speech, he wasn’t. We should all be on the same page there.

And it’s too bad Aswell threw that dopey stuff about TV editing and Angelle’s speech in there, because – at least from a lefty perspective – there are points to be made about how industries the PSC regulates are giving money to Angelle’s campaign, and – at least from a lefty perspective – Angelle’s role in the regulatory management of the salt brine cavern which ultimately failed and gave birth to the Bayou Corne sinkhole deserves some scrutiny.

That’s not to say Angelle is at fault for that sinkhole’s development; these things can happen even despite everyone doing things correctly and other than the fact he once issued a permit for Texas Brine to explore their property to determine if it could be mined there is no evidence he did anything to cause or even allow the sinkhole as yet. But if you’re running against Angelle, you might as well use it against him to force him to explain/defend his role there. After all, if you’re explaining, you’re losing. It’s interesting that his opponents haven’t really launched into the subject so far; Aswell’s attack merely seems a prelude.

And certainly it’s worth paying attention to the people donating money to Angelle’s campaign – because voters should know those kinds of things. But if it’s a terrible thing for industries being regulated by the PSC giving money to Angelle’s campaign, and it’s entirely possible that could set up a conflict of interest, how come nobody seems to complain when Foster Campbell takes campaign donations from people like AT&T, American Electric Power and CenterPoint Energy, among others? Because Campbell bashes the utilities it’s OK for them to pay him protection money but not OK for somebody who promises to be more friendly to them, like Angelle, to get a check from the exact same folks?

Or is it just not OK for somebody on the PSC not to bash the utilities?

That’s at least an arguable question. And at this point it’s arguable whether Angelle or the other major candidate in the race, State Rep. Eric Ponti, is the better choice for the seat being vacated by the retiring Jimmy Field; we haven’t really weighed in on that question because we can live with either one and so far neither have done anything objectionable in their campaigns.

What isn’t arguable is that Angelle gave a great speech on Obama’s lousy drilling moratorium in 2010, he got a terrific reception from the crowd and that speech made him as a statewide political player. That actually happened; everybody knows it.

Everybody, it seems, but Aswell. Maybe he was scrubbing pelicans with dish soap that day and missed it. Or maybe he thinks his readers are kooks with tinfoil hats. Who knows?