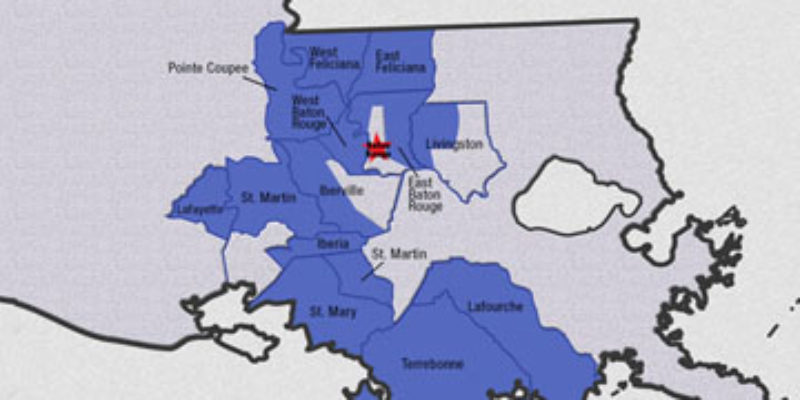 Candidates for the open District 2 seat of the Louisiana Public Service Commission participated in a forum where interesting questions arose about the operation of and service on the PSC, also shedding light on a court case dealing with financing the body, all of which help the public evaluate the PSC and its current or potential members.

One question concerned whether candidates for the office should accept contributions for campaigning from utility companies, one of the kinds of firms whose activities may be regulated by the PSC. The fronturnners called this acceptable and said they had already taken such funds, while the also-rans, none of whom to date have filed a campaign finance report implying they have raised little money, said candidates should abjure from taking them.

But the problem with the latter approach is it unfairly restricts the free speech rights of shareholders of those companies, while their special interest opponents would face no barrier. And why single out utility companies when others, like motor carriers, regulated by the PSC would face no ban? If a candidate out of personal preference declines such funds, that’s his business, but mandating that stricture puts the state in the position of tipping the scales against a certain industry, as it already does in similar restrictions against gaming concerns.

Another question solicited views on what to do with excess funds the PSC may have collected that otherwise may sit idly by. The body does not have its own revenue-raising capacity but instead must accept legislative appropriation, with the bulk of that coming from the Utility and Carrier Inspection and Supervision Fund, along with two other much smaller dedicated funding sources. What frequently occurs is the amounts collected every year surpass the appropriated amounts, therefore causing fund balances to build up. For example, at the end of the 2011 fiscal year, this fund had collected a surplus of $543,000, giving it an idle balance of $2,543,000, of which $2,000,000 was moved out for other purposes.

The PSC doesn’t like the idea of legislators tapping into this dedicated fund to operate other parts of government, which for the upcoming fiscal year the Legislature assumed would run $765,050 over and thus liberated that for other government expenses, and over previous years’ grabbing of what is termed this “one-time money” sued, so far unsuccessfully, the Legislature. These transfers out now exceed over $10 million in the past four years, demonstrating that the funds take in way more money than the Legislature thinks the PSC needs to do its job.

When asked about the use of these funds, candidate answers varied. One view, shared by two, was to return the money to ratepayers, as is done in other states. Another approved of the general idea that any excess funds ought to be kept on hand for statewide use, questioning whether the PSC retained sufficient accountability to oversee them for its own use. Still another split hairs, saying the funds that collect fines should have excess go into the general fund but fees should stay with the PSC, with the logic apparently being the somewhat predictable stream of fee funds stay under PSC control but the fine amounts collected, which could vary considerably by enforcement tactics, presented a temptation to turn enforcement into a revenue-raising plan that would be abated by not allowing the excess to be retained.

The only questionable argument made on this account came from Forrest Wright, who bizarrely declared that taking something originally collected as a fee-for-service magically transformed into a tax once swept from one account to another. He seemed oblivious to the absurdity behind the claim: an idle dollar justifies higher-than-needed fees, but to use it turns it into a tax? A “tax” is something collected that bears no relationship to a service provided in exchange, but clearly here there is an exchange (even as it could be claimed that, for excess funds, there is no relationship of their collection to the service). Indeed, this reasoning argues that the PSC should spend every penny, whether justified, in order to make legitimate higher-than-needed fees. This is backwards: if excesses get run, either the fees need lowering or rebates should get offered, if the excess is not to be swept to other needed uses elsewhere in state government.

The PSC receives probably the least attention of all elected state offices. It’s good that issues such as these are getting aired in this camapign, and the discourse would become really valuable if things such as deregulation of electric power become subjects of this debate.