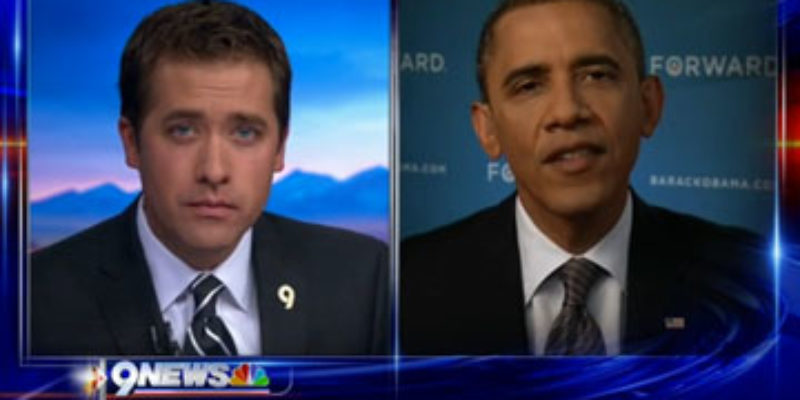 To say this didn’t go well is an understatement. He fails to answer the first question, and then it’s repeated – and he fails to answer it a second time. Obama says  “the election has nothing to do with four brave Americans getting killed and us wanting to find out exactly what happened. These are folks who served under me who I had sent to some very dangerous places. Nobody wants to find out more what happened than I do.” He says this six weeks after the fact when he had all the information on Day One.

Spews absolute pablum. It’s clear the reporter – Kyle Clark – isn’t impressed. He moves on to Abound Solar, which is another one of Obama’s Solyndras which has gone bankrupt amid a criminal investigation. Not much of an answer there.

So his next question is about Obama’s telling that Rolling Stone interviewer that Romney was a “bullshitter.” And he actually uses the word “bullshitter” while talking to Obama. And Obama gives a complete non-answer to that, since the question was about the tone of the campaign and does that contribute positively to it.

He doesn’t look like he’s having much fun in the interview.