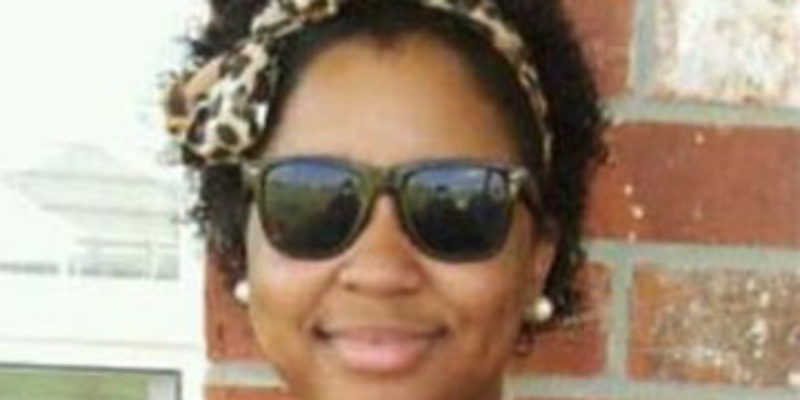 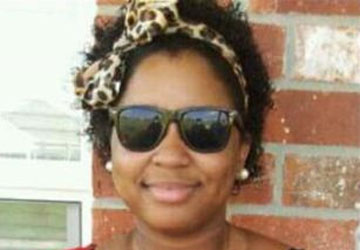 We didn’t get into this yesterday because it sounded fishy at the time, and as such we decided to hold off and see what developed before talking about it.

Wise decision, as it turns out.

Two days after multiple law enforcement agencies began an investigation into the attack and burning of a Winnsboro woman at Civitan Park, authorities now believe the wounds were self-inflicted.

According to Winnsboro Police Chief Lester Thomas, evidenced gathered at the scene of the incident shows 20-year-old Sharmeka Moffitt’s initial claims that she was attacked and set on fire turned out to be false claims made up by Moffitt.

“This is a case in which the investigators had to pursue the facts that were presented,” Thomas said. “It’s been a very disturbing case for everyone involved.”

The allegation made by Sharmeka Moffitt was that she’d been attacked by three apparent Ku Klux Klan members, who raped her and burned her with lighter fluid while writing “KKK” on her car, because she had an Obama t-shirt on, at Civitan Park in Winnsboro on Sunday. She’d called 911 around 8 p.m. on Sunday and the Winnsboro police and Franklin Parish sheriff’s deputies were on the scene shortly afterward. Moffitt went to the hospital in Winnsboro and then ended up at LSU Medical Center in Shreveport with burns over 60 percent of her body, including third-degree burns on her arms and legs.

Except that there were some pretty substantial holes in the story. And when the law enforcement folks began to investigate, it didn’t take long to come to a drastically different conclusion from the one yesterday’s social media world was putting out…

After analyzing the evidence at the State Police Crime Lab, it was discovered Moffitt’s fingerprints were on the cigarette lighter and the lighter fluid recovered near the wooded area around the crime scene.

“There is more physical evidence along those lines that back this up,” Thomas said.

Moffitt’s mother and Thomas confirmed Monday that the Obama T-shirt rumor was false and there was no evidence of sexual assault.

A racial slur and the letters, KKK, that were written in toothpaste on Moffitt’s vehicle were linked to female DNA, authorities said.

“All of the evidence is pointing back to the victim inflicting this upon herself,” Thomas said. “No evidence has shown any other person was involved.”

“This case is solved,” Thomas added.

But now there’s a bit of damage control – which seems rather conspicuous, even though the sentiment behind it is admirable (and we share it; Ms. Moffitt is obviously deeply disturbed and we hope she gets the help she needs)…

Thomas said that no matter the outcome of these types of tragic events, it’s always a heavy burden on law enforcement and the victim’s family.

“My heart truly goes out to the Moffitt family, who are more than just members of our community, they are my friends,” Thomas said. “I hope we can come together as a community and pray for their wellbeing and a quick recovery of Sharmeka.”

Candlelight vigils for Moffitt were held Monday night around Winnsboro before the facts of the case were revealed.

Franklin Parish Sheriff Kevin Cobb said the unity shown by the community on the heels of the incident was inspiring.

“I want to thank the community, who under these stressful times they allowed law enforcement to do their job to seek information, collect evidence and follow the facts,” Cobb said. “Although I think what she did was wrong and had major consequences not only for her, but throughout our community and our country. There’s something wrong here, and we need to help individuals like this. In the same way our community came to support her as a victim, I still hope the community will support her emotional and physical recovery.”

In a statement released by the NAACP Tuesday, NAACP President and CEO Benjamin Todd Jealous said, “The NAACP offers our prayers to Ms. Moffitt and her family in their time of crisis. Initial reports of racial animus in the incident are disturbing. We will remain vigilant as we urge authorities to conduct a full investigation into this crime. We encourage anyone with information on the incident to immediately report possible leads to authorities.”

“We are shocked by the malicious actions of those involved and express best wishes to Sharmeka Moffitt and her family,” stated NAACP Louisiana State Conference President Dr. Ernest L. Johnson, Sr. “We urge authorities to conduct a full and thorough investigation into the nature of this brutal crime, and to determine whether it was a hate crime. The Louisiana NAACP State Conference will exhaust all remedies available to see that justice is done and that the criminals are prosecuted to the fullest extent of the law.

Pretty typical stuff, though Jealous and Johnson look like the classic race-hustling opportunist Al Sharpton caricature everybody is so tired of now that it turns out they hitched their wagon to a deceased equine. The NAACP at least pulled their press release; will somebody else play huckleberry and claim that this is a cover-up that proves the cops are racist?

If Sharpton shows up in Shreveport this week, we’ll have our answer.

UPDATE: Add Mary Landrieu to the list of folks who look foolish for spouting off the usual social justice/lefty harangue before all the facts came in. This was her statement yesterday morning before word hit that Moffitt’s “attack” was a stunt for attention…

“The appalling attack of a Winnsboro woman in a local park last weekend is completely unacceptable in a civilized society,” Landrieu said. “My thoughts and prayers are with Ms. Moffitt and her family as she fights for her recovery.

“I am grateful that the Mayor has called for community unity in the face of this terrible act of violence, as well as a full investigation to determine whether the attack could be considered a hate crime. This was a heartless crime committed by cowardly people, and I believe its perpetrators should be swiftly and surely brought to justice.”