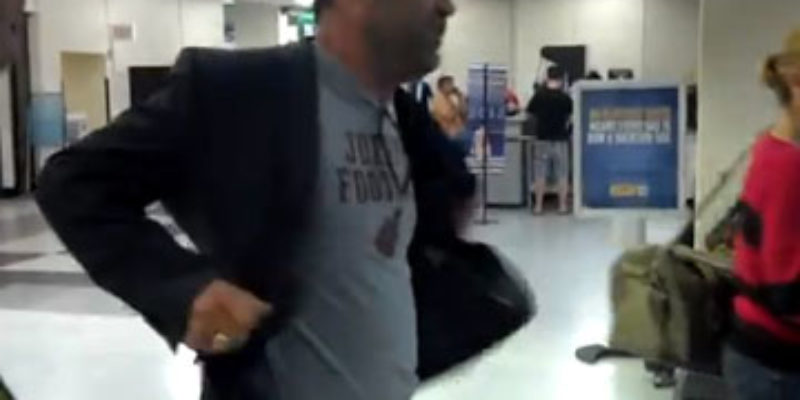 You see lots of things at Louis Armstrong International Airport in New Orleans, but pugilism isn’t often one – which is, natch, why this gets posted here.

The setup: apparently a Texas A&M fan – he’s wearing a “Johnny Football” t-shirt – spilled some of his trail mix while waitin’ at the departure gate for his flight. And then when he got asked to clean it up he flipped off the gate agent. That prompted what you could call a negative reaction from others at the gate, including the gentleman of African-American persuasion who ultimately got physical with him.

But what we got a kick out of was Johnny Football’s fightin’ style. Is that the Eagle Claw, the Praying Mantis or the Spastic Giraffe?

That, and the cameraman clownin’ on Paul Blart The Airport Mall Cop who shows up after all the good stuff happened.

At least we know the concessionaires did well. One of those Bloody Marys at MSY will run you a solid ten-spot – and Johnny Football was clearly into ’em.