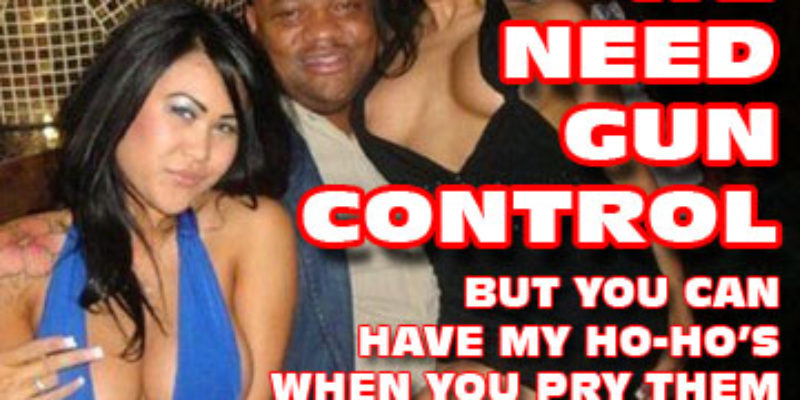 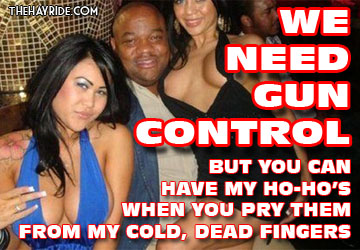 It turns out that the Kansas City Chiefs linebacker who killed his girlfriend and then himself – and whose actions, because he used a gun to accomplish them, set off a pair of lefties in the sports media to assault the 2nd Amendment rights of 300 million Americans – was a fairly reprehensible individual…

He was playing the field.

Kansas City Chiefs linebacker Jovan Belcher had a boozy dinner with another woman and spent the night at her apartment before he went home, fought with and killed his girlfriend, and then ended his own life in a practice-facility parking lot, sources said yesterday.

After dinner and drinks Friday night at a local tavern, the former Long Island high-school star took the woman, Brittni Glass, to her home, but spent the next several hours asleep in his Bentley outside her building, neighbors said.

After cops roused him from his drunken slumber at about 2:30 a.m., Belcher went inside Glass’ building and re-emerged about four hours later.

“I was with him that night, that’s it,” a reluctant Glass told The Post yesterday.

Belcher drove away at about 6:45 a.m., making the 10-minute ride to the home he shared with Kasandra Perkins, the mother of his 3-month-old daughter.

Cops said Belcher quarreled with Perkins and shot her nine times as his own mom watched in horror. Perkins’ body was found on a bathroom floor.

Meanwhile, a new report said Belcher had been violent in a past relationship.

In 2006, while a grid star at the University of Maine, he punched his fist through a window because he was “upset with a girl,’’ said a police report obtained by USA Today.

And then there was the kid Belcher bullied in high school – along with the kid’s family.

The question wasn’t whether Belcher should have had a gun. He would have gotten his hands on one whether guns were legal or not.

But why do we have the 2nd Amendment? Here’s a story Jason Whitlock, the corpulent troglodyte columnist for the Kansas City Star who started the latest round of media gun-grabbing with an inane piece Sunday about the Belcher case and who doubled down on stupid by then equating the National Rifle Association with the KKK yesterday, probably wasn’t aware of…

An elderly Doyline couple fought off potential home invaders around 1:30 Sunday morning. Webster Sheriff’s Office says Brandon Hudson and Jecaras Taylor attempted to break into an elderly couple’s home, thinking they had evacuated. When the couple revealed themselves, police say the two men continued their attempt. Taylor was shot in the neck by one of the homeowners. He is in critical condition at LSU Medical Center. Hudson is in custody at the BDCC Correctional Facility.

Doyline, of course, is the northwest Louisiana town where the state police had evacuated residents after finding six million pounds of illegally stored explosives near a National Guard ammo dump. The criminals in question figured the evacuation would make for an easy score, but happened upon some residents who chose not to evacuate.

Someone usually ends up getting hurt in such circumstances. And who that someone is usually depends on whether the homeowner has a firearm.

Whitlock wouldn’t know or care anything about the Doyline case. Just like he didn’t know or care much about the Belcher case when he ran off at the mouth about it – because if he knew what he was talking about he would have spent a lot more emphasis recognizing that Belcher’s actions were pretty reminiscent of O.J. Simpson, who used a knife, rather than a gun, to kill the mother of his children.

But you can’t self-promote as a sport columnist by talking about how some professional football players are violent brutes off the field and how they might be dangerous to the rest of us. The fans who bother to read your stuff aren’t interested in that; we accept that pro football is a game for people with a capacity for violence. And a sports columnist who trashes the sport he writes about won’t have much of a future with his readership.

Whitlock knows that. So instead, he decides to blame the actions of a violent, serial abuser of women on a “gun culture” there is little evidence to date he was even a member of. Because that will get him publicity and he can promote himself in that way.

His column got him the CNN appearance in which he then could further attack the “gun culture” – and rather than engage in an honest discussion about how the irresponsibility of many young black men with respect to guns has put that community in peril, he blamed the whole thing on the NRA and intimated that the suburban whites who make up the majority of its membership are behind black violence…

WHITLOCK: Sports gets so much attention, and people tune out the real world, that I try to take advantage of the opportunity to talk about the real world when sports lends itself to that and try to open people’s eyes. You know, I did not go as far as I’d like to go because my thoughts on the NRA and America’s gun culture – I believe the NRA is the new KKK. And that the arming of so many black youths, uh, and loading up our community with drugs, and then just having an open shooting gallery, is the work of people who obviously don’t have our best interests [at heart].

I think it’s obvious if you’ve traveled abroad, and traveled to countries where they have legitimate gun laws, that we don’t have to have what we have in America, where people somehow think a gun enhances their liberty, and that people somehow think a gun makes them safer. It just doesn’t. A gun turns some kids listening to music into a murder scene. And uh, you know, if you don’t have a gun, you drive home. You know, kids listening to some loud music, you don’t like it, you go home and complain to your wife. But when you have a gun, you open fire, potentially, and take the life of a child.

Which is an example of Whitlock blaming problems in the black community on people who are not black.

You might call that an example of racism if you were so inclined.

And you could support such a charge by using Whitlock’s history as a guide to how he operates. Our readers might remember that Whitlock had to apologize for his racist shot at Jeremy Lin last year…

Jason Whitlock’s inner struggling comedian made a desperate play for attention, and it resulted in Whitlock falling flat on his face.

As Jeremy Lin shredded the the Los Angeles Lakers for 38 points, Whitlock typed this tweet.

After the reaction to his grossly inappropriate and cliched shot at the physical endowment of Asians turned out not to be what he’d hoped for, Whitlock offered this up…

I then gave in to another part of my personality—my immature, sophomoric, comedic nature. It’s been with me since birth, a gift from my mother and honed as a child listening to my godmother’s Richard Pryor albums. I still want to be a standup comedian.

The couple-inches-of-pain tweet overshadowed my sincere celebration of Lin’s performance and the irony that the stereotype applies to pot-bellied, overweight male sports writers, too. As the Asian American Journalist Association pointed out, I debased a feel-good sports moment. For that, I’m truly sorry.

Whitlock debases more than feel-good sports moments. He debases his profession. As a matter of professional hygeine it would be a good idea for Fox Sports and the Kansas City Star to shed this rotund retard and give someone else a chance.