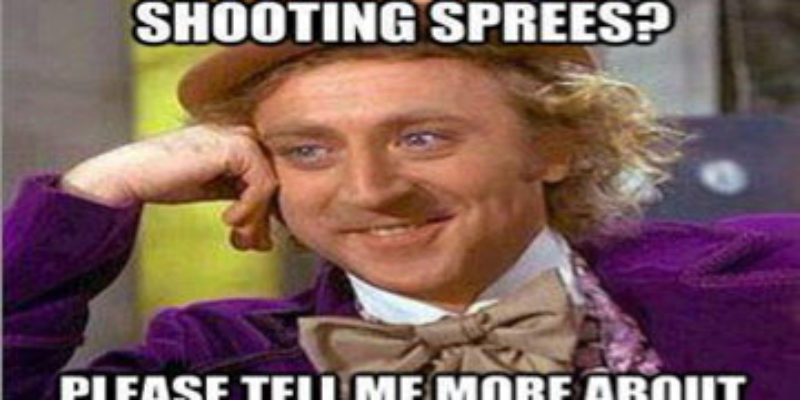 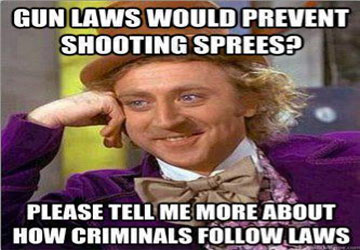 A tragic mass shooting in a public school need not act as the only trigger to reevaluate security measures in Louisiana. But we must recognize that, until gun control restrictions are relaxed in Louisiana, these measures do little to prevent these kinds of tragedies.

School districts around the Baton Rouge area report increased vigilance and are taking another look at their school security policies in the wake of the recent incident in Connecticut where a mentally ill individual, after killing his mother, shot up a school. The semi-automatic weapon used is available in most states for carry as a concealed weapon for qualified users, where no state allows permitting of concealed carry by somebody with a history of mental illness.

The districts report increased visitation of security officers at schools and a review of emergency review plans. There is talk about increasing officer presence. Unfortunately, while these measures are better than nothing to reduce the possibility of a horrific event occurring, they are next to nothing in effectively dealing with the situation.

It’s helpful to review the facts about those involved in these kinds of shootings, where one or more individuals decide to target randomly individuals. (Much of the following material is drawn from David Kopel’s Dec. 17, 2012 piece in the Wall Street Journal. Regular readers know typically in this space that hyperlinks abound to demonstrate source material. Yet this citation should not just be read out of curiosity; if anybody wishes to be able to speak intelligently and factually about the gun control debate, they cannot unless they understand the material in this piece – as opposed to this effort.). They are: there is association between deinstitutionalization of the mentally ill and the number of these acts, while none exists between strength of gun control laws and the number; that the mentally ill get access to these weapons despite strict gun control regimes such as Connecticut’s, that with impunity they ignore laws prohibiting concealed weapons in certain areas, and that the perpetrators typically are dissuaded instantly by any show of countervailing force.

So, the correct policy would be in vulnerable areas where many gather to create conditions that maximize the ability to dissuade those with evil intent and to apply counterforce quickly. Which is exactly what Louisiana law regarding schools and colleges does not do.

State law prohibits all but public safety officials (on or off duty) from having concealed weapons, or any kind of firearm. Further, as far as enforcement goes, these zones are nothing more than irresponsible shams in that they create a false sense of security. No Louisiana school of any kind has the necessary security measures, such as metal detectors at every entrance and sufficient armed security patrolling, to enforce these zones in an adequate manner.

In fact, adequate measures would make schools little more than prison-like. In the 2008 shooting at Baton Rouge Community College, campus police responded in less than 4 minutes – about 3.5 minutes after a woman committed suicide, after killing two of her classmates, which would have left plenty of time for a determined evildoer to shoot plenty of more people. Unless incredibly intrusive and expensive, there’s no way patrol could nip these incidents in the bud.

Yet the incredible irony is that these same laws disarm qualified individuals from providing the exact relief needed in these extremely rare but incredibly high-stakes situations, even as these do nothing to discourage those individuals with malign intent. And it’s not like there haven’t been attempts to change the situation to allow concealed carry into universities, for example. A couple of times in the past five years bills have been argued in the Legislature to grant this on campuses, but, incredibly, have been opposed by both university officials and public safety representatives, leading to their failure.

To some degree, opposition from these quarters is understandable. They wish to monopolize use of force to protect themselves in the line of duty. But this perspective to maximize police safety is incompatible with maximizing public safety.

Slowly, states are beginning to recognize this truism as they relax laws on concealed carry for college campuses – and sometimes being forced to by their courts. Louisiana does not need to be left behind on this issue, by passing legislation allowing any qualified adult to carry a concealed weapon on any school campus (except at things such as sporting events in the cases where security should be adequate). Until that happens, Louisianans’ lives are at undue risk.