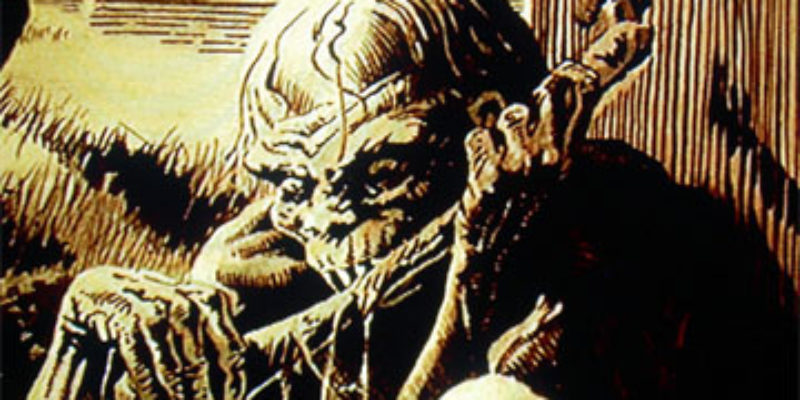 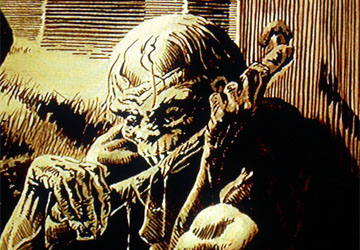 What to say about such an outrageous atrocity? Twenty kindergartners slaughtered by a deranged lunatic with stolen weapons?

It boggles the mind.

It’s only now that any attempt to make sense of the massacre, seeing as though virtually everything the media reported about Newtown was abysmally, obnoxiously wrong. As John Hinderaker notes…

Desperate to profit by satisfying the public’s thirst for information about the Sandy Hook murders, news outlets–just about all of them, as far as I can tell–rushed to publicize “facts” that turned out to be largely wrong. They reported that Ryan Lanza was a mass murderer, when in fact he is a respectable accountant who learned of the murders–and his own alleged responsibility–via CNN, while working in his office in Times Square.

They reported that the killer’s younger brother was found in the woods after the murders, and was hauled out while protesting his innocence. Adam Lanza didn’t have a younger brother, and we have heard nothing further about this second person who supposedly had something to do with the killings. They told us that Nancy Lanza was a kindergarten teacher at Sandy Hook and was murdered in her classroom, along with her students. It turned out that she had no connection to Sandy Hook and was shot at home as she lay in her bed, likely asleep. They reported, entirely falsely, that Lanza had murdered his father in New Jersey. On fact after fact, the news media turned out to be wrong. Likely more errors will emerge over time.

Almost immediately we were treated to the Procession of the Ghouls, the never-ending demands by the gun-control crowd that those of us who will not shoot up a school, a mall, a movie theater must give up our constitutional right to self-defense, in order to somehow promote public safety.

They are ghouls, and they should be branded as such. Greg Gutfeld had it right when he called Bob Costas out by that term following the latter’s Jovon Belcher gun-control outburst, and Gutfeld’s censure deserves universal use.

For a ghoul is a creature who feeds on corpses, and the gun-control crowd which tumbles out of the woodwork following a Columbine, a Virginia Tech, an Aurora, a Clackamas or a Newtown surely derives its political sustenance from those sensational mass shootings.

And their arrival to feed on the dead comes with a familiar pattern of pronouncements and carefully-calibrated questions. Why does anyone need an “assault rifle?” Why are the “gun nuts” so selfish?

The facts don’t favor the ghouls. In fact, despite the high-profile nature of Tucson, Aurora, Clackamas and Newtown, mass shootings are actually on decline. John Fund, writing at National Review over the weekend, cites statistical studies to show the decline…

Mass shootings are no more common than they have been in past decades, despite the impression given by the media.

In fact, the high point for mass killings in the U.S. was 1929, according to criminologist Grant Duwe of the Minnesota Department of Corrections.

Incidents of mass murder in the U.S. declined from 42 in the 1990s to 26 in the first decade of this century.

Gun-free zones have been the most popular response to previous mass killings. But many law-enforcement officials say they are actually counterproductive. “Guns are already banned in schools. That is why the shootings happen in schools. A school is a ‘helpless-victim zone,’” says Richard Mack, a former Arizona sheriff. “Preventing any adult at a school from having access to a firearm eliminates any chance the killer can be stopped in time to prevent a rampage,” Jim Kouri, the public-information officer of the National Association of Chiefs of Police, told me earlier this year at the time of the Aurora, Colo., Batman-movie shooting. Indeed, there have been many instances — from the high-school shooting by Luke Woodham in Mississippi, to the New Life Church shooting in Colorado Springs, Colo. — where a killer has been stopped after someone got a gun from a parked car or elsewhere and confronted the shooter.

Economists John Lott and William Landes conducted a groundbreaking study in 1999, and found that a common theme of mass shootings is that they occur in places where guns are banned and killers know everyone will be unarmed, such as shopping malls and schools.

I spoke with Lott after the Newtown shooting, and he confirmed that nothing has changed to alter his findings. He noted that the Aurora shooter, who killed twelve people earlier this year, had a choice of seven movie theaters that were showing the Batman movie he was obsessed with. All were within a 20-minute drive of his home. The Cinemark Theater the killer ultimately chose wasn’t the closest, but it was the only one that posted signs saying it banned concealed handguns carried by law-abiding individuals. All of the other theaters allowed the approximately 4 percent of Colorado adults who have a concealed-handgun permit to enter with their weapons.

“Disarming law-abiding citizens leaves them as sitting ducks,” Lott told me. “A couple hundred people were in the Cinemark Theater when the killer arrived. There is an extremely high probability that one or more of them would have had a legal concealed handgun with him if they had not been banned.”

Lott offers a final damning statistic: “With just one single exception, the attack on congresswoman Gabrielle Giffords in Tucson in 2011, every public shooting since at least 1950 in the U.S. in which more than three people have been killed has taken place where citizens are not allowed to carry guns.”

The ghouls won’t tell you of these facts, not surprisingly.

Lenore Skenazy, the author of Free-Range Kids: How To Raise Safe, Self-Reliant Children Without Going Nuts With Worry, notes that Newtown wasn’t the worst school massacre in American history…

In the end there were 38 children dead at the school, two teachers and four other adults.

I’m not talking about the horrific shooting in Connecticut today. I’m talking about the worst school murder in American history. It took place in Michigan, in 1927. A school board official, enraged at a tax increase to fund school construction, quietly planted explosives in Bath Township Elementary. Then, the day he was finally ready, he set off an inferno. When crowds rushed in to rescue the children, he drove up his shrapnel-filled car and detonated it, too, killing more people, including himself. And then, something we’d find very strange happened.

The fact is, Newtown was an unspeakable horror.

As Lott notes, what taking guns away from law-abiding citizens gets you is more dead people when they explode out of their deranged alternative universe.

The Clackamas shooting earlier last week could have been far, far worse but for the fact that a law-abiding citizen with a concealed-carry permit challenged the shooter and put an end to his murder spree…

Nick Meli is emotionally drained. The 22-year-old was at Clackamas Town Center with a friend and her baby when a masked man opened fire.

“I heard three shots and turned and looked at Casey and said, ‘are you serious?,’” he said.

The friend and baby hit the floor. Meli, who has a concealed carry permit, positioned himself behind a pillar.

“He was working on his rifle,” said Meli. “He kept pulling the charging handle and hitting the side.”

The break in gunfire allowed Meli to pull out his own gun, but he never took his eyes off the shooter.

“As I was going down to pull, I saw someone in the back of the Charlotte move, and I knew if I fired and missed, I could hit them,” he said.

Meli took cover inside a nearby store. He never pulled the trigger. He stands by that decision.

“I’m not beating myself up cause I didn’t shoot him,” said Meli. “I know after he saw me, I think the last shot he fired was the one he used on himself.”

And meanwhile, the ghouls on the Far Left are blaming this on the NRA. From Twitter comes some of the most vile, clownish screeching imaginable (Hat tip: Gateway Pundit, via Freedom’s Outpost)… Beyond the hideously offensive nature of these poisonous exclamations comes a key failure of analysis – namely, the reason nobody wants to shoot up the NRA headquarters is that it’s FAR more dangerous to do so than to attack a place where nobody has a gun. Attack the NRA and you’ll find people who are armed and know how to use their weapons.

But the semi-deranged ghouls attacking the NRA fail to understand they’re attacking their own constitutional rights with that intemperate invective.

The freedom to own a gun isn’t just a policy. Our Founders imbedded that freedom just as deeply in our constitution as that of speech, religion and the right to a fair trial. They did it for a purpose – they wanted a nation of people capable of defending themselves and thus independent of government power.

It’s interesting that the gun control ghouls on one hand ask how anyone expects to protect himself from a government which has tanks and missiles and nukes with a mere rifle, and on the other hand questions why anyone should need an AR-15. That incongruity shows the disconnected character of their position and their lack of understanding of the principle involved in the 2nd Amendment.

The right to bear arms is meant to caution our government that it is not sovereign in America. The people are sovereign in America. Our Founders wanted to insure that the largest army in the country was made up of civilians, and the 2nd Amendment provides that insurance. They wanted the people to have an ability to solve their own problems – with criminals, foreign invaders and a tyrannical government.

The ghouls have a problem – namely, their problem is they don’t like the constitution the Founders gave us. They’re the very people the Founders were attempting to check when they signed on to the Constitution in the first place.

Should we have a gun control debate in the wake of Newtown? Should we have a policy debate at all? I think not. I think we should use Newtown as a lesson to become better individuals, to love one another, to reach out to those who might become Adam Lanza before they are completely lost to the real world.

And maybe to get a gun, and learn how to use it.

Government can’t protect us from the next Adam Lanza. We can possibly protect ourselves. But what we must not do is surrender the constitutional rights our ancestors died to bestow upon us. The facts don’t warrant it and the threat inherent in surrendering those rights is too grave. Ask the victims of Nazi Germany, Soviet communism, Pol Pot’s Cambodia and other regimes where government-sponsored slaughter followed gun control.

But most of all, by redefining our public policy in the wake of Newtown we are admitting that the Adam Lanzas among us are the rule, rather than the exception, and we should all be treated as society would treat him. The evidence, and the freedoms given us by our Founders, don’t support such an admission.

Better to live up to the society our Founders envisioned than be dumbed down to the wishes of the ghouls.

Interested in more national news? We've got you covered! See More National News
Previous Article SARGE: Cowardice And Gun Control
Next Article Meanwhile In Texas, Another Deranged Lunatic Is Stopped In His Tracks