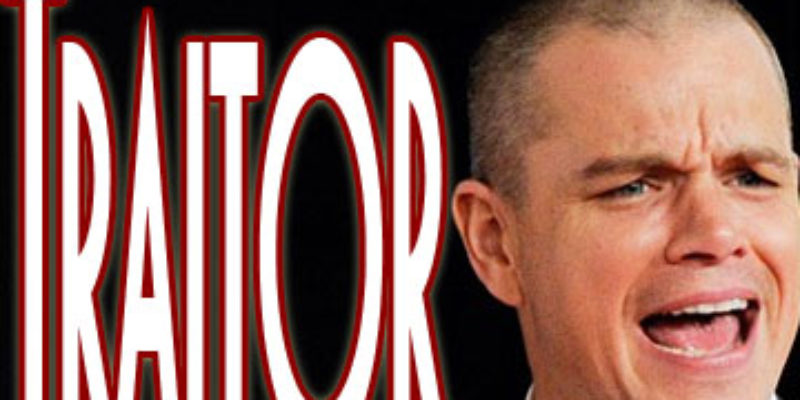 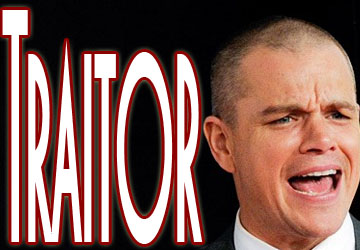 …it opens next month.

It’s a propaganda film, and it’s pure BS. There is no evidence that hydraulic fracturing causes farmland to become unproductive the way it’s depicted in Promised Land. We’ve been fracking for 60 years in this country and if fracking destroyed farmland we would know about it.

We don’t know that.

But what we do know is that the financing of Damon’s anti-fracking propaganda film comes from the United Arab Emirates. As in, an Arab OPEC nation. Whose interests are significantly damaged by the kind of full-scale domestic U.S. oil and gas production fracking holds the key to.

Meaning Matt Damon has worked with foreign interests to make a movie which is not based in fact and would have the intended effect of turning American public opinion away from something which is in our national economic and security interests, and by doing so he is serving the interests of his foreign pals at the expense of his countrymen.

Not to mention his foreign pals haven’t just financed Matt Damon’s movie. They’re funded other things which are not in America’s interests as well.

What do you call this? We have a word for it, and it’s a strong word.

This is the trailer…

This was Matt Damon attempting to defend himself against the obvious question – how does he justify taking Big Arab Oil money to make his movie about greedy national gas companies?

And this is the truth of what fracking can do for a community, and the nation at large…

Does Matt Damon believe the British don’t care about their environment? Brits are smarter than the American rubes who have made Damon a movie star, so obviously they wouldn’t make an ill-advised decision about their future.

Of course they wouldn’t.

What a surprise, then, that the British government has now decided to aggressively pursue hydraulic fracturing and develop their considerable shale gas reserves.

One less customer for Matt Damon’s financiers, as it turns out.

This movie isn’t just anti-fracking, it’s anti-American. It represents collusion between foreign powers and Hollywood to attack our economic interests.

And Damon’s future films should be boycotted and protested.

If Damon wants to make movies, then he should make movies. If he wants to get into politics, he can do that. But if Matt Damon wants to propagandize on behalf of hostile foreign interests, then he needs to suffer some consequences for it – to his career and to his reputation.

The time for left-wingers to attack our economy and national security with impunity is over. We’ve stood by and watched it for too long and now they control every cultural institution they care to control. We have to put a stop to it. Ruining the opening of Promised Land is a good way to begin.