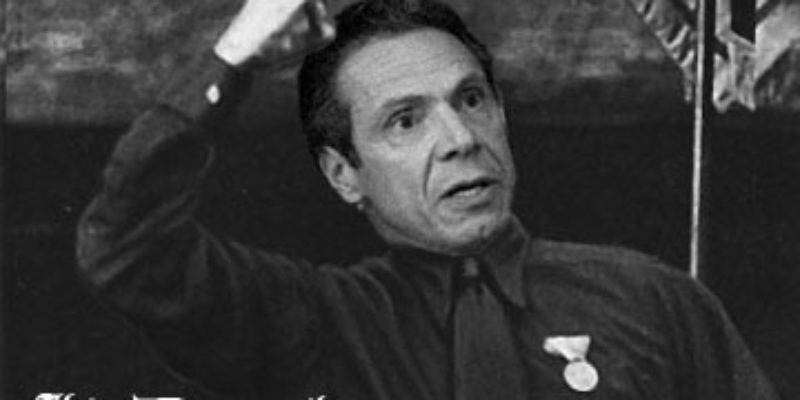 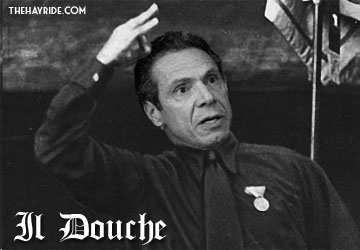 The discussion on whether New York state should pass further infringements on citizens’ Second Amendment rights was dispensed with before it even started as sweeping gun control legislation was rushed through the State Capitol and quickly signed by Democratic governor Andrew Cuomo.

The New York Secure Firearms and Ammunition Enforcement Act of 2013 was adopted by an over two-to-one margin in the State Senate, a chamber John Fund accurately calls a RINO preserve as (nominal) Republicans have a plurality and operational control, and by an even larger margin in the Democrat-dominated Assembly.

Critics of the legislation have accused the gun control bill as having more to do with advancing the presidential ambitions of Cuomo than protecting people from gun violence. Republican State Senator Greg Ball of Patterson said as much in opposing the legislation.

The grandly titled anti-Second Amendment legislation had as odious of a creation as you’ll ever see.

In a move further rankling opponents, the bill was accelerated through the legislature despite the state’s constitutionally mandated three-day layover period between a bill’s introduction and consideration (Article III, 14), a provision intended to allow discussion and time for legislators to review the actual bill to be voted on.

However, the grace window was waived by Governor Cuomo as crowds of customers filled up gun shops in New York.

Cuomo would have made Huey Long proud in his legislative stampede under the guise of a faux emergency, contempt for the deliberative process, consolidation of state power and his brazen celebration of it all.

The legislation was broad in scope: prohibiting the sale of “high capacity magazines” and ammunition clips that can hold more than seven rounds; compelling owners of “assault weapons” to register them with the state while also expanding the definition of what constitutes an “assault rifle”; requires stolen guns to be reported to authorities within 24 hours; obligates ammo dealers to perform background checks on purchasers and to report all ammunition sales to the state; creates a reporting system in which therapists must notify “concerns” about a patient’s suspected inclination to inflict harm on others to the state and thus empowering mental health professionals to order the seizure of an individual’s firearm; and expands background checks to cover virtually all gun transactions, commercial and individual.

And in one of its most absurd parts, at least from an enforcement standpoint, the bill does not ban ownership of gun magazines with a capacity greater than seven rounds, though it makes illegal loading more than the allowed number.

The legislation does even more, though the one thing it does not do is prevent another Sandy Hook tragedy from playing out, since the weapons used in the school massacre were illegally obtained, stolen by the killer from his mother, a lawful gun owner.

Aside from giving Cuomo the Lesser his much-coveted national attention from the media and appreciation from the Democratic Party’s influential anti-gun lobby, the “imperial” legislation of questionable constitutionality basically deputizes therapists to arbitrarily initiate gun grabs based upon their opinion and, with its brisk adoption, inviting little input from the governed.

Governor Cuomo gushed about how his state “did something”, though that “something” is nothing more than an assault on American civil liberties.

What happened in New York was a travesty to the legislative process and the rights of its citizens.

Republican legislative collaborators who went along with Governor Cuomo’s arrogant power play need to quit pretending to subscribe to the party’s principles of limited government and no longer contaminate the party’s ranks with their presence. Those who refuse to leave should be escorted out via intraparty contest.

While Republicans cannot be expected to agree on all matters, there can be no justification for this vote, unless they’re rooting for Cuomo to be the Democratic presidential nominee in 2016. An argument can be made that the New York GOP is in the sorry state it’s in because of its identity crisis, since posturing as “efficient” Democrats hasn’t paid dividends.

There’s a good reason why New York has a Conservative Party.

Andy Cuomo’s trophy bill is a testament of what Americans can expect if the Left is given carte blanche to run Washington: a government that disregards process, reality and freedom.

Interested in more national news? We've got you covered! See More National News
Previous Article How Extreme Is Our Cultural Problem? How About This Extreme?
Next Article Fleming Trashes Obama’s Gun-Control Show On Fox Business Channel