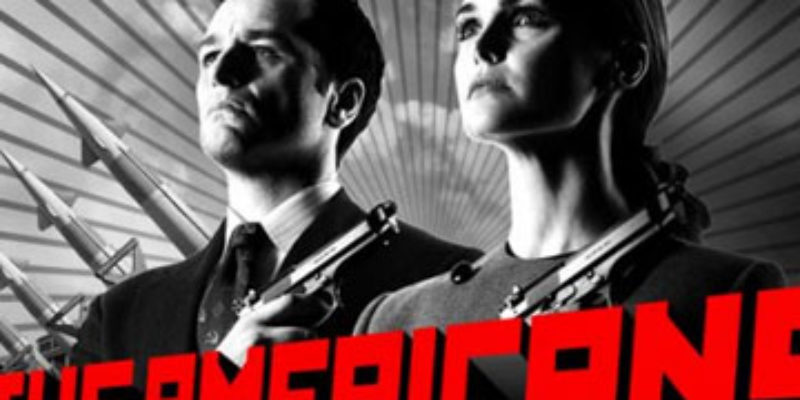 Somewhere, Joe McCarthy is looking down and shaking his head in sadness. And muttering, “See? This is what you get.”

Briefly sidelined by Sandy, FX’s The Americans started production in New York in December and gets a speedy launch on the network later this month.

The thriller, which stars Keri Russell and Matthew Rhys as embedded Soviet spies in 1981 Washington, DC, made an appearance during Wednesday’s Television Critics Association winter press tour — and producers were quick to emphasize who viewers should be rooting for.

“It might be a little different to believe and get used to, but we want you to root for the KGB,” said EP Joel Fields. “They’re going to try to get the Soviets to win the Cold War.”

History knows they’re fighting a losing battle, but the creative team behind the high-profile launch expressed a confidence that more than enough time has passed for American audiences to not hold a grudge.

“If you tried to tell a story like this about al-Qaeda now, it would be impossible; no one would want to hear it,” Fields continued. “I feel even the same could have been said up to 10 years after the cold war ended.”

But wait, if that’s not bad enough there’s a punch line courtesy of Joe Weisberg, the creator of this debacle…

As a closing pitch to root for the bad guy protagonists, Weisberg said he wanted viewers to take a hard look at both sides of the Cold War.

“These were these really competing value systems,” he said. “And there’s no question that repressive socialism failed, but unbridled consumption hasn’t exactly led to great satisfaction — and one problem is how do we express that dramatically.”

“Unbridled consumption” is what this communist bastard calls free enterprise and individual liberty. “Hasn’t exactly led to great satisfaction” is his assessment of the greatest civilization the world has ever known.

“Great satisfaction” compared to what? The Gulag Archipelago?

Don’t watch The Americans. Or watch it once, to find out who the sponsors are so that you can boycott them.

This is the second openly pro-Soviet television property to disgrace the airwaves, following Oliver Stone’s “Untold History of the United States,” which aired on Showtime and flat-out regurgitated Cold War-era Soviet propaganda in an effort to paint America as an evil, warmongering nation.

What this means is Hollywood is lost beyond redemption. We need an alternative to Hollywood, and we need it now.