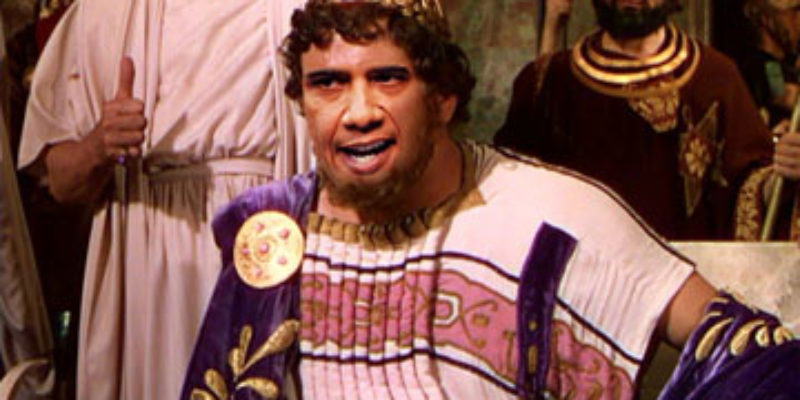 MacAoidh found this and put it on his Facebook. So I thought I’d put it here. People tell me I need a Facebook an’ a Twitter. I’m thinkin’ about it. But I spend enough time here.

Anyway, does this ring a bell? It’s Pete Ustinov as Nero in Quo Vadis, which is an ol’ movie about Christians and Lions and Roman tyrants…

No, I can’t tell you who played Saul Alinsky in Quo Vadis. I only saw that flick once.

But this idea of burnin’ down what the regular folks have so you can remake the place in your image? It’s a pretty old idea. Back in the ’50’s when they made Quo Vadis it was considered a flat-out evil idea – and especially when you find somebody to blame for your burnin’ down what the regular folks have (Nero pinned it on the Christians; Obama pins it on Rush Limbaugh and Fox News) they thought that was pretty bad form.

Steve Kroft and Bob Schieffer and Martha Raddatz and Candy Crowley might as well be the suckups in togas listenin’ to ol’ Pete talk about how he’s the Supreme Artist. All you see out of those “professionals” where Obama’s concerned is… 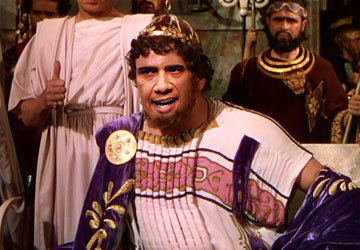 And I’ve mentioned this before, but I’m truly alarmed about it: What we are witnessing is the full and seamless fusion of media power with government power.

The media used to hide it a bit, in their actions; they would temper their scorn of conservatism, throw them a bone now and again just to prove they were capable of such a thing.

No longer. The media no longer hides it in their actions. They are fully fused with the Obama Administration and DNC. The only way in which they do hide it is by simply lying when confronted about it: They’ll issue a snide denial, then go about doing precisely what it is they were accused of doing.

This is dangerous and unhealthy. I keep banging this drum but honestly, some patriotic billionaires do have to band together to purchase or build a media outlet. The outlet would be founded upon a simple premise: that it is dangerous and ultimately fatal for democracy for media power to fuse with government power, that the adversarial press is vital.

Fox alone isn’t enough. For one thing, any venture needs competition; Fox doesn’t really have competition, not for the audience it’s targeting.

For another thing, frankly, look: Fox is often pitched too low to do any good with any but the already-alarmed. (Which I consider to be possibly a function of a lack of competition.)

The media considers its adversarial function to consist of serving as adversaries to critics of Obama and the Democrats; thus Terry Moran shaming himself by rushing out to ask what right a Senator has to question the Secretary of State on matters of foreign policy.

They do not consider themselves required to exert any adversarial pressure on governmental power itself (at least not so long as it is held by socialist Democrats; why sure, they’ll rough up John Boehner!).

Nero thought it’d be a good idea to just burn everything down and start over because nobody in his clique had the huevos to say “Dude, that’s a shit idea and if you do it they will come and bust you one.” Obama? The media licks his taint for the joy of it and all of his people grew up in the same red-diaper nutjob culture Obama did, and they all think it’s cool to burn down a capitalist society. So the only pushback Obama gets is from people he hates. Zero influence on him at all, just like he wants it.