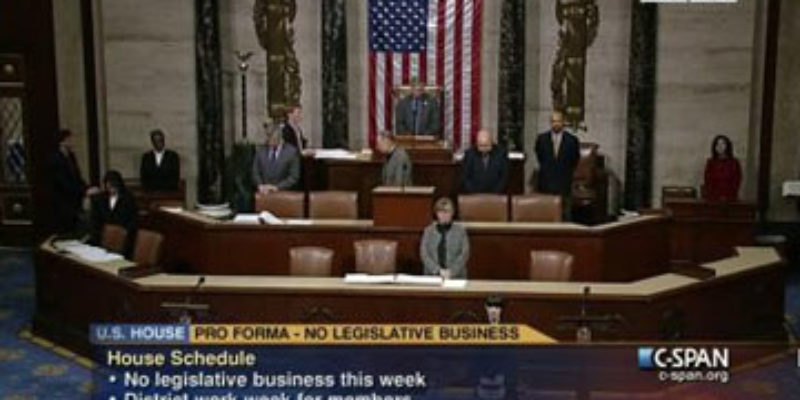 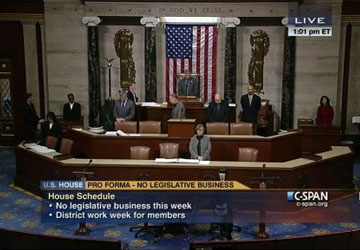 Over the course of our Republic, Presidents have often tested the limits of their constitutional power. Without the checks provided for in the Constitution, our Executive branch would easily have digested the other two long ago. But as long as the Legislative and Judicial branches invoke their constitutional responsibility, Executive overreach is contained. When they fail to act, the balance of power is shifted and the loss of Liberty is the price we pay.

So it should have come as no surprise when the President began to nominate extremists like Van Jones and Craig Becker. He explicity intended to test the limits of his power. Aided by Senator Harry Reid he would bypass the Senate’s confirmation process by waiting for Congress to recess, thus allowing him to invoke his recess appointment power. Reid would acquiesce, protecting vulnerable Democrat Senators from having to vote on controversial nominees.

However, the President and Senator Reid neglected to consult one document; namely, that “Little Book” in Piers Morgan’s parlance. It turns out that the Constitution reads in Article 1, Section 5, “Neither House, during the Session of Congress, shall, without the Consent of the other, adjourn for more than three days…”

Many senior Congressmen of both parties ridiculed the idea, noting that it would require a Congressman to stay in Washington even during Holidays to hold pro-forma sessions; possibly interfering with campaign events back home. While not enthusiastic about the idea the Speaker agreed, conditioning that it would be my responsibility, along those who joined this cause, to run those Sessions that he was not obligated to perform.

Throughout the rest of the year, during the 4th of July, Labor Day, Thanksgiving and Christmas holidays we were committed to keeping the House in session. Some Members of Congress did so at great sacrifice. However, we all remained steadfast in the belief that if President Obama’s nominees were so controversial that they could not survive a Senate confirmation, they need not serve.

Greatly irritated by our actions, the President and Senator Reid finally decided just to ignore the Constitution and appoint three controversial nominees to the National Labor Relations Board. Last week a federal appeals court ruled that the President violated the Constitution. The matter is now headed to the Supreme Court, and the ultimate result of the case might well change the entire trajectory of the Obama presidency.

While Liberals brand us obstructionists, denying the President the ability to make controversial recess appointments protects the process and the American people. These recess appointments were made in an effort to appease Unions and to prevent Boeing from legitimately expanding its factory in South Carolina and creating American jobs. All at a time when many American companies have moved production to China.

These are the types of street fights that the Republican Party belongs in; preserving the Constitution while protecting American jobs. That’s a winning message!