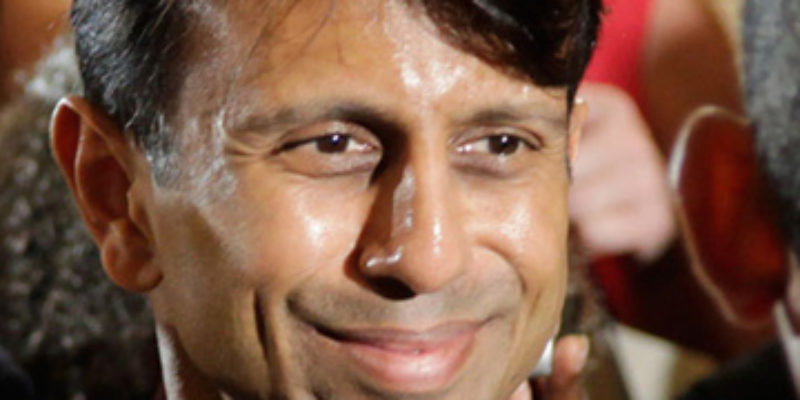 We’ve been waiting for this for five years. It’s about time. From a statement Gov. Bobby Jindal’s office put out earlier this afternoon…

“We are meeting with every legislator over the coming weeks to discuss the details of the tax reform plan. Our goal is to eliminate all personal income tax and all corporate income tax in a revenue neutral manner. We want to keep the sales tax as low and flat as possible.

“Eliminating personal income taxes will put more money back into the pockets of Louisiana families and will change a complex tax code into a more simple system that will make Louisiana more attractive to companies who want to invest here and create jobs.

“The bottom line is that for too long, Louisiana’s workers and small businesses have suffered from having a state tax structure that is too complex and that holds back economic prosperity. It’s time to change that so people can keep more of their own money and foster an environment where businesses want to invest and create good-paying jobs.”

The Monroe News-Star says that would mean going to a state sales tax of seven percent, which would be up from four percent. That would seem like a whopping number, but you’ll hear lots of people talk about how taxing consumption, rather than income which could be used for savings and investment, is a far better idea.

Undoubtedly there would be calls to exempt things like food from the sales tax, which could work.

Jindal is meeting with a ton of state legislators this week on the issue. Eliminating the income tax has been an item of discussion in conservative circles seemingly forever and has come up a few times at the legislature, including in 2008 when Democrats ran it out there as a gag – and it almost passed, and might well have had Jindal not turned three different colors about it at the time. It’s been especially kicked around in the last few weeks, after Jindal appointed Tim Barfield as the state’s Revenue Secretary and specified that Barfield would be charged with a redesign of the state’s tax system.

In Texas, there is no state income tax. Texas’ economy has been a major drain on capital, investment and talent from Louisiana’s economy for a very long time.

Jindal has recognized this. Jindal needs to do big things if he wants to build a case for election in the 2016 GOP presidential primary. Eliminating state income taxes now offers the opportunity to put a major policy skin on the wall and potentially put some major wind in the state’s economic sails between now and the primary – which Jindal could take credit for.

Wiping out the state income tax would also wipe out the billions of dollars in “loopholes and tax credits” the Left constantly complains about – because if there’s no income tax, there is no reason to offer exemptions from it anymore.

Frankly, this should have been proposed and pushed years ago. It’s great to see it launched today.

UPDATE: A great comment from Gabriel Malor at Ace Of Spades…

The immediate, unavoidable response will be protestations from Democrats that the income tax is the primary tool by which they can redistribute wealth from successful people to layabouts.

Gov. Jindal’s response to that should be a smug smile and a single admission: “I know.”