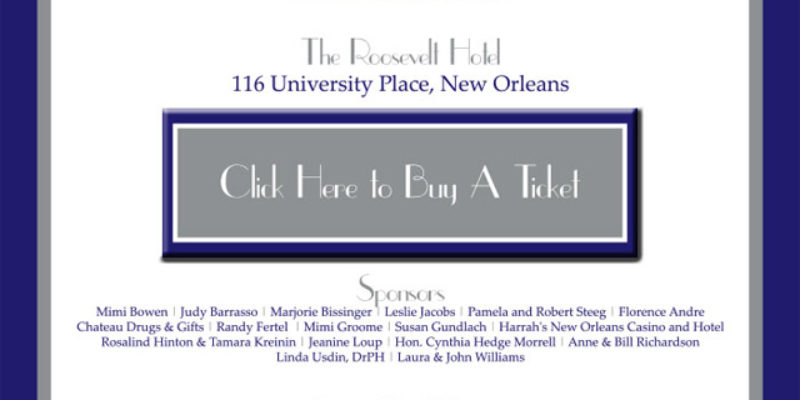 Guess what just wrapped up down in the Big Easy?

We can put aside the head-shaking about the fact Sandra Fluke would be invited on the rubber-chicken circuit in the first place – as though she qualifies as some sort of expert on “reproductive rights” based on the fact that she held herself out to publicly lament having to spend nine bucks a month on birth control pills at Target.

That’s bad enough, and if you want to stew on the fact that the New Orleans-area supporters of an abortion outfit who last year wiped out the equivalent of the Ocala, Florida metropolitan statistical area – or, if you prefer, the equivalent of the Alexandria and Lafayette MSA’s combined – thanks to $540 million of your tax dollars which they guarantee us didn’t pay for abortion because unlike in every other case Planned Parenthood’s money isn’t fungible, you can certainly do that.

You could also consider that nationally, 40 percent of the abortions in the country – of which Planned Parenthood is the leading provider – are performed on black fetuses, and blacks are only 13 percent of the country. What are the statistics in New Orleans, which has, proportionally, a black population which is nearly five times that of the nation in the city proper or between double and triple the national number where the metro area is concerned? It’s hard to say – a web search for those statistics didn’t turn up anything useful. It’s not difficult to imagine that Planned Parenthood’s New Orleans operation – which according to its website doesn’t perform abortions but has “trained staff to discuss your options with you if you are pregnant” and surely that includes facilitating somebody else’s performing the procedure – is processing a higher percentage of abortions among black fetuses than the national average.

This ought to make black folks pretty nervous about Planned Parenthood, and particularly in New Orleans. That Planned Parenthood was founded by Margaret Sanger, who was more or less a genocidal racist and who used to go around to Klan meetings and speak about the efficacy of using abortion to reel in the population of “undesirable” groups – that was known as “eugenics” back in the day, but you won’t hear all that much about it from the Left anymore, since the Nazis took that ball and carried it to the logical-conclusion end zone – probably ought to make them even more nervous.

Maybe it does. Looking at the list of sponsors and host committee for Planned Parenthood’s Sandra Fluke luncheon today – we don’t see Trojan on the sponsor list, which seems to indicate a missed opportunity – other than a tiny smattering of Democrat politicians like Cynthia Hedge-Morrell, Jared Brossett and Karen Carter Peterson, plus a few others, the folks named are fairly overwhelmingly the New Orleans Uptown white liberal set.

In a city which is overwhelmingly African-American and which has a quite sizable black professional class, that could be telling. Perhaps it’s a reflection that many blacks in New Orleans are aware of the mentality emanating from the New Orleans Uptown liberal set and aren’t all that enthusiastic about being on the host committee.

I grew up in New Orleans and dealt with those people on a pretty constant basis, and it is absolutely no secret why those folks support Planned Parenthood and its activities in the population-control milieu. That mentality can be summarized this way – “I won’t trade my address on St. Charles Avenue or Audubon Place for anything in the world, but just a few blocks away is a neighborhood where all of the people are black, nobody has a job, they’re all on drugs, nobody knows who their father is and nothing will ever change with them. And because they’re so close, I’m happy to have high taxes – I can afford it, after all – so that the government can pay to keep those people somewhat comfortable. Because if we don’t have high taxes and lots of government programs to keep them comfortable, it’s only a matter of time before those people show up on St. Charles Avenue or Audubon Place like it’s the L.A. riots and I’m a sitting duck.”

No thought toward doing much to help “those people” on an individual basis, mind you, or to promote advancement or improvement. Those things are the government’s job, after all. But because of that hopeless attitude, they’ve got no problem whatsoever with aborting as many of “those people” as possible. So their “charitable” activities start with supporting the outfit in New Orleans that facilitates black people having abortions.

That this is how Sandra Fluke will be making her living is worth noting, don’t you think?

ADDENDUM: Yes, Planned Parenthood does lots of things in the women’s health care realm which don’t involve abortion. So do lots of other folks who don’t do or facilitate abortions at all. How come those folks don’t have a host committee for Sandra Fluke?