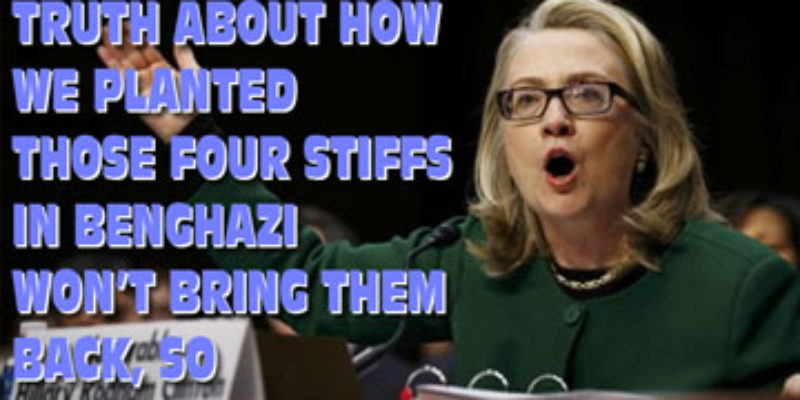 I don’t have time to go through the parade of horrors that was outgoing Secretary of State Hillary Clinton’s testimony in front of the Senate hearing on Benghazi this morning, other than to say they have now recreated the Byzantine Empire in Washington, DC.

It was a complete slap in the face to the American people. A solid wall of lies being thrown between this administration and the public, with the Democrats on the committee – and who could expect anything honest or honorable to come from a committee chaired by the vile, filthy and corrupt Bob Menendez? – providing the mortar to Clinton’s bricks.

But there were some highlights. John McCain arose from his slumber to call Clinton out for her abject dishonesty. Ron Johnson turned her into a wild shrew with questions about the administration’s falsehoods in the aftermath of the massacre.

But nobody gave her the business the way Rand Paul did. He ridiculed her presentation from tip to toe in five minutes’ time.