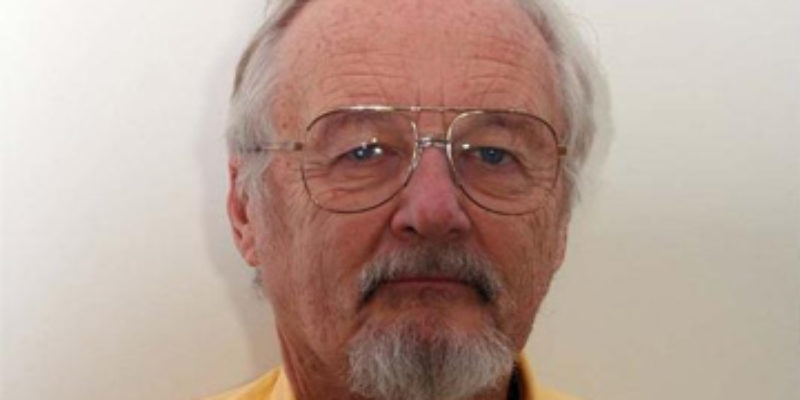 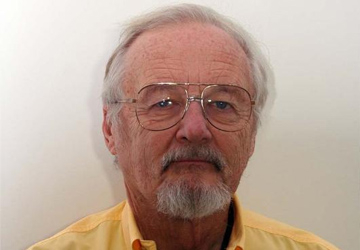 Donald Kaul is one of those dudes they wrote the Second Amendment to protect the people from.

Donald Kaul writes columns for newspapers that nobody reads (the papers or his columns; nobody reads either), and he’s apparently paid by a George Soros-funded think tank that runs a syndication service. But because nobody reads his crap, he decided to write a gun control one with a little mustard on it so as to gin up some attention for himself.

It’s the typical angry-tough guy-lefty piece that ran in the Des Moines Register on Dec. 29, about the same time that fishwrap outside of New York City was publishin’ the names and addresses of all the gun owners in Westchester County and Rockland County up there (and it comes out that said fishwrap employs armed guards for security, which seems to suggest that their ideological scruples aren’t all that sync’ed up with reality in this world). This is what Donald Kaul said…

“Here, then, is my ‘madder-than-hell-and-I’m-not-going-to-take-it-anymore’ program for ending gun violence in America:

• Repeal the Second Amendment, the part about guns anyway. It’s badly written, confusing and more trouble than it’s worth. It offers an absolute right to gun ownership, but it puts it in the context of the need for a “well-regulated militia.” We don’t make our militia bring their own guns to battles. And surely the Founders couldn’t have envisioned weapons like those used in the Newtown shooting when they guaranteed gun rights. Owning a gun should be a privilege, not a right.

• Declare the NRA a terrorist organization and make membership illegal. Hey! We did it to the Communist Party, and the NRA has led to the deaths of more of us than American Commies ever did. (I would also raze the organization’s headquarters, clear the rubble and salt the earth, but that’s optional.) Make ownership of unlicensed assault rifles a felony. If some people refused to give up their guns, that ‘prying the guns from their cold, dead hands’ thing works for me.”

Killin’ people who disagree with him works for Donald Kaul. Did you get that?

Anyway, it’s funny he brings up commies. Because y’know what the first thing is commies do when they take over?

That’s right. They go for your guns.

That’s what the Soviets did after the Russian revolution. And in Pravda, no less, this week there’s an article which tells Americans that the last thing we want to do is give up our guns to the government. Writer Stanislav Mushin says that when the Tsars ruled Russia everybody was armed, but that changed starting in the civil war…

This well armed population was what allowed the various White factions to rise up, no matter how disorganized politically and militarily they were in 1918 and wage a savage civil war against the Reds. It should be noted that many of these armies were armed peasants, villagers, farmers and merchants, protecting their own. If it had not been for Washington’s clandestine support of and for the Reds, history would have gone quite differently.

Moscow fell, for example, not from a lack of weapons to defend it, but from the lieing guile of the Reds. Ten thousand Reds took Moscow and were opposed only by some few hundreds of officer cadets and their instructors. Even then the battle was fierce and losses high. However, in the city alone, at that time, lived over 30,000 military officers (both active and retired), all with their own issued weapons and ammunition, plus tens of thousands of other citizens who were armed. The Soviets promised to leave them all alone if they did not intervene. They did not and for that were asked afterwards to come register themselves and their weapons: where they were promptly shot.

Of course being savages, murderers and liars does not mean being stupid and the Reds learned from their Civil War experience. One of the first things they did was to disarm the population. From that point, mass repression, mass arrests, mass deportations, mass murder, mass starvation were all a safe game for the powers that were. The worst they had to fear was a pitchfork in the guts or a knife in the back or the occasional hunting rifle. Not much for soldiers.

The Russian commies weren’t necessarily the first tyrant scumbags who decided to disarm the hooples to make their job easier. But every bunch of commies who came after them did the exact same thing. Mao and his gang did it in China, and that made it pretty easy to do otherwise crazy stuff like the Great Leap Forward and the Cultural Revolution, in which they planted tens of millions of their own people based on dumbass ideas no more well thought out than the swill Donald Kaul offered in his column. Anywhere else, where the population was packin’, and somethin’ like the Cultural Revolution would have set off a civil war that would have finished Mao off pretty quick.

Another good example of the commies gun-grabbin’ before doin’ somethin’ absolutely horrible was in Cambodia – where Pol Pot had the same attitude about the value of people who disagree with him that Donald Kaul has. And he showed that compassion for his fellow man by first goin’ in and taking everybody’s piece, and then makin’ pieces-parts out of one third of the population.

That’s right. The Khmer Rouge took everybody’s gun and then killed a third of the people of Cambodia.

So there’s a track record out there. Not just of commies – the Nazis were pretty prominent gun-grabbers, too – but of people who think the same things about folks who believe in gun rights that Donald Kaul does.

Donald Kaul, who writes columns for newspapers and supposedly has done so for like 50 years (I’ll take that on faith because I never heard of this douche until a couple days ago), probably ought to know this stuff. But it apparently doesn’t bother him.

And in my book, that makes Donald Kaul a freakin’ monster. Like I said, Donald Kaul is the exact guy the Founders wrote the 2nd Amendment to protect the folks against.

“What country can preserve its liberties if its rulers are not warned from time to time that their people preserve the spirit of resistance? Let them take arms.”

“Americans have the right and advantage of being armed – unlike the citizens of other countries whose governments are afraid to trust the people with arms.”

“The best we can hope for concerning the people at large is that they be properly armed.”

Oh, and my man TJ again:

“A strong body makes a strong mind. As to the species of exercise I advise the gun. While this gives moderate exercise to the body it gives boldness, enterprise and independence to the mind. Let your gun, therefore, be the constant companion of your walks.”

Y’all ever heard of George Mason? He was a Founder, though he doesn’t get as much credit as he should. George Mason wrote the Declaration of Rights in Virginia’s state constitution which more or less was the model for the U.S. constitution’s Bill of Rights. What did he say about gun rights?

When the resolution of enslaving America was formed in Great Britain, the British Parliament was advised by an artful man, who was governor of Pennsylvania, to disarm the people; that it was the best and most effectual way to enslave them; but that they should not do it openly, but weaken them, and let them sink gradually…I ask, who are the militia? They consist of now of the whole people, except a few public officers. But I cannot say who will be the militia of the future day. If that paper on the table gets no alteration, the militia of the future day may not consist of all classes, high and low, and rich and poor..

People like Donald Kaul bring this BS argument that says the Founders never intended for folks to have stuff like AR-15’s. Yeah? Read those quotes and you tell me whether that’s true. Because what I see in those quotes is that TJ and the crew wanted the folks to have every bit the same hardware the military and the cops had – because as Robert Heinlein said later, “An armed society is a polite society.”

Laws that forbid the carrying of arms… disarm only those who are neither inclined nor determined to commit crimes… Such laws make things worse for the assaulted and better for the assailants; they serve rather to encourage than to prevent homicides, for an unarmed man may be attacked with greater confidence than an armed man.

And as far as I can tell, TJ never made it to Chicago – especially last year, where in a place with gun laws so obnoxious the Supreme Court threw them out as unconstitutional they had FIVE HUNDRED MURDERS last year. Think he woulda changed his opinion if he was around to see that?

Donald Kaul’s response to this?

“I would tie Mitch McConnell and John Boehner, our esteemed Republican leaders, to the back of a Chevy pickup truck and drag them around a parking lot until they saw the light on gun control. And if that didn’t work, I’d adopt radical measures.”

In other words, he says, shut up or I’ll kill you. Or I’ll at least fantasize about killin’ you.

Well, there’s only one way to respond to this nasty old man who wants people who disagree with him dead.

That’s to write him a letter and tell him you don’t appreciate his attitude.

And it’s just as easy to do that as it is to go to his house and tell him that in person. Donald Kaul’s address is…

And unless he’s a major-league hypocrite, which he might well be, Donald Kaul The Gun-Grabber is unarmed. Funny how he announces that to the world in his column, because what he’s saying to the people who don’t so much care what the gun laws are because they won’t follow them any more religiously than they do the laws against, say, burglary, or rape, or home invasion or murder is that if they should decide to come to his crib and walk off with all his shit he’s not too well equipped to do anything about it.

Particularly since he’s a geezer who had a heart attack in July. It’s not like he’s gonna put the kung fu on anybody.

Not that I’m suggesting anybody go to his crib and walk off with his shit. That would be illegal – and as it turns out it ain’t protected by the Constitution either. But if you’re in Ann Arbor sometime soon, it might be useful information to know where there’s a guy who thinks your 2nd Amendment rights aren’t important and who thinks if you disagree it’d be kinda cool if somebody took a cue from Lenin or Hitler or Mao or Pol Pot and rubbed you out.

Because Donald Kaul, feeble in mind and body though he might be, is still a lot bigger threat to your rights and your safety than anybody at the NRA is.

Interested in more national news? We've got you covered! See More National News
Previous Article WHOA! The Viral Letter To Sen. Feinstein You’ve Got To Read
Next Article HOLTON: Birds Of A Feather – Al Gore Sells Out To Qatar