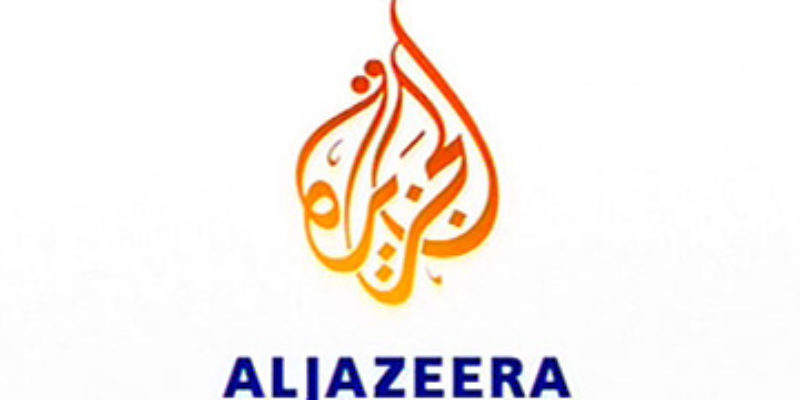 Al Gore has sold his failing Current TV television network. He’s pocketing some $100 million out of a $500 million sale of a media property whose ratings were beyond atrocious – which constitutes a 20 percent return on investment in a failing asset.

While that might be a capitalist triumph for Mr. Gore, who seems to persist in large-scale successes while advocating public policies which serve to limit the ability of others to achieve similar results, that’s not our primary interest here. Something else about the deal is.

Namely, that the buyer is none other than Al Jazeera, the infamous Islamist television network based out of Doha, Qatar (more on Qatar very shortly).

Gore released an interesting statement along with the announcement of the sale:

“Current Media was built based on a few key goals: To give voice to those who are not typically heard; to speak truth to power; to provide independent and diverse points of view; and to tell stories that no one else is telling.”

“Al Jazeera has the same goals…”

Particularly in light of the fact that Gore was approached by an American media operator, specifically Glenn Beck, but refused to sell…

Glenn Beck’s The Blaze approached Current about buying the channel last year, but was told that “the legacy of who the network goes to is important to us and we are sensitive to networks not aligned with our point of view,” according to a person familiar with the negotiations.

Al Jazeera, which once called Beck a terrorist, is one of the LEAST independent media outlets in the world. It was started by seed money provided by the emir of Qatar and is to this day owned by the Islamic state of Qatar.

Since when is state-owned media considered “independent?”

Moreover, it is very important to take into account the kind of state that owns Al Jazeera.

Qatar is an absolute monarchy, a dictatorship if you will. It’s “parliament” is no more than a consultative body, with no authority at all. In fact, its members are all appointed by the emir.

Qatar is also the only Wahhabi Islamic nation other than Saudi Arabia. Perhaps this is why Qatar is the only nation to have allowed the Afghan Taliban to establish a political office in Doha, the capital. Wahhabi Islam is the branch of Islam that gave birth to Al Qaeda.

Qatar is also a Shariah state. The government uses Sunni Shariah law as the basis of its criminal and civil regulations. Shariah is applied to all family law and inheritance issues as well.

But perhaps the most significant aspect of Qatar, the Wahhabi dictatorship that owns Al Jazeera, and now Al Gore’s Current TV, is its role in Jihad.

We know from the Wikileaks documents that US intelligence officials consider Qatar “the worst on counterterrorism.”

According to Wikileaks, Qatari security was “hesitant to act against known terrorists out of concern for appearing to be aligned with the U.S. and provoking reprisals.”

But U.S. officials may have reason to be suspicious of Qatar. Members of the royal family reportedly hosted Khalid Shaikh Mohammed, the 9/11 mastermind, in the late ’90s and may have helped him evade U.S. capture. In 2005, officials discovered another link between Qatar and al Qaeda: Qatar paid al Qaeda (and some speculate it may still be paying) millions of dollars each year so al Qaeda wouldn’t attack it. Qatar struck the deal before the 2003 Iraq invasion and renewed it in March of 2005, when an Egyptian suicide bomber attacked a theater in Doha. Many believed the bomber was part of al Qaeda. “We’re not sure that the attack was carried out by al Qaeda, but we ratified our agreement just to be on the safe side,” a Qatari official said at the time. “We are a soft target and prefer to pay to secure our national and economical interests. We are not the only ones doing so.”

It’s true: Qatar is one of many nations that have allegedly funded Islamic movements to save their own citizens, and that funding was another topic of discussion slated for last January’s meeting. “Officials should make known USG concerns about the financial support to Hamas by Qatari charitable organizations and our concerns about the moral support Hamas receives from Yousef Al-Qaradawi,” the December, 2009 cable said.

In other words, Qatar sends money to Al Qaeda, Qatar supports HAMAS and Qatari charities fund Jihad. Oh, we can’t allow that Qaradawi reference to get by…Regular readers of SFW are familiar with Yousef al Qaradawi. He is the world’s foremost Sunni Shariah scholar with extensive, longstanding ties to the Muslim Brotherhood. He was banished from his native Egypt by President Mubarak, and was given refuge by Qatar.

While in Qatar, Qaradawi managed to get banned from travel to both the US and the UK and he also headed up the Union of Good, an umbrella group of some 56 Islamic charities. The US Treasury Department designated the Union of Good as a terrorist entity a few years back.

Then there is this tidbit toward the end of The Atlantic article:

Beyond Qatar’s alleged funding of al Qaeda and its ties to Hamas and Iran, it has also tried to bolster its reputation by allowing money to flow freely through the country, no questions asked.

This is no doubt why Qatar is considered by the US as a significant source of funding for Jihadist terrorism.

According to the Wikileaks cables, the porous borders and ineffectual leaders of Gulf States like Saudi Arabia, Qatar, Kuwait, and the United Arab Emirates (UAE) contribute to “a critical financial support base for al-Qaida, the Taliban, [Lashkar-e-Taiba], and other terrorist groups, including Hamas.”

It is also significant that it was revealed in the 9/11 Commission Report (page 73) that Qatar provided safe haven in the 1990s to Khalid Sheikh Mohammed, who was the mastermind of the September 11th, 2001 attacks and went on to become Al Qaeda’s number 3 commander.

Finally, in closing, we circle back to Al Gore’s statement that Al Jazeera has the same goals as Current TV. Other journalists who have seen Al Jazeera up close and personal have been disturbed by what they have found. According to the AP:

David Marash, a former “Nightline” reporter who worked for Al Jazeera in Washington, said he left the network in 2008 in part because he sensed an anti-American bias there.”

Many would say that Al Gore, Current TV and Al Jazeera DO have a lot in common after all…

Interested in more national news? We've got you covered! See More National News
Previous Article Y’All Know Who And Where Donald Kaul Is?
Next Article More Brilliant Satire Of Gun-Grabbers, This Time On Facebook