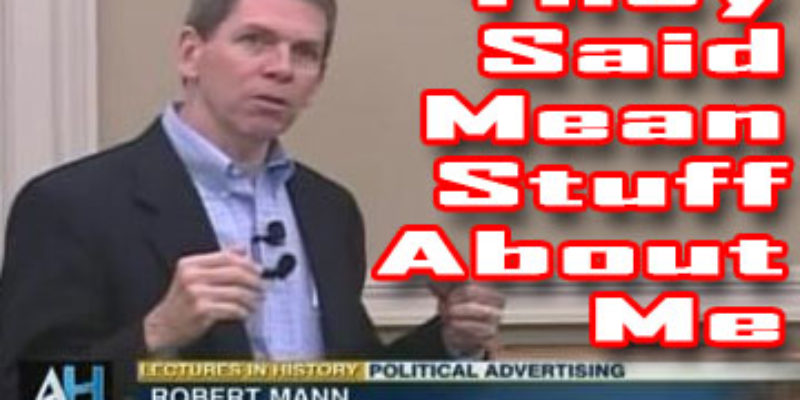 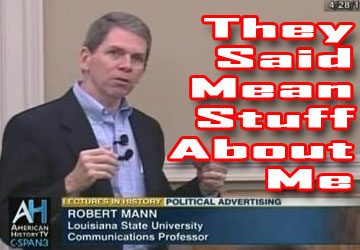 Our piece yesterday on the rather exotic, if not particularly original, economic theories of…ahem…Manship Chair of the Manship School of Mass Communications at LSU Bob Mann as expressed on his blog was not particularly well-received by its subject.

He was not amused, he says.

Sometimes pointing out reality is very annoying to those who live in a cloistered world in which Mitt Romney is president and Republicans have captured the U.S. Senate.

That didn’t happen, of course. But it came as an enormous surprise to those watch only Fox News and take their political cues from Karl Rove and Sean Hannity.

So, it was really not news to me that the good folks over at The Hayride should be so shocked to find someone questioning the discredited right-wing orthodoxy that is supply-side economics. That’s what I did yesterday in this post.

In a rather ugly broadside aimed at me (does every political or policy disagreement now have to be laden with personal insults?), the author of the piece seems truly amazed to learn that not everyone buys into the notion that slashing taxes will result in a massive revenue windfall for the government and creation of widespread utopia.

Mann, who came up in the world as a political operative for several old-school Democrat politicians – he served in various jobs under Russell Long, J. Bennett Johnston and John Breaux before latching on to Kathleen Blanco’s 2003 campaign and ending up as her press secretary – thinks it’s a personal insult to be called partisan and a former media flack. Because those were the ugliest things we said about him personally. One supposes he’s sensitive about his past employment, or that he takes himself awfully seriously. Most media relations people tend to laugh when you describe them as flacks.

And somebody who spent a quarter of a century in service to politicians of one party, many of those years focused on concocting strategy and messaging for those politicians, and is now writing a blog which offers daily attacks against politicians of a different party, can’t exactly complain when they’re described as “partisan.”

And yet, Mann took offense at being described in such a way.

He thinks that’s beneath the dignity he should be afforded – as the…ahem…Manship Chair of the Manship School of Mass Communications at LSU.

That’s unfortunate. One doesn’t do well to perturb His Lordship.

As a result, he says that we’re taking dictation from Karl Rove. Which should amuse our readers.

Our piece doing just that showed Lord Bob’s representation of supply-side economics as applied to state tax policy was based on left-wing partisan hackery, and this he barely challenged. He offered up a few non-contextual charts which he says proves that economic policy aimed at competitiveness and growth don’t promote competitiveness and growth. You’re welcome to look at them if you like; we don’t think they merit much exegesis.

And then he offered this up…

Perhaps I’m wrong (I often am), but I don’t see how just making the case that supply-side economics doesn’t work as advertised – a belief shared by hundreds, if not thousands, of economists – makes me a “partisan hack.”

In any case, The Hayride’s critique of my post brings to mind these wise words: “Observe which side resorts to the most vociferous name-calling and you are likely to have identified the side with the weaker argument and they know it.”

A belief shared by “hundreds, if not thousands, of economists?” Really? Lots of people agree with me, so I must be right? This is what passes for logical analysis from the…ahem…Manship Chair of the Manship School of Mass Communications at LSU?

And as we’ve said, Lord Bob’s curriculum vitae and the volume of offerings appearing at his current blog is what makes him a partisan hack, not his assertion Monday that higher taxes make for economic growth.

Two points on this: first, let’s just have a look at some headlines on Lord Bob’s blog. Do these sound like objective journalism, or partisan hackery?

Jindal’s “Meet the Press” interview: Who briefs this guy?

Bobby Jindal and his “hackish” defenders

Does Bobby Jindal have a prayer? Here’s mine

The GOP and Latinos: Will immigration reform change their relationship? Not likely

Jindal’s weak-soup speech to the RNC

Private Domain: The LSU Board and its appalling disregard of students

Jindal and the ALEC “snake oil”

Second, we looked and didn’t find any explanation in Lord Bob’s writings for why it is that Texas and Florida have seen revolutionary economic growth based on a model of far smaller state payrolls, no income tax, business-friendly regulatory and economic environments and more decentralized administration of things like health care and education than Louisiana has.

We’d like to know what Lord Bob’s theories might be on that question. Because belonging to a generation of Louisianans which saw the majority of our best and brightest pick up and leave the state for greener pastures rather than stick around and live under the kind of governance Lord Bob’s friends in the Louisiana Democrat Party had on offer from Huey Long through Kathleen Blanco, we’re fairly unconvinced about what he’s said so far.

The fact is that Lord Bob has spent his entire professional life defending a governmental model in which the state imposes large burdens on the productive sector so as to redistribute wealth to as many potential voters as possible. One might struggle, were one in Lord Bob’s shoes, with the fact that after decades of poor performance under such a model the voters of Louisiana have thrown it out on its ear. And one might emerge from such an observance with expressions such as you’ll find in the headlines above.

People aren’t leaving Texas for California, and they certainly weren’t leaving Texas for Louisiana until the last few years. Lord Bob can’t answer for that. What he can do is bite Bobby Jindal’s ankles from his cozy taxpayer-funded sinecure as the…ahem…Manship Chair of the Manship School of Mass Communications at LSU.

And when some of this is pointed out to Lord Bob, his response is…what was it again?

“Observe which side resorts to the most vociferous name-calling and you are likely to have identified the side with the weaker argument and they know it.”

Riiight. Feel free to review those headlines above and then peruse Lord Bob’s petard to see if he might swing from it sometime.

UPDATE: His Lordship retains his verbosity…

The friendly folks at The Hayride seem to be obsessed with me and my little blog.

First, there was this on Tuesday. And now this on Wednesday.

Read it all for yourself, but I rather like the idea of being called “Lord.”

In any event, his Lordship appreciates the attention.

By that measure, what’s up with his cyberstalking of Bobby Jindal?

We do find it instructive, if unsurprising, that Lord Bob fancies himself an aristocrat. He seems to embrace that status quite naturally. We think the idea of some people having title above others is noxious in American society; he doesn’t.

Why should he? The nobility has always profited off the labor of others, and Lord Bob’s political party has embraced such a philosophy since its inception. First it was slavery, now it’s the welfare state and our leisured elite. Nothing much changes in Lord Bob’s world.